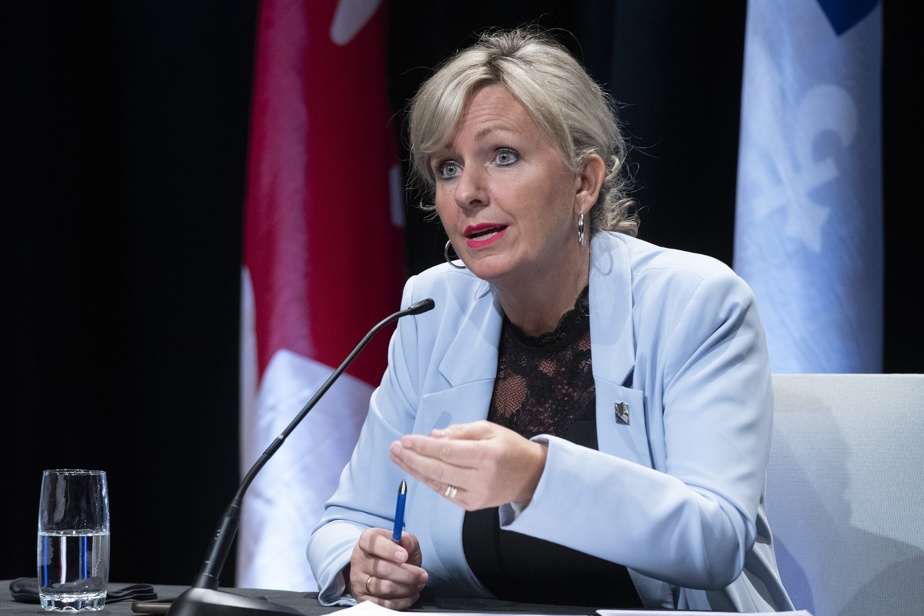 The Minister of Municipal Affairs said she was “very touched” by the situation of the civil servants and elected officials of Saint-Constant who have to deal with the aggressiveness of a citizen who intimidates them.

The Press revealed Thursday morning that the municipality had to appear before the courts every 10 days to ensure that Michel Vachon was kept at a distance. This man has been convicted several times for assaulting municipal councilors and employees. “We don’t know where it will end. We are faced with a man who has nothing to lose,” declared Jean-Claude Boyer, mayor of Saint-Constant.

Other municipalities in Quebec are also struggling with individuals who vehemently attack elected municipal officials.

Thursday, the Minister of Municipal Affairs deplored the situation.

I met the mayor of Saint-Constant and his team and I was very touched by their testimony. Intimidation and threats have no place in our democratic life.

She continued, “I [déjà] put in place an action plan aimed at equipping our elected officials to deal with harassment and intimidation, while making citizens aware of the importance of maintaining a respectful climate at City Council. Now, I will make sure that the communication channels with the cities remain open in order to better support the municipalities when situations like this arise. »

“As a former city councillor, I have already been the victim of bullying and I have suffered the impact of such acts on my personal and family life,” she said in a press release. “I am therefore extremely concerned by the information that today reveals such a situation towards the elected officials and municipal officials of Saint-Constant. »

She criticized the Legault government for not having “taken any concrete action” in this file.