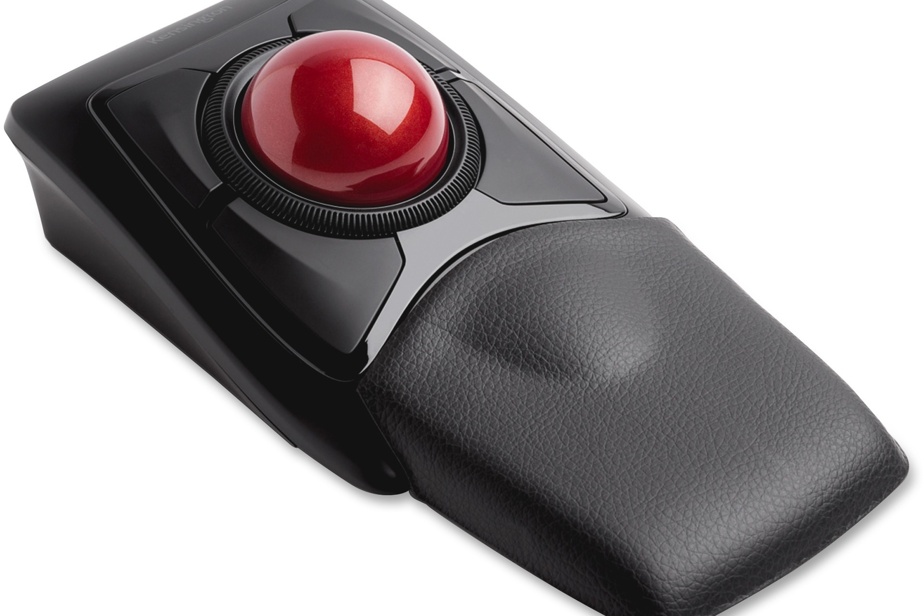 Some will hate the experience, others will cry genius, but one thing is certain: the Expert Mouse Wireless Trackball from Kensington is a well-thought-out replacement for the classic mouse, which however is not suitable for all uses.

The main element of the Expert Mouse Wireless Trackball is a large glass red ball, which fits into its base, in which an optical reader follows its movements. As soon as you spin the ball in one direction with your finger, the screen cursor follows.

This “rolling ball” — or “trackball”, depending on the translation — ensures that the wrist, elbow or shoulder is not moved. Everything is done with the fingers. This is the reason why manufacturers present this concept as ergonomic, suitable for people with joint problems.

The K72359 model from Kensington takes the functionality a step further. It is first of all a non-wired battery-powered device, which connects via Bluetooth or with a supplied USB key that is inserted into a port on the computer. Around the ball are four fully configurable buttons with Kensington Works in-house software. By default, the two bottom buttons reproduce the classic left and right keys of a mouse. The top ones replace the middle click and return command.

A rotating crown surrounds the ball and acts like a mouse wheel. Finally, you can add your own commands by clicking simultaneously on two keys at the top or bottom.

In total, therefore, this peripheral can send by one click six commands chosen from all those offered in the software. We counted 75, ranging from “answer the call” to “next track” to “copy”, “paste” and “select all”. We only tested about twenty of them, and found no incompatibility, both on Windows 11 and on macOS.

The speed and amplitude of the scrolling of the cursor as well as its direction are also configurable. For comfort, a pad has been added to the bottom of the device to support the wrist.

So much for the presentations, let’s get to the heart of the matter: does this “trackball” effectively replace a mouse? Let’s start by answering another question: we clearly preferred it to the touchpad present on all laptops. It’s a matter of taste, and some users are real touchpad pros, a talent we’ve never managed to master.

What the Expert Mouse Wireless Trackball does well is low-to-medium intensity work for browsing, writing, and to some extent, manipulating a few windows. The addition of copy and paste control buttons is a nice find, and the positioning of the bottom buttons makes the classic right-click and left-click controls intuitive.

There’s no doubt that for anyone with joint issues, not having to move their arm is a relief. The design is also designed to satisfy both left-handed and right-handed people.

After two weeks of part-time testing, we generally found the Expert Mouse Wireless Trackball less practical than a mouse. You have to give several strokes of the wheel to cross the screen, aiming for the right window is not always easy. In short, we lose precision. Where a flick of the wrist was enough, we find ourselves going with little strokes of the rolling ball. It is hard to see how a graphic designer, a video editor or an intensive user accustomed to navigating between several programs and open windows would find his account there.

Maybe months of trying would make it easier to handle. Certain followers and critics, in any case, support it.

At around $105, according to sellers, this replacement for a mouse is expensive.

It’s hard to predict if a user will appreciate this different way of controlling their on-screen cursor. The trackball is obviously less arm-intensive than the typical mouse, but it takes time to get comfortable with its operation.

One thing is certain, the Expert Mouse Wireless Trackball is a device of good quality, well built and for which the software aspect has been tweaked.