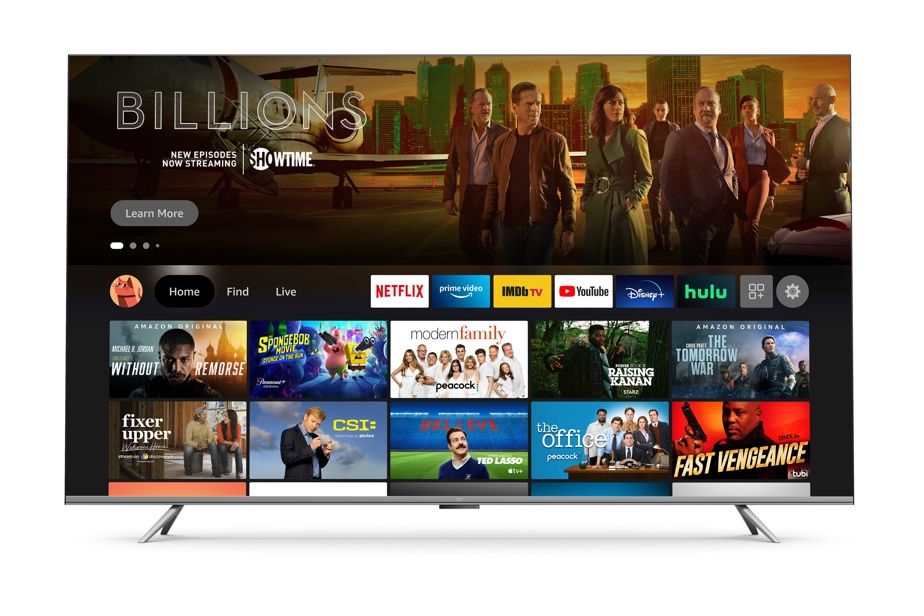 Amazon’s first home TV, the Fire TV Omni Series, pushes the concept of smart TV further than ever. We would like the image quality to follow.

Since 2018, Amazon has partnered with other manufacturers, including Toshiba and Insignia, to bring inexpensive TVs to market using its Fire TV interface. This year, Amazon is going with its house brand, the Omni Series, which is in fact manufactured by TCL, according to several specialized media. We tried the 55 inch model.

The big news is that the Alexa voice assistant is directly integrated into the TV. Thanks to four integrated microphones, far enough from the speakers to avoid interference and that can be closed with a mechanical switch, you can from the outset ask Alexa to turn the TV on or off, to control the volume and switch to one of the four HDMI inputs or to terrestrial channels.

You can also order the launch of one of the installed applications, which works perfectly with Netflix, Disney +, Plex, YouTube, Tou.tv and, of course, Amazon Prime. With Apple TV, on the other hand, it is a failure.

Alexa can do anything here on an Echo: control home automation devices, answer general knowledge questions or play music. Since it has a screen, it can also show you the highlights of the last night of hockey, display the weather or what your Ring doorbell sees.

The Fire TV Omni Series is labeled UHD 4K, with the ability to handle HDR 10 format. The resolution is 3840 pixels by 2160, with a refresh rate of 60 Hz. Note that the 65 and 75 inch models also have Dolby Vision technology, which in recent years has become a must for moviegoers. Our 55 inch does not offer it.

And what is the image worth? With quality 4K content and well-contrasted images, our Omni Series gives a satisfying result.

Peak brightness at 494 nits, in particular, outperforms many models in this price range. The sound delivered by its internal speakers is decent, perfectly acceptable again at this price, but an added soundbar is a game-changer for sure.

Note that “in the near future”, this television will be able to broadcast audio on most Echo speakers in the house.

The Fire TV interface is a neat mix of all the content now available on smart TVs, for example showing the most recent TV channels you’ve watched and the shows you’ve been watching on Netflix or Prime side by side. We also have a search engine, by actor or director, which will display all the films offered on the installed platforms.

First unpleasant observation: the home menus controlled by the Fire TV Omni Series are not 4K, but 1080p. For example, you just need to use our Roku 4K key or put the PlayStation home screen on to see what a menu is broadcast at full resolution.

Blacks are rather disappointing. Its LED panels give us a dark gray, which makes the images on the screen not very nuanced, with insufficient contrast, especially in a well-lit room or when a movie or video game scene is taking place in dim light.

The home screen recommendations are a bit too focused on Amazon Prime. And the appearance of ads that have absolutely nothing to do with video content – from restaurant chains and car brands, among others – is irritating.

Without being a champion, the Fire TV Series Omni is a good TV, with a satisfying ability to render 4K quality. Its software qualities are among the best on the market and its price is reasonable. There is no doubt that for someone who is well established in the Amazon ecosystem, this is a good choice. We have reservations about some features of the image, including its unconvincing blacks and menus that aren’t 4K. But the cinephile or the video player who wishes better will have to resolve to pay much more expensive.