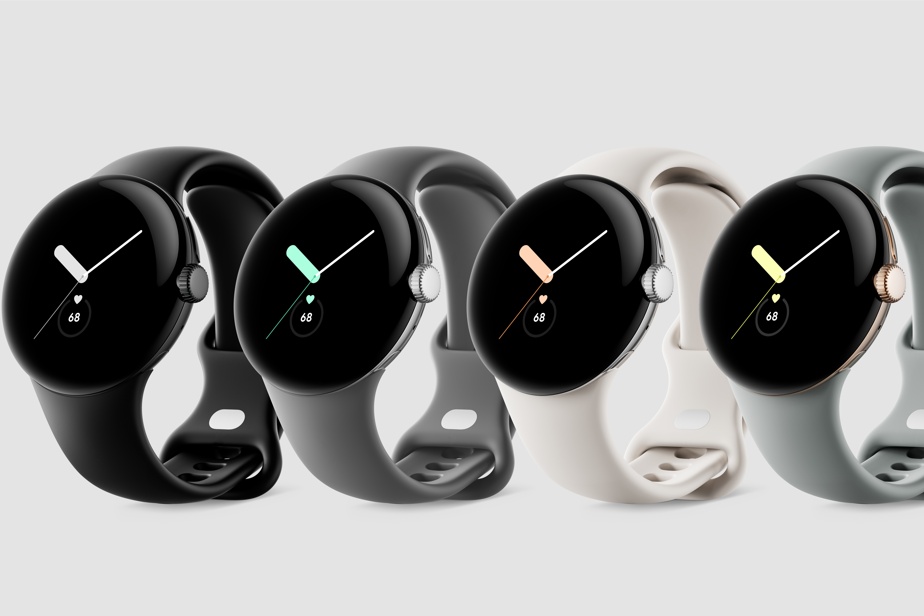 With the Pixel Watch, Google delivers a beautiful first connected watch, capable of effectively replacing a telephone and relying on the Google Assistant. Its inaccuracy in jogging, however, is disappointing, its calendar is reserved for Google and it is useless with an iPhone.

Three years after buying Fitbit, Google launches its first connected watch. It is best when you own a Pixel phone made by Google, which automatically recognizes it when it is turned on and already has the Watch software to configure it. Any android phone can download this app in google play store. There is no iOS version.

The Pixel Watch has a stunning design, all round with a diameter of 41mm, fully glazed on the front with a stainless steel frame on the back. There are around a hundred clocks to display on its bright, digital or analog-looking OLED screen, which you can then configure with all the information you deem relevant, such as the next appointment at the agenda, weather, number of steps and a one-click timer.

For navigation, we stung without embarrassment the rotating crown of the Apple Watch on the right which allows to display the applications, to go down or up in the lists and to return to the home screen. Two clicks and we display the credit cards to pay without contact. This function is perfectly developed and always surprises the employees at the checkout.

A button at the top of the crown essentially performs the same functions, displaying the most recent applications used and also activating contactless payment.

But it is above all by pressing for a long time that you summon the ultimate weapon of this watch, its Google Assistant, which is far superior, in our opinion, to Apple’s Siri.

You can also wake him up with the classic “OK Google”. Opening an app, adding an item to the grocery list, turning home automation devices on or off, asking for directions, asking any general knowledge or weather question is almost always successful. It can be ordered to put a musical genre, an artist or a particular song on the phone, control the volume, forward or backward a song.

These controls are also possible using the touch screen of the watch or its two buttons. You can answer a call and interrupt it directly on the watch, receive notifications and text messages and dictate a response.

How the Pixel Watch uses the app Fitbit for a host of measurements, we have additional information if we deign to wear it while sleeping. The watch then records respiratory rate, heart rate variability, blood oxygen level and skin temperature. It is also in this application that we find the data concerning the number of steps, calories burned and distances traveled.

What’s going on with Fitbit? For the second time in less than a month, our jogging stat readings were inconsistent. The problem was less glaring than with the Inspire 3 tested in early October, and the Pixel Watch showed 8 out of 10 times a plausible pace confirmed by our Apple Watch. But going from 5 min 30 s per kilometer to 8 min 10 s in a few seconds, without changing our pace, makes no sense. Same observation back home, where the application Fitbit persisted, even after synchronization, in giving us an absurd record of 1907 steps for a 5 km race.

Incompatibility with sports apps other than Fitbit is frustrating. The app Nike Run Club does not appear on the watch although it is installed on the phone, and Strava keeps returning to the phone and not showing anything on the watch.

Finally, only events added to the Google calendar appear on the watch.

Let’s exclude iPhone owners right away, of course. For those who want a reliable activity tracker for jogging, the Pixel Watch didn’t pass the test. That said, this watch has proven to be very useful on a day-to-day basis, with a clean interface and a remarkable ability to replace the phone on many occasions. Thanks to the Google Assistant. For a first try, it’s pretty impressive to have delivered a smartwatch that can compete with the best Android devices, including those from Samsung and Huawei.