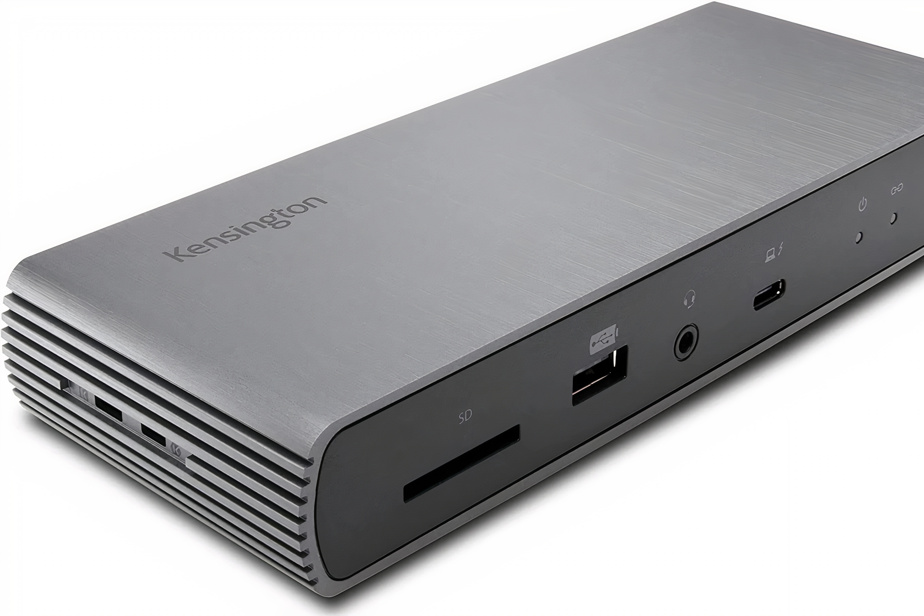 Whether charging your devices, streaming to two screens, and plugging in and charging a ton of peripherals regardless of their outlet, the Kensington SD5780T docking station delivers impeccable performance. For demanding users, ready to pay a substantial price.

Allow us a little automotive comparison to start. The Toyota Corolla may be the best-selling car in Quebec in 2021, but there are users who will want the power and possibilities of a Ford F-Series. And if we find reliable concentrators around $100, the station Kensington’s SD5780T docking station, five times more expensive, is in another league.

Here we have a device centralizing all the connections we want to make on a computer, starting with the power supply. With its own 180-watt adapter, this dock can charge the computer plugged into it up to 96 watts, plus a wide range of other devices, thanks to its four 2-port USB-A ports.e generation and its three Thunderbolt 4 ports.

The typical installation: a laptop plugged into a first Thunderbolt 4 port, allowing power and data transfer up to 40 Gb/s, then plugged into two monitors, in Thunderbolt 4 or HDMI 2.1. The remaining eight ports are at the discretion of the customer, who can plug in headphones on the 3.5mm jack, high resolution audio output, keyboard, mouse and external hard drive paraphernalia and a fast 4.0 SD card . And to ensure a more stable internet connection, there is also a 2.5 Gb/s Gigabit Ethernet port.

The big difference with the less expensive concentrators is undoubtedly the management of the resolution of the monitors that can be connected to it. While you usually have to resort to getting a lower resolution, the SD5780T can deliver up to 8K at 60Hz or 4K at 120Hz for a single monitor.

We were able to test most of these configurations (8K is not part of our arsenal), they were confirmed in a remarkably stable way. Where it was necessary to make a cross on the 120 Hz to obtain 4K, for example, this docking station fully relayed the signal. No fiddly hookups, no abnormally clamped monitor at lower resolution as we’ve experienced with other hubs.

As a bonus, we have two security slots, for both nano and standard formats, a Kensington specialty invented in 1992, which allows the docking station to be locked to an anti-theft cable.

Last coquetry, which network managers will appreciate: we have a security system called DockWorks, which filters the unique MAC address of the computer rather than that of the docking station, and forces it to favor the wired internet connection rather than WiFi.

These features come at a hefty price tag, ranging from $540.99 on PC-canada.com to $664.19 on Amazon.ca. Its availability in Canada, moreover, is problematic: of the 16 retailers mentioned on the Kensington site, barely a quarter have this specific product in stock.

Despite the plethora of connections, you cannot connect two computers to it at the same time, and obviously there is no possibility of switching the monitor and peripherals between two devices. Too bad, because the station is compatible with Mac, Windows and Surface.

As you will have understood, the SD5780T docking station is much more than a simple hub for a user who only wishes to connect his keyboard and mouse to it. We are dealing here with a veritable orchestra conductor able to receive and supply several devices, capable of rebroadcasting the image on two monitors and the high-resolution sound on an appropriate system.

If this demanding user profile is yours, the SD5780T docking station fulfills its promises and stands out as one of the best products compatible with Thunderbolt 4, with the added bonus of a three-year warranty.

For the vast majority of users, a more modest hub will do just fine.