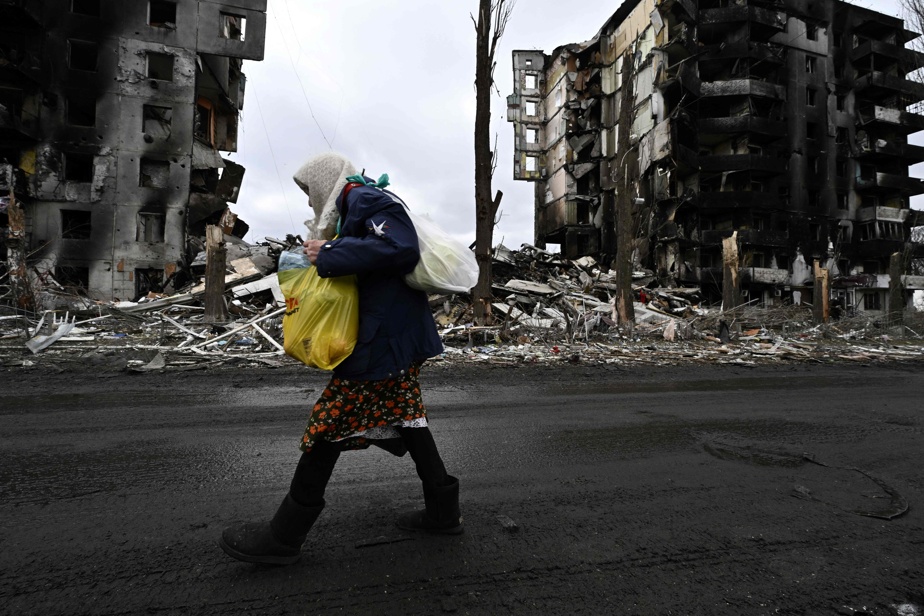 Accusations of rape against women and children by the Russian army have been piling up in recent days. These testimonies, “painful to live and bear”, upset the future of Ukrainian women, estimates an organization of the country.

Last month, Olha*, a 31-year-old woman living in Malaya Rohan, a village in the Kharkiv region, had taken refuge in the basement of a school with around 40 other residents.

She told the NGO Human Rights Watch that a Russian soldier broke into the school around midnight on March 13. “He broke the windows at the entrance […] and knocked loudly on the door,” she said.

The soldier reportedly took her to a classroom on the second floor and pointed his gun at her, ordering her to undress. “He told me to [pratiquer le sexe oral]. All the while he was holding his gun to my temple or pointing it at my face. Twice he shot at the ceiling and said it was to ‘motivate’ me,” she recalls.

Olha’s story is not unique. In recent days, several organizations have reported having received allegations of sexual violence committed by Russian soldiers.

The Russian soldier reportedly raped Olha twice, with a knife to her throat. “He told me that I reminded him of a girl he went to school with,” she says.

He allegedly lacerated her neck and cheek, and cut off part of her hair. He also allegedly punched her in the face and slapped her repeatedly. He reportedly finally left school the next morning.

“We have received testimonies of women and children raped by Russian soldiers,” said Sasha Kantser, head of external affairs at the feminist workshop in Lviv, in an interview with The Press. The organization accompanies refugees and offers sex education in times of war. She believes that rapes are under-reported, since it is difficult for women to talk about them openly.

Women in Ukraine have received many aggressive messages on social media from Russian men since at least 2014, when Crimea was annexed by Russia, says Ms.me Kanzer.

We have reason to believe that sexually assaulting a Ukrainian woman was and remains a somewhat colonial sadistic fantasy of those men in Russia who support Putin. It is therefore not surprising that they rape women in the midst of war.

All the news of rapes committed against women and children is “physically painful to live with and bear”, she adds. “These crimes influence all Ukrainian women. It is now very difficult to believe in the future, to build and to dream with all this painful knowledge about the world and human behavior”, drops Mme Kanzer.

The tip of the iceberg

The laws of war, however, prohibit rape and other sexual violence. The United Nations Security Council adopted Resolution 1820 in 2008, which recognizes sexual violence, in particular rape, as a weapon of war and a crime against humanity.

“It is completely inhumane and completely prohibited. It is one of the most heinous war crimes. It shows total disregard for the law of armed conflict,” says Richard Giguère, retired brigadier-general of the Canadian Armed Forces and expert at the Graduate School of International Studies at Laval University.

“Indications of people being raped, tortured, executed – and in some cases having their bodies desecrated – are an outrage to our humanity,” US President Joe Biden said on Thursday.

Despite the ban, sexual violence is often present in times of war, says Aurélie Campana, professor in the political science department at Laval University. “In the most recent conflicts, whether in Africa, Syria or Chechnya, you see that sexual violence is really widespread,” she says.

One thing is certain, the testimonies that are beginning to emerge in Ukraine are certainly only the tip of the iceberg, says Ms.me Campana. “Sexual violence is a taboo. Many women don’t dare to talk about it, because they are afraid of being rejected by their spouse,” she says.

An International Criminal Court investigation into possible war crimes committed by Russia in Ukraine is ongoing. In addition, the Royal Canadian Mounted Police announced Thursday that it wanted to collect evidence “of war crimes and crimes against humanity” from Ukrainian refugees.

* The name of the victim has been changed by the NGO Human Rights Watch, in order to protect his identity.