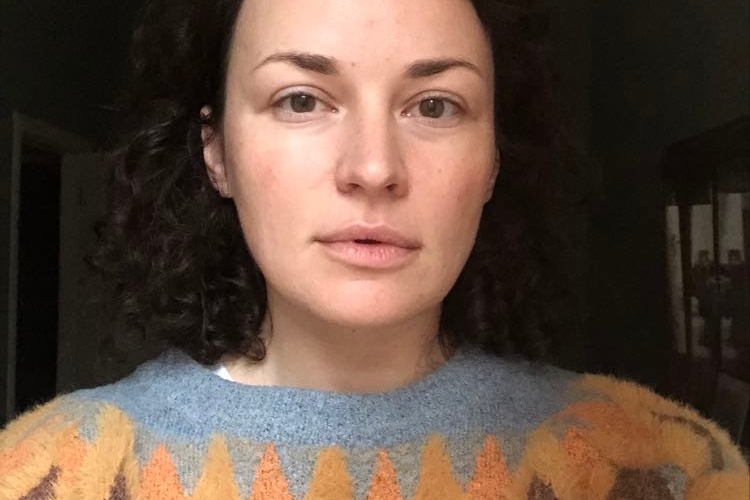 When her Russian friends inundated her with messages full of concern, asking her how she was doing and encouraging her to hold on, Ukrainian filmmaker Marina Stepanska did not thank them. Rather, she sent them to graze.

She felt no gratitude. What anger.

She expressed that anger in a letter to her “Russian ex-friends” posted on Facebook on the sixth day of the war, Tuesday. A letter strewn with well-felt oaths, pride and fury.

She recounts her flight from Kyiv, the capital, to Lviv, the city located very close to the Polish border, on the first day of the offensive. A distance of 540 km which she traveled in 20 hours with her husband and their two young children.

She displays her confidence in the future, whatever happens. “You see, my dear Russian ex-friends, even if I die tomorrow, which is not so unlikely under the current circumstances, I’m going to be OK. Because I know mine will survive and rebuild whatever you screwed up, because they are already doing it, because there is no fear, because there is respect, because we are all of Ukraine,” she asserts forcefully.

Then she invites her “ex-Russian friends” not to absolve themselves of responsibility by attributing the fault of the current tragedy to their president.

It’s not Putin, it’s you, each one of you who didn’t rise up to fight the mold that brainwashed you and the majority of your countrymen!

Marina Stepanska, Ukrainian filmmaker, in a letter posted on Facebook

His rant caused a small commotion on Facebook, prompting more than 14,000 marks of appreciation.

When The Press joined her in Lviv on Thursday, the 39-year-old filmmaker had left her two children aged 2 and 4 with relatives and was organizing her return to Kyiv, where she wants to document the war, with her husband, also a filmmaker. The two were looking for protective equipment, such as bulletproof vests and helmets, before heading back to the capital.

We haven’t talked about the pain of leaving her children behind, it’s so obvious. Or fear of what awaited him. But rather links between Russians and Ukrainians, these two brother peoples with intertwined cultures, plunged by force into a fratricidal war.

Marina Stepanska is a graduate of the Ukrainian National Film Institute. She notably directed the film fallingwhich won the audience award at the Premiers Plans festival in Angers in 2018.

This fiction film focuses on the period following the popular uprising of 2013-2014, the so-called “Euromaidan” revolution.

Protesters at the time managed to bring down pro-Russian President Viktor Yanukovych, prompting a backlash from Vladimir Putin, who annexed Crimea and fomented a separatist movement in Donbass, eastern Ukraine , where a latent war backed by Moscow has continued ever since.

Eight years later, the Russian president has just risked everything: he has launched an all-out offensive against Ukraine.

Marina Stepanska tells how, in the early 2000s, Ukraine had become a favorite filming location for Russian productions. She herself worked on several films and multiplied her friendships in the network of Russian cinema.

It was these friends who sent him empathetic text messages after the Russian offensive broke out on February 24.

“They are close friends, but it seems like they live on another planet,” she says.

Already, in 2014, she became aware of the gap that separates Russians and Ukrainians. “Some said to me: ‘Why don’t you give Donbass to Putin?’ I would answer them: “Come on, this is my country. And then, Putin will not stop at Donbass.” »

Her Russian friends did not believe her. Unfortunately, history proved him right.

Marina Stepanska tells how Russian-Ukrainian business relations have evolved over the years. In the early 2000s, Ukraine was a sort of “Russian colony” for the film industry.

Then the Ukrainian state invested heavily in its film industry. And Ukrainian films, including those of Marina Stepanska, have been noticed at international festivals. There were Ukrainian films in Cannes, in Venice.

When Marina Stepanska and her Russian friends met for coffee in Paris, it was in a completely different context. Equals.

In recent years, the filmmaker has moved away from her Russian friends.

They have this almighty god and never try to fight it. They have a servant mentality.

This god is Vladimir Putin.

“We Ukrainians don’t have a master, that’s a big difference,” sums up Marina Stepanska.

In 2014, Ukraine fired a pro-Moscow president, but failed to initiate its entry into the European Union – a project at the heart of the dispute.

Some of her Russian friends made fun of her at the time. “So you Ukrainians are not joined to the European Union. So what was all this good for? they would ask him.

“I would tell them, ‘At least we know we can take our destiny into our own hands.’ »

Unlike Marina Stepanska’s Russian friends who don’t like Vladimir Putin but “believe they can’t fight him”.

It’s the same message she sent them on her Facebook page, like a punch in the face. They didn’t answer. And since then, Facebook has been blocked by the Kremlin.