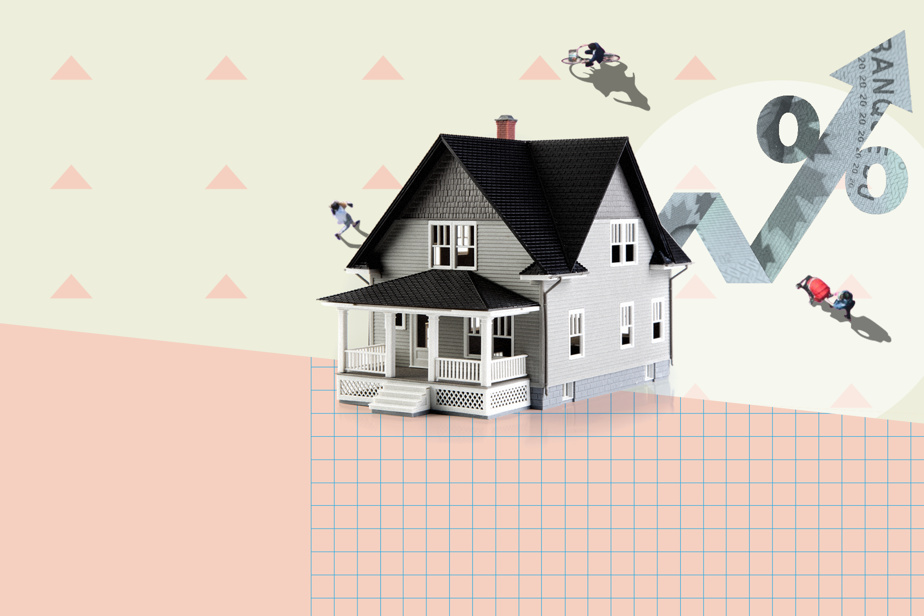 From an economic point of view, the sky of 2023 is filled with dark clouds. But after the rain comes the good weather, the saying goes, and the team of Business Press endeavored to look beyond these clouds to find clearings.
Today: real estate

Many Quebecers fear that they will not be able to become homeowners this year. They watched helplessly as the Bank of Canada raised its key interest rate seven times in a row while biting their nails. Since January 2022, their level of anxiety has climbed as the rate increases, from 0.25% to 4.25%. Another flight in January will certainly sign the death warrant of their dream. As for the sellers, after having witnessed two years during which “anything” sold for too much and in a short time, now they are strangled by anxiety when they see that the properties stagnate for four months on the market before find a taker. What if houses no longer sell in 2023?

During the most recent hike, in December, contrary to its habits in recent months, the central bank did not categorically announce that it was going to raise the key rate again in January. The central bank instead hinted that it would assess whether it is still necessary to do so to fight inflation. That’s great news, because the rates won’t return to what your parents or grandparents experienced in 1981 at 18% and 1990 at 13%. More recently, the rate was 8% in 2000 and even 7% in 2008. Be patient, some economists are predicting that rates could start falling by the end of 2023.

Have you noticed that since May 2022, house prices have started to come down? An additional drop of 5% is expected, according to the Professional Association of Quebec Real Estate Brokers (APCIQ). “There is going to be the return of property prices to competitive prices in a market without overheating. It will be more comfortable and reasonable,” said Charles Brant, director of the association’s real estate market analysis service.

Transactions will be able to be made with inspection conditions. This is good news for buyers.

While it is more difficult for first-time buyers to acquire a property in Montreal, the situation is brighter in Quebec City. “At equal income between Quebec and Montreal, the prices of single-family homes are $200,000 cheaper. It’s a more resilient market when it comes to interest rates,” says Charles Brant.

More good news: the tax-free savings account for the purchase of a first property (TFSAPP) comes into effect. Prospective first-time home buyers aged 18 and over will be able to contribute $8,000 per year with tax deductions. The total lifetime amount is $40,000.

Do you have to sell now? Waiting for the recovery announced in 2024 is not possible? Do not be afraid. Even though property values ​​are down from 2021, yours isn’t worth less than it was in 2019. Properties were overvalued during the pandemic due to low rates, low inventory and overbidding. If the market value of your property was, for example, $600,000 in May 2022 during the price peak, it may have suffered a total drop of approximately 16% in 2023, according to APCIQ forecasts. The value would therefore be $504,000. A far cry from the 50% discounts and price drops of 2008 in the United States caused by the mortgage crisis.

“There is still a pool of buyers motivated to buy,” recalls Charles Brant. People who weren’t able to acquire property during the pandemic rightly believe that conditions will change in 2023 and 2024.”

Our surveys indicate that even if there is a decline in purchase intentions over the next few years, it remains at very attractive levels in the medium term.

Charles Brant, director of the real estate market analysis service of the Professional Association of Real Estate Brokers of Quebec

Despite the drop in activity, despite the registrations which accumulate, despite the interest rates, there is no significant return of properties on the market, notes Charles Brant. The stress tests carried out by financial institutions before a loan is granted are curbing the multiplication of cases of people being taken by the throat and wanting to get rid of their property, says the APCIQ. “We expect there to be, but not that many. We therefore remain in a seller’s market in 2023, because we are also at a historic low in terms of inventories of properties offered on the market. »

“The capacity of households is still relatively good in Quebec, recalls the specialist. The savings rate is the highest in Canada, Quebecers have cleaned up their finances during the pandemic, not to mention that we do not fully capture the financial capacity of buyers whose jobs are related to digital. »