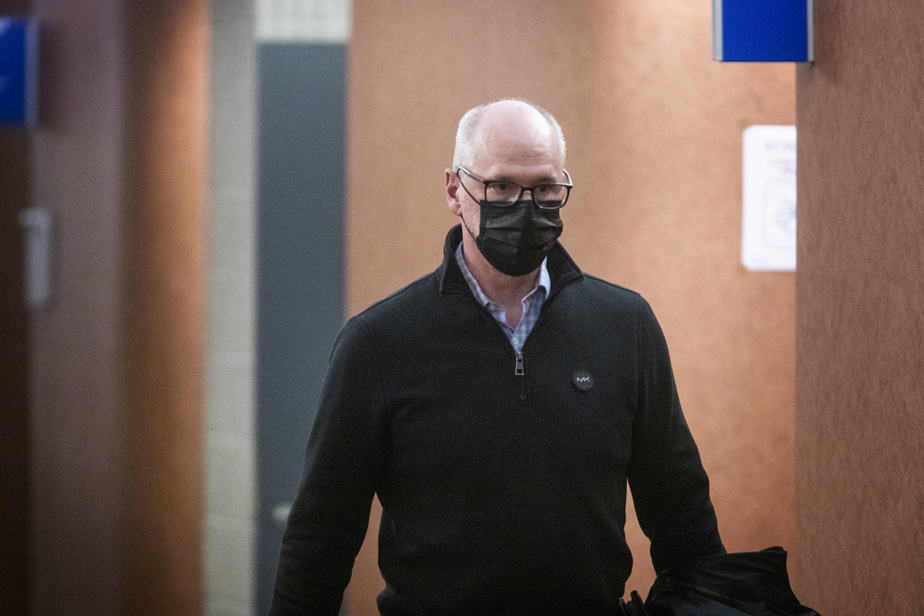 The conclusions of the investigation report aimed at shedding light on the “political” attack on the Metropolis were dictated in advance by the staff of the Sûreté du Québec (SQ), admitted Thursday the person in charge of this secret document. This very uncritical report of the SQ reveals that Pauline Marois was targeted by six “threats” when the results were announced.

For the first time in 10 years, elements of this report were made public Thursday at the Montreal courthouse in the civil lawsuit brought against the SQ and the Service de police de la Ville de Montréal (SPVM) by four survivors of the attack. These stage technicians have been traumatized since Richard Henry Bain shot Denis Blanchette before their eyes. They are claiming $600,000 due to lack of security.

The lawyers for the survivors also had “all the difficulty in the world” to obtain this seven-page report. ” [La SQ] denied the existence of this report! We were told that we don’t know who signed it. There is no signature! It was extremely difficult to have, ”lamented M.and Virginie Lemire-Dufresne.

However, the lawyer for the Attorney General of Quebec objected body and soul to his filing in evidence on Thursday, arguing that it was not “relevant”, and therefore inadmissible. Until the judge decides, we can only report the excerpts read in court.

He does not meet any witnesses for his report

The policeman chosen to shed light on the attack, Captain Louis Bergeron, was none other than the head of security for the chiefs during the 2012 election campaign. He therefore had to sort of analyze the work of his own service. . Unsurprisingly, his findings barely criticize the SQ. Mention is made of a “coordination” problem with external partners and a “way of proceeding” that is not “optimal” between the SQ units.

After receiving this mandate from his superior Denis Rioux, Louis Bergeron did not see fit to meet the witnesses of the attack, since he had held “informal meetings” with the police four months earlier. He took no note of these discussions and did not meet with any member of the SPVM. “I was not in investigation”, he defends himself. He also vaguely mentions discussions with his “fellow officers” to arrive at these conclusions.

Moreover, Louis Bergeron cannot certify that he wrote every line of the report. “I recognize some of my words, some of my sentences. Are all my exact words? I cannot give that answer,” he confessed.

The report concludes that Richard Henry Bain had a “lone wolf” profile and that he committed a “political attack” targeting “the sovereignist cause and the Parti Québécois”. Before the judge, the witness now evokes a “terrorist attack”. Remember that when he was arrested, the shooter shouted: “The English are waking up”,

The report mentions six threats against Pauline Marois on election day. But Louis Bergeron claims to have no memory of the nature of these, except that some were launched during the partial unveiling of the results. The witness also revealed that plan A to evacuate Pauline Marois in the event of threats was the rear exit of the Métropolis. Exactly where the shooter opened fire.

Louis Bergeron also took part in drawing up the plan to ensure the safety of political leaders during the 2012 campaign. This report, produced before the attack, highlights six threats: students, the Plan Nord, shale gas, the forestry industry, opposition to the privatization of public services and radical separatists.

On Wednesday, an SPVM official said the Quebec Liberal Party was in “danger” on election night, not the Parti Québécois. “If Pauline Marois was elected, it was festive, it was joyful,” she testified.

Although he had no expertise in the protection of personalities, Denis Rioux was appointed head of the Directorate for the Protection of Persons and Infrastructure of the SQ in January 2013. This specialized squad ensures the protection of the Premier of Quebec and party leaders during the election campaign.

As soon as he took office, Denis Rioux received the mandate to produce an executive report to draw recommendations from the events of the Métropolis. The directive came from deputy director general Jocelyn Latulippe, now an executive at the STM. But Denis Rioux’s notes reveal that the report was already tied up in the minds of the SQ staff.

“The terms of reference seemed to telegraph conclusions. It seems that the conclusions of the report were already somewhat dictated, ”questioned judge Philippe Bélanger.

Denis Rioux maintains that he was only a “transmission belt” for this report written by his “trusted man”, Captain Louis Bergeron. “I did not specifically question the content of the report,” admitted Denis Rioux.

The Parti Québécois demands the publication of the report

The parliamentary leader of the Parti Québécois, Joël Arseneau, demands that the report be made public. He also urges the police to redo the “botched” exercise that should have been done after the attack on Pauline Marois, when elections will be held this fall in an equally tense social context.

“I think we should make it public and we need a very good reason at the point where we are not to do it. If we observe what we guess, that this [rapport] was sloppy, that it was done on the sly and incompletely, and I’m being polite, I’m using euphemisms, obviously the exercise will have to be redone. It seems unavoidable to me, ”he told La Presse on Thursday.

“Today, it is becoming extremely important that we look into the file because we have an election campaign coming up, that several parties are competing with each other and because the political and social polarization at the end of the pandemic is probably just as important, if not more than at the end of the maple spring. I think we have to take it seriously,” he added.

The PQ parliamentary leader also underlined “how useful this civil lawsuit by those who were traumatized by the event is to us today as a society”.

“I think it is important that we discover that these obvious flaws in the security of political figures of the time have never been corrected. That’s what’s worrying,” he said.

“It is surreal to think that an attack on the Prime Minister of a modern state like Quebec has not been followed by a more serious, more rigorous and more thorough investigation. Is beyond me. This whole file is both not serious what we are learning, but also extremely serious to see that we have managed it in such a lax way, in such a light and superficial way, ”concluded Mr. Arseneau.

With Hugo Pilon-Larose, The Press