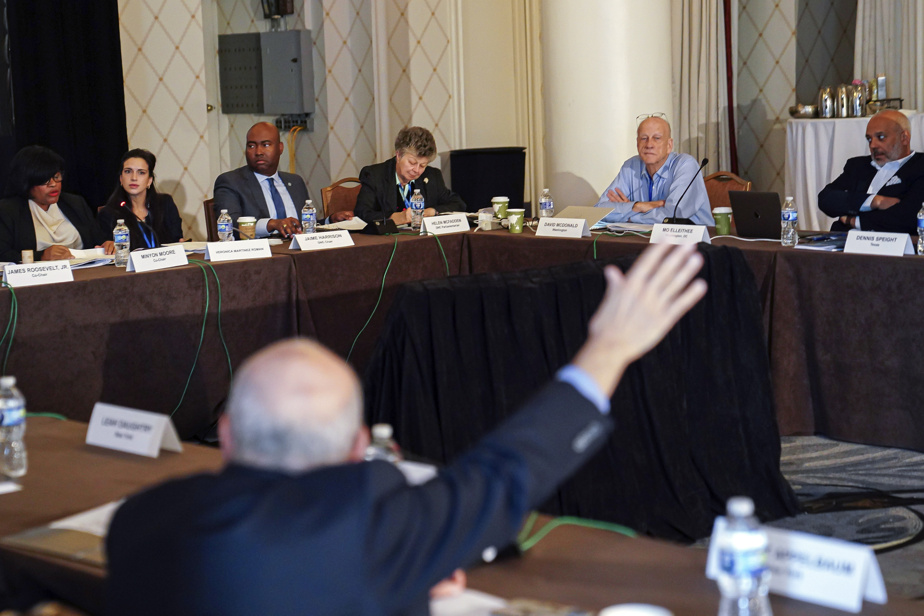 (Washington) The Democratic Party approved on Friday a major upheaval in the calendar of its primaries, a proposal by President Joe Biden which will strengthen the influence of the African-American vote in the selection of the candidate for the White House from 2024.

The octogenarian president, who said he was considering a second term at the head of the United States, had suggested this reorganization in a letter sent Thursday to the committee in charge of the operating rules of the Democratic party.

Historically, the long process of the American primaries begins in Iowa, which has an atypical voting system: the “caucuses”, traditional assemblies of voters. This gives disproportionate influence to this small, rural state with a predominantly white population.

Mr. Biden suggests on the contrary to open the ball of the primaries in the southern state of South Carolina, which has a large African-American population.

The committee approved the proposal on Friday in a show of hands, with only members representing Iowa and New Hampshire voting against. The new calendar will be submitted in February 2023 to the vote of the entire party leadership.

The committee proposes that the first Democratic primary be held on February 3 in South Carolina, followed by Nevada and New Hampshire on the 6th, Georgia on the 13th and Michigan on the 27th.

Before the 2020 presidential election, Mr. Biden had suffered several failures in the primaries of Iowa, New Hampshire and Nevada, before winning a very large victory in South Carolina which had allowed him to turn the tide and be finally chosen to challenge Donald Trump.

To justify his choice to reshuffle a calendar engraved in decades of practice, Mr. Biden explained that it had become impossible to obtain the nomination of the Democratic Party “without the broad support of voters of color”, whether they are African American, Hispanic, Asian or Pacific Islander descent.

“For decades, black voters have been the backbone of the Democratic Party in particular, but they are pushed towards the end of the primary process,” noted Mr. Biden in his letter.

“It’s time to stop taking these voters for granted, and it’s time to give them an earlier and more visible vote in this process,” he added.

The presidential proposal had been freshly welcomed by the Democratic leadership in Iowa and New Hampshire, two small states accustomed to shining alone in the spotlight at the start of the primaries, attracting enormous campaign funding as a result.

“Small rural states like Iowa need to have a voice in the presidential nomination process,” insisted Ross Wilburn, the local leader of the Democratic Party.

“We have survived previous attempts for decades and we will survive this one,” he added. “Our nation’s first primaries have been an integral part of our state for over 100 years and they are enshrined in our laws. »

The Republican Party still plans to hold its first primary in Iowa in 2024, as Donald Trump said in a statement on Friday.