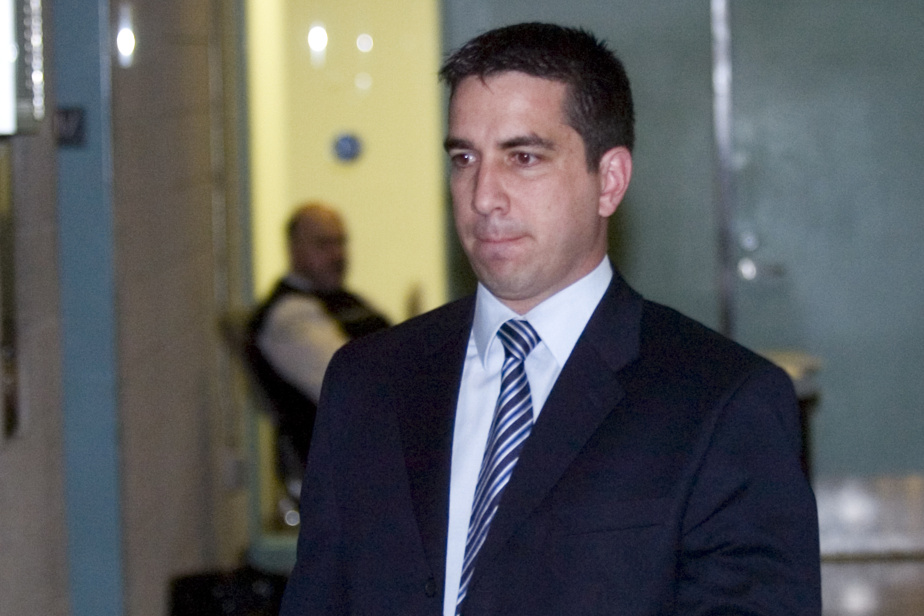 Vincent Lacroix’s ex-right-hand man at the time of the Norbourg scandal, Éric Asselin, was slapped on the knuckles and was once again banned from practicing.

The Autorité des marchés financiers (AMF) therefore obtains the order it requested for the duration of its investigation into Éric Asselin and his partner Jean-François Soucy, whose mortgage brokerage certificate is now suspended for one year with the possibility of extension. .

The AMF suspects Éric Asselin of acting illegally as a mortgage broker by getting involved in conventional and alternative loan procedures and of acting as an intermediary in private loan files.

Now residing in Beauport, Quebec, Éric Asselin would use the name of Éric Gagnon to introduce himself rather than his legal name, according to the investigation currently being conducted by the Quebec stock market policeman.

The AMF asserts that the customers approached are in a vulnerable financial position and considers that the loans granted do not necessarily meet the needs of the customers and are not in their interest.

The investigation summary indicates that this type of clientele must be properly advised by a conscientious broker, and deserve to know the true identity of the person handling their file, especially when this person has a criminal past in financial matters like that of Asselin. .

The AMF is concerned that Éric Asselin, Jean-François Soucy and the firm Groupe Courtiers Experts continue to solicit other potentially vulnerable clients and that is why it was seeking orders.

Now that it’s done, the spokesperson for the AMF, Sylvain Théberge, points out that Éric Asselin officially no longer has the right to do what he already had no right to do, and that he did anyway.

Sylvain Théberge adds that the decision just rendered by the TMF therefore enjoins Éric Asselin to cease his activities in the field of mortgage brokerage. In the event of non-compliance, he exposes himself to other legal procedures.

As for Jean-François Soucy, the AMF accuses him of having placed himself in a situation of conflict of interest by immediately offering mortgage loans disbursed by a private lender in which he had a direct interest, having failed to advise its clients adequately and to provide them with all useful or necessary information for their understanding, and to have failed to ensure that the loans offered were suitable for its clients.

Still according to the AMF, Jean-François Soucy would encourage and allow the illegal exercise of the activity of mortgage broker or mortgage brokerage firm by Éric Asselin and Groupe Courtier Expert, in addition to tolerating that Éric Asselin present himself under the name of Eric Gagnon.

The TMF enjoins Jean-François Soucy not to encourage the illegal exercise of mortgage brokerage activities by Éric Asselin and Groupe Courtier Expert, and not to contribute to it in any way whatsoever.

Éric Asselin and Jean-François Soucy are soliciting people with debts or a second or third mortgage on their property to offer them their mortgage brokerage services, according to the AMF’s understanding of the file.

The survey finds the amounts of collateral posted on the properties are ‘significantly’ higher than the debts customers seek to repay or the loans they receive, and some customers do not know who the private lender is when taking out the loan.

Since the Norbourg scandal broke in 2005, Éric Asselin has been convicted of fraudulent bankruptcy and the fabrication of false financial documents. He even received a prison sentence.

A former investigator at the Quebec Securities Commission (which became the AMF in 2004), Éric Asselin left this organization in 2002 to accept a position as vice-president of finance at the asset manager Norbourg, where he had, among other things, responsibility for managing relations with the authorities. A few years later, Norbourg found itself at the heart of a financial scandal estimated at more than 100 million having cheated 9,000 small investors.

Éric Asselin admitted having participated in falsifications at Norbourg aimed at fooling the authorities to divert funds belonging to savers.

Since the outbreak of the Norbourg scandal, Éric Asselin has in practice been banned from the financial sector and could not obtain a license to exercise a title under the AMF.