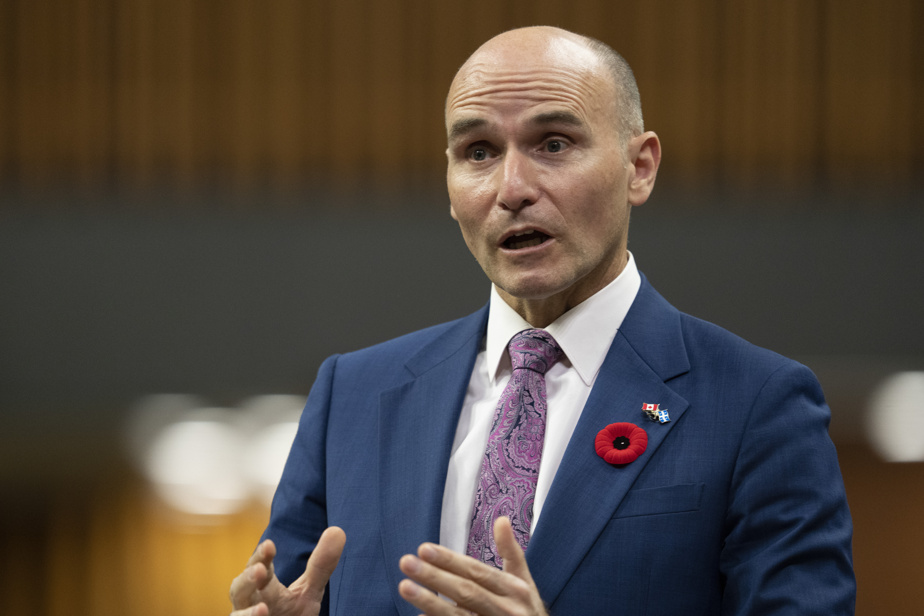 (Vancouver) The federal government says it is ready to increase its health transfers to the provinces and territories, but it will only do so if everyone works to create a “world-class” health data system – to the chagrin of Quebec.

While the 13 provincial and territorial health ministers gathered in Vancouver to meet their federal counterpart, Jean-Yves Duclos, the latter announced that the federal government would be ready to increase health transfers, without specifying how far.

It has, however, been clear that any transfer hike will come with some strings attached.

“We will if provinces and territories are willing to commit to significantly expand the sharing and use of common key health indicators and create a world-class health data system for our country.” , he mentioned to reporters, just before a press briefing by his provincial and territorial counterparts.

In addition to a comprehensive agreement for the whole country, Mr. Duclos also mentioned that the federal government was ready to negotiate, in a second round of funding, for tailor-made agreements with the provinces and territories.

The premiers of the provinces and territories met in Victoria in July, and reiterated their demand for a significant increase in health transfers from the federal government. The provinces still want these federal transfers to increase from 22% to 35% of health care costs.

“We had had no reaction (from the federal government) for a year. So to have something, I hope, concrete, from Minister Duclos and Prime Minister (Justin) Trudeau, it’s good news, ”launched the host of the meeting – in excellent French. .

But he added that before rejoicing, this new proposal will have to be the subject of “serious discussions” between the various ministers of the provinces and territories.

Quebec Health Minister Christian Dubé also welcomed the fact that Ottawa was prepared to fund more health care, but he quickly closed the door to the imposition of conditions.

“We have always been very clear that any federal transfer had to be unconditional. In the same message, Mr. Duclos spoke of conditions, which means that for us, it is not acceptable, ”said Mr. Dubé during a press briefing.

Even if he has often praised the importance of having more data to improve the efficiency of the health network in Quebec, there is no question for Mr. Dubé of accepting the condition imposed on this subject by his counterpart federal.

“When we talk about performance indicators, Québec is accountable to citizens and to the National Assembly. It is not beholden to the federal government, because it is under provincial jurisdiction, he insisted. […] If the federal government wants statistics, we have a public dashboard that is available. »

Minister Dubé also received the support of the Bloc Québécois spokesperson for intergovernmental affairs, Mario Simard, who urged the federal government to “increase its share to 35%, or $28 billion a year, and this, without conditions”.

“Now that the Liberals seem to be open, it remains to be seen if they will be serious about increasing funding,” Simard said in a statement.

Asked earlier today about health transfers, Prime Minister Justin Trudeau said his government wants to make sure people have access to a family doctor and mental health services, and that they know that the emergency room is open when their child needs it.

Mr. Trudeau reiterated that beyond money, the delivery of health care needs to be improved for Canadians. “We know that it takes more investment in our health system, and as I said, the federal government is there” to do it, he declared during a trip to Laval.

“But everyone knows very well that it’s not just money that it takes: it’s transformations in our health system, it’s improvements, results that we deliver for citizens, and that’s what health ministers are here for,” he said.

“We also want to ensure that Canadians, and our workers in the healthcare system, receive the benefits of these investments to deliver better healthcare systems across the country – that is exactly what we are doing. to work with them (ministers) now. »