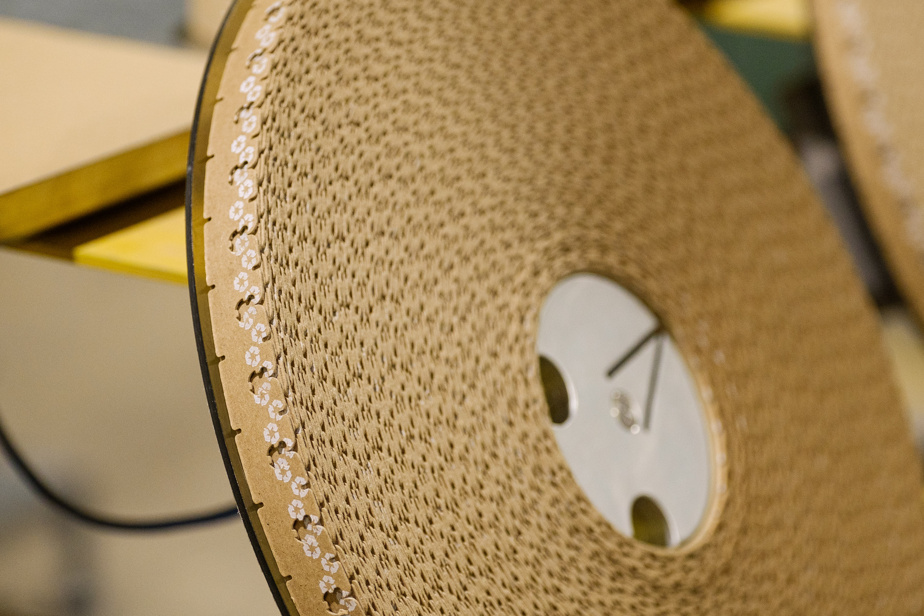 Bimbo Canada, a subsidiary of Mexican bakery giant Grupo Bimbo, is adopting cardboard ties designed by the small company KLR Systems to wrap all its breads.

This is a major commercial breakthrough for the small cardboard square of the Saint-Pie SME. Its recycled and compostable cardboard bread clip will replace the small pieces of plastic used by Bimbo Canada on all its bakery products sold under brands such as POM, Bon Matin and Villaggio. The initiative will gradually be extended to all of Canada.

It’s a small change that will have a big impact, Bimbo Canada said, because it will reduce the amount of plastic the company uses by 200 metric tons a year.

“It is important that we advocate for change and that we participate in the protection of the environment and the communities in which we live and work, by taking concrete actions,” said Joe McCarthy, president of Bimbo Canada. Any change, big or small, makes things happen. »

KLR Systems, a manufacturer of bakery equipment and packaging, used to buy its plastic ties from an American supplier before deciding to make them itself. From plastic, the company then switched to recycled cardboard, which is supplied to it by Cascades.

Cardboard bread ties are made from 100% recycled cardboard and are compostable in municipal systems across Canada. They are biodegradable in 84 days. KLR Systems received the Food Innovation Award from the Quebec Food Processing Council for its cardboard bread clips.

Until now, only a few small artisan bakeries have adopted the KLR Systems cardboard square. Swapping plastic for cardboard, for industrial bakeries whose operations are highly automated, is more complicated.

Bimbo Canada becomes the first major customer for the small company, which currently manufactures 2.5 million small squares of cardboard per day and plans to increase production.

The company, which has owned the Vachon Bakery since 2015, wants its activities to be carbon neutral by 2050.

Ditching the small squares of plastic “brings Bimbo Canada closer to its sustainability goal of having 100% of its packaging support a circular economy by being recyclable, biodegradable or compostable by 2025,” says the agency. business.

In Canada, Bimbo operates 16 bakeries, 15 sales centers and 191 warehouses. Its head office is in Etobicoke, Ontario.