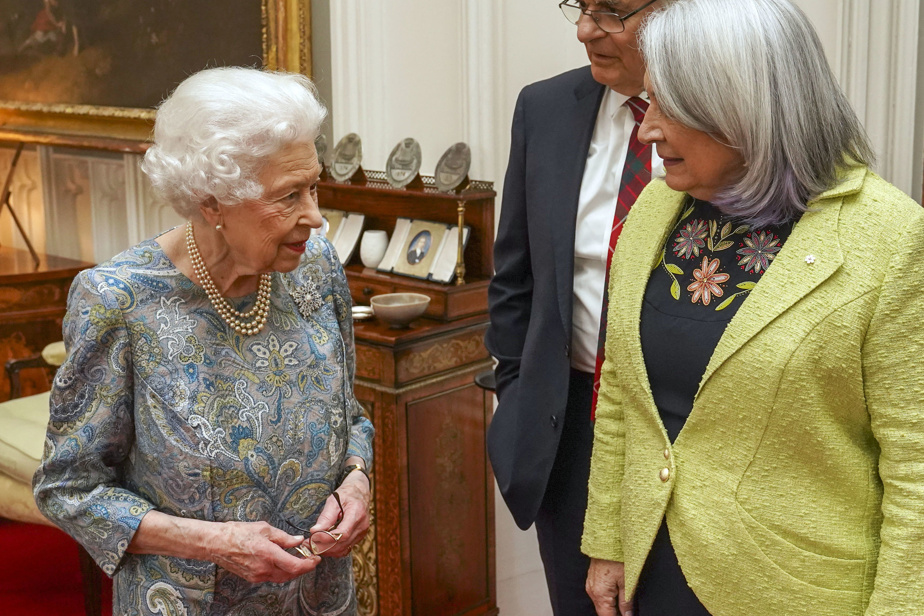 (OTTAWA) Governor General Mary Simon met the Queen for the first time in person in London on Tuesday to congratulate her on her historic 70 years of reign.

Mme Simon, who was accompanied by her husband Whit Fraser, also met Prince Charles and Camilla, Duchess of Cornwall, for the first time since becoming Governor General in July.

Queen Elizabeth II wore a sapphire brooch given to her by former Governor General David Johnston in 2017 to mark her 65and birthday.

The Platinum Jubilee of Her Majesty Queen Elizabeth II is commemorated across the Commonwealth this year.

The Governor General’s visit to London also included a meeting with Canada’s High Commissioner to the United Kingdom, Ralph Goodale, and a tree planting ceremony.

Mme Simon will travel to the United Arab Emirates, Qatar and Kuwait from Thursday.

Mary Simon and the Queen have met virtually once before, before she took office as the first Indigenous person to serve as Governor General of Canada.

“Our Queen is a true inspiration in these difficult times,” said Ms.me Simon in a press release. And I felt privileged to introduce her to the Inuit concept of “ajuinnata,” which is never to give up, and which guides my work as Governor General. »

Canadian Platinum Jubilee celebrations include the opening of gardens across the country, exhibits, and commemorative coins and stamps.