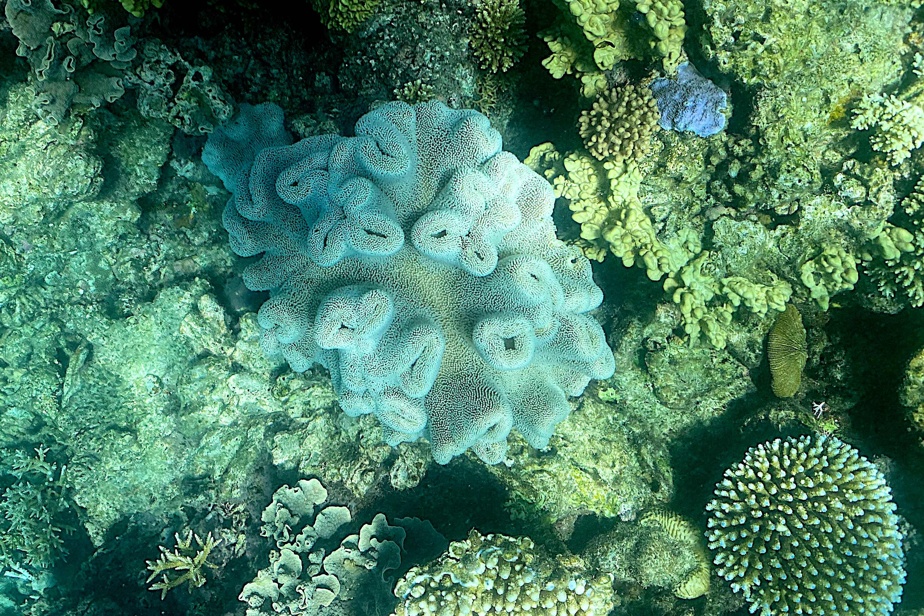 “Bleaching has been detected throughout the marine park,” the Great Barrier Reef Site Authority said in its weekly update.

This phenomenon of decline, which results in discoloration, is caused by the rise in water temperature – a consequence of global warming – which leads to the expulsion of the symbiotic algae giving the coral its bright color.

Survey flights over the reef, which spans an area of ​​2,300 km, revealed damage from heat stress, the authority said.

The authority said ‘early mortality’ had been reported ‘where heat stress was greatest’.

This observation comes at a time when UNESCO is going to carry out an inspection of the site, to check its state of health.

If the results of the mission, which must be presented in June 2022 to the World Heritage Committee, prove negative, the Great Barrier Reef could join the list of sites in danger, UNESCO has argued.

In 2015, when the UN threatened to downgrade the status of the Great Barrier Reef, a World Heritage Site since 1981, Australia launched a multi-billion dollar investment plan to combat the deterioration of the reef.

But since then, the complex has suffered badly after three very serious episodes of coral bleaching, in 2016, 2017 and 2020.

Bleaching has affected 98% of Australia’s Great Barrier Reef since 1998, sparing only a tiny portion of the reef, according to a recent study.

“This shows the constant pressure our reef is under today due to global warming,” said Lissa Schindler of the Australian Marine Conservation.

“A healthy reef can recover from coral bleaching, but it takes time. The increase in the frequency of marine heat waves, mainly due to the burning of coal and gas, means that it will not have this weather, ”she explains.