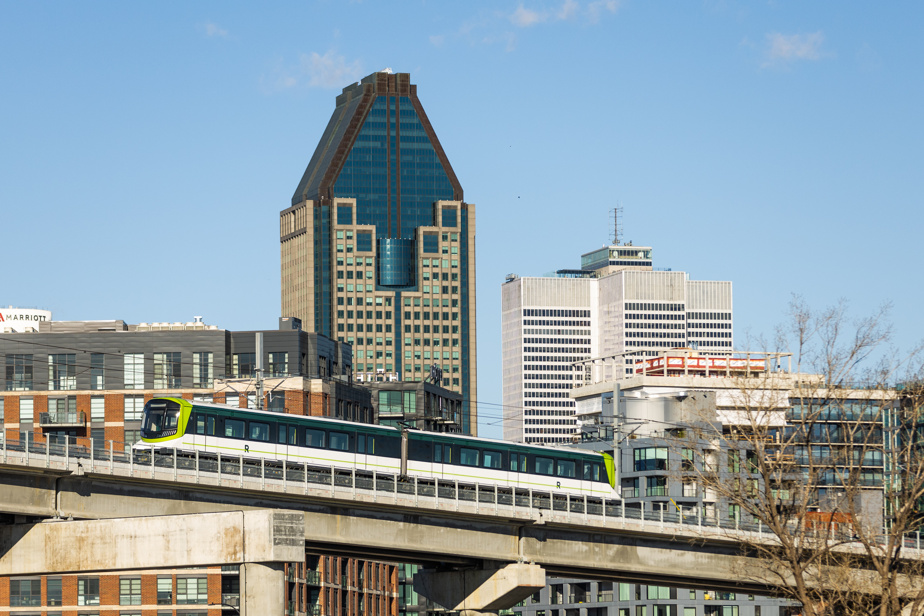 REM trains have been running for a few days at high speed and in automatic mode in downtown Montreal in order to simulate normal operation of the network, the project leader said on Monday.

Montrealers should see more and more often the white and green trains through the skyscrapers.

“This is the most important phase of the whole project,” he added in an interview with The Press, alongside his presentation. It means that our train, we have it. The train “is installed, it is safe, we are ready to operate,” said Mr. Rivard, himself an engineer.

“We did some testing last week, we made some small adjustments and we are resuming testing this week,” he continued. “You will see trains of two wagons, but also multiple units, up to four wagons that will run from Brossard to Central Station. […] People are going to see the REM go over the bridge faster than them, probably. »

These simulations were made possible by obtaining, on October 6, an important international rail safety certification.

No REM before spring

CDPQ Infra announced at the end of October that the Rive-Sud section of the REM would not come into service before the spring of 2023. The company blames this delay on the COVID-19 pandemic and the consequences of the war in Ukraine on the economic chain.

The tests could have been completed in time for an inauguration this winter, but CDPQ Infra did not want to take the risk of starting the operation through snow and ice. “The most responsible decision to ensure the success of this first commissioning was to postpone it to the spring of 2023,” said CDPQ Infra.

In his conference before the OIQ, Denis Rivard praised a “world-class project” whose delays were mainly caused by structural and explosive problems in the old tunnel under Mount Royal, in addition to the pandemic.

He added that the REM’s operating systems – driverless – would be protected against cyberattacks. Critical networks have been installed in duplicate and will be completely disconnected from the Internet to protect them from any intrusion.