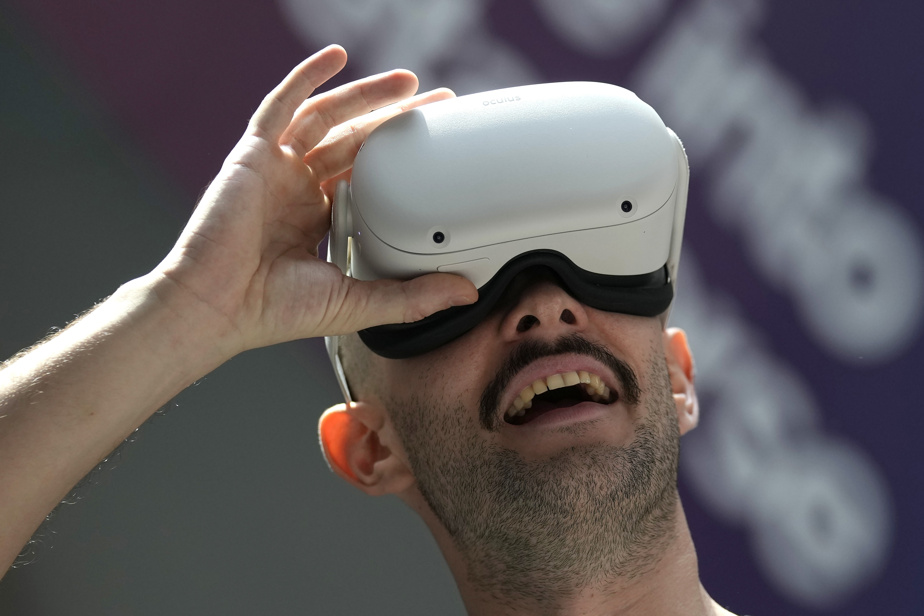 (Lisbon) Despite staggering development costs, the metaverse, supposed to revolutionize the use of the Internet, is still only a series of more or less deserted virtual islands. However, the most invested companies continue to believe in it.

If the metaverse is empty, “it’s because the products are bad,” says Joël Hazan, a partner at the Boston Consulting Group.

According to this expert, who conducted a study in six Western countries, 52% of respondents know the concept of metaverses and 16% have interacted with one of these virtual worlds (46% among 18-24 year olds).

But the experiments that are successful are those that preceded the emergence of the metaverse concept itself: the ultra-popular games “Roblox”, “Minecraft” and “Fortnite” or the virtual world “VRChat”.

In contrast, newer platforms like The Sandbox or Decentraland, which rely on cryptocurrencies for funding and want to encourage the exchange of digital goods, only have a few thousand regular users willing to spend money on them. .

“I’m not worried”, assures the co-founder of The Sandbox, Stéphane Borget, met during the Web Summit in Lisbon. According to him, between 30,000 and 40,000 users interacted with the platform daily this summer.

“People are interested in the metaverse. The brands keep coming in and more than 230 studios are now producing content,” he insists.

However, even Meta (ex-Facebook), which committed more than 10 billion dollars to develop the “Horizon Worlds” universe, had to revise its ambitions downwards.

“A lot of us don’t spend that much time on ‘Horizon,’” wrote Vishal Shah, the group’s vice president in charge of the metaverse, in a note to its employees in mid-September, picked up by the media The Verge.

He reported unflattering feedback and wondered: “If we don’t love (the platform), how can we expect our users to love it? »

Of the tens of thousands of “worlds” existing on the platform, only 9% receive more than 50 visitors each month, according to documents obtained by the wall street journal.

Could this be improved by sharing revenue with creators and adding legs for avatars, as announced by the group’s boss, Mark Zuckerberg?

“For it to work, developers have to find that the Quest (virtual reality) headset is great, that they want to develop applications on it. This dynamic is not engaged at all,” explains Joël Hazan.

Far from being resigned, the promoters of the metaverse are now trying to find technical solutions to accommodate increasingly large crowds.

Thus, the British company Improbable has been developing for nearly a decade a system that can accommodate up to “20,000 people around the world interacting in real time with their own voice” within the same virtual space.

This would allow music stars, famous sportsmen or brands to increase their presence with their fans, boasted its leader Herman Narula, during the Web Summit.

Improbable joined forces this year with Yuga Labs, the champion of NFTs (non-fungible tokens), which notably owns the collection of the “Bored Apes Yacht Club”, from which it wants to draw a video game called “Otherside”.

A first test in July, without virtual reality, allowed some 4,500 “travelers” to dive into the heart of the game at the same time, but no release date has yet been set.

Metaverse is “a huge gamble and it’s important to take risks to innovate,” said Naomi Gleit, Meta’s director of applications, when interviewed on the Web Summit stage.

“There are so many companies that are innovating on this subject. I think it will happen with or without Meta,” she added.