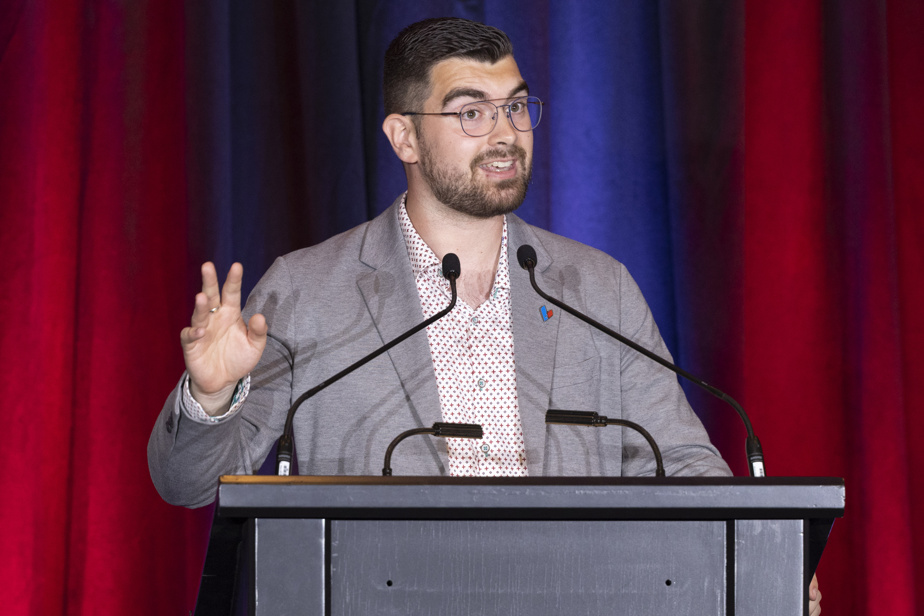 (Quebec) He is neither for nor against. The president of the Quebec Liberal Party (PLQ) youth commission, Gabriel Bourret, intends to show total neutrality regarding the future of the leader, Dominique Anglade, at the head of the party.

Mr. Bourret refuses to say if he wants Mr.me Anglade remains leader of the party or if he would prefer rather that she bows out.

Obligatory passage, within a year, the leader will have to pass the test of the vote of confidence of the members, on the occasion of a congress of the party. The militant base will have to say if they want Mme Anglade remains chief or not. The latter affirms that she intends to continue to lead the party.

“I will not decide if I will vote for or against” Mme Anglade, said Mr. Bourret, in a telephone interview.

And if the chef contacted him to find out if she could count on his support, what would he say? He would say that “for now, my boss is Dominique Anglade”.

He adds “not to be there” in his reflection on the subject.

Asked whether he believes that M.me Anglade will still be party leader in the next election, in 2026, he replies that he does not know and that “the process must take its course”.

Cautious, Mr. Bourret, who was the defeated PLQ candidate in the last election in the riding of Masson, also refuses to comment on the minimum percentage that Ms.me Anglade to remain in office the day after the vote of confidence, because it is “not the time to start speculating on figures”.

The president of the liberal youth wing says he does not want to influence the vote of young party members. He feels that it is not his role to “impose a vision” on members between the ages of 16 and 25.

“It is important that they can vote as they wish. If they see their president publicly take a position, it can send a vision that one position is better than the other,” he argues, while adding that if ever the young members give him a clear mandate, things could change.

He says he has no idea to date as to where the young people of the party stand on the question of leadership.

Despite the PLQ’s crushing defeat on October 3, the worst in its history, with a measly 14% of popular support and a caucus of 21 deputies, Mr. Bourret does not “think that there are in-depth changes to be made to the Liberal Party, with a view to regaining the confidence of voters.

It is “not true that the party must start from scratch”, according to him.

He remarks, however, that the situation was easier for the PLQ, when we think that “for 50 years all we had to say was: if you are for the No, vote for us”.