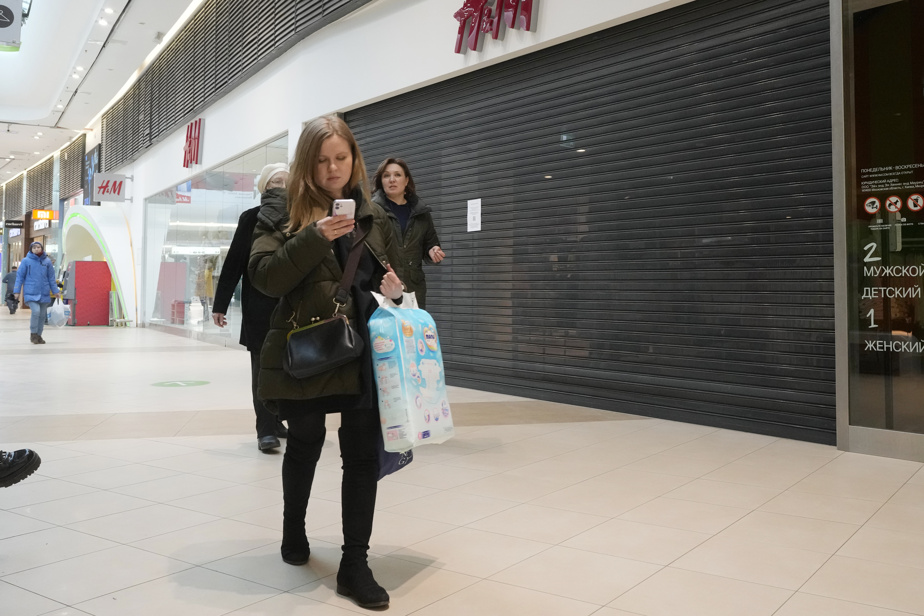 (St. Petersburg) “What am I going to do? Russian Instagram users were torn Sunday between regret and resignation before the blocking of the very popular social network, at a time when the Russian authorities are trying to strictly control information on the conflict in Ukraine.

“Where can I kill time? What will I do ? Everyone is on Instagram…”, panics Ekatérina Makarova, a 28-year-old logistics employee who lives in Saint Petersburg.

“Maybe I’ll go to VKontakte and Telegram, maybe they won’t be blocked,” she reassures herself, naming respectively the Russian equivalent of Facebook and an encrypted messenger also widely used in Russia.

Authorities announced on Friday that they would restrict access to Instagram in Russia from midnight Monday, accusing it of spreading hate speech against Russians amid a military offensive in Ukraine.

The American giant Meta, which owns Instagram as well as Facebook and WhatsApp, had announced the day before making exceptions to its rules on incitement to violence by not deleting messages hostile to the army and Russian leaders.

Sites with “restricted” access in Russia become almost inaccessible without the use of a virtual private network (VPN). This is already the case with Facebook and Twitter.

Instead of an immediate block, telecommunications regulator Roskomnadzor gave Instagram a two-day deadline to allow users to transfer their content to other platforms.

Since then, among the most assiduous users, there is panic.

The video of a Russian “influencer” crying hot tears over the upcoming blockage has gone viral, with some internet users accusing her of indecency with regard to what civilians are going through in Ukraine.

“You just have to move to Kharkiv, Instagram still works there,” quipped a surfer, citing Ukraine’s second city surrounded by Russian forces and in the throes of furious fighting.

Karina Nigaï, a fashion blogger followed by nearly three million people on Instagram, compares her pain to bereavement: “I am still at the anger stage and the acceptance stage is still far away”, she writes. , however, taking care to redirect its subscribers to its VKontakte and Telegram accounts.

“We will live without! »

As in the rest of the world, Instagram is an extremely popular platform in Russia with young people, who compulsively post photos and videos there.

“There are bloggers who make money” on Instagram, so blocking “it’s not great for them,” said Anastassia Malova, a 23-year-old student. “But for me, a normal person who sometimes shares things about his life there, it doesn’t affect me much. »

Like her, some users seem to have made up their minds. “If they close it, then they do, I will go on Telegram! », Launches, bravado, Alexeï Garkoucha, a 41-year-old painter.

“We will live without! adds Nikolai Ermenko, a 45-year-old engineer.

Victoria Lilova, a 29-year-old teacher, is not going to suffer “personally”, but she “feels sad for charities, because they raise a lot of money on Instagram”.

Alexandra Mitroshina, an influencer with more than 2.4 million Instagram followers, is concerned “for small and medium-sized businesses whose business is Instagram-related.”

Clothes, furniture, massages or language courses: Instagram is indeed a crucial online sales tool for many Russian companies, as well as for artists, who depend on their visibility on this platform, in Russia and abroad, to find customers.

Besides the economic health of influencers and small businesses, the blocking is also likely to impact opposition movements.

Instagram is notably one of the most used social networks by imprisoned opponent Alexeï Navalny, a pet peeve of the Kremlin. His team regularly publishes messages written from prison.