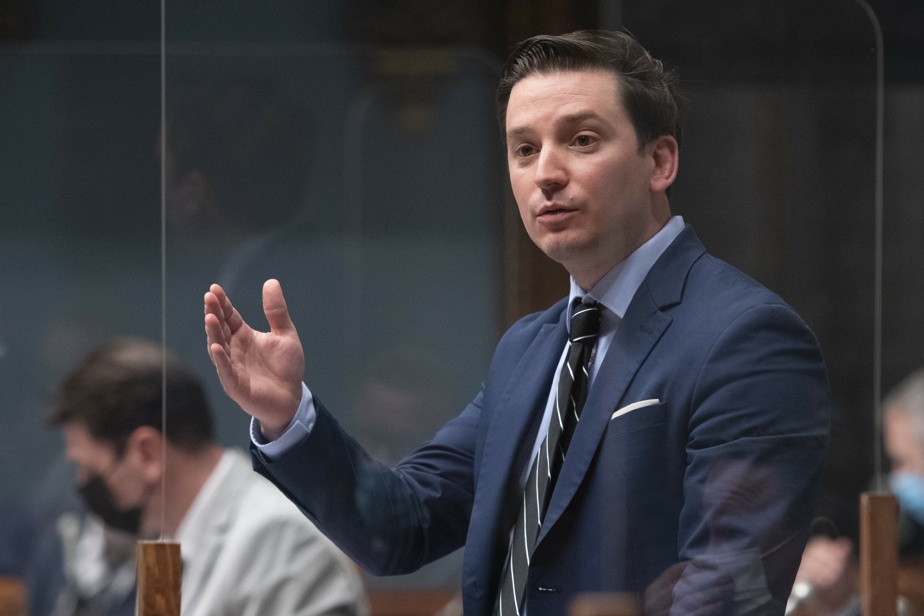 The secret organization of a criminal trial outside the official channels undermined the “rule of law” in our society, according to the Attorney General of Quebec, who took steps before the Court of Appeal to correct the shoot.

“The Attorney General of Quebec considers that the situation described […] undermines public confidence in the administration of justice and the rule of law,” Justice Department lawyers say in a motion filed Monday in court.

It was Minister Simon Jolin-Barrette who asked government prosecutors to intervene, in the wake of the revelations of The Press on the discovery by the Court of Appeal of a secret trial of which all traces had been erased. The accused in this case was a police informant and according to our information, his trial was led by federal crown prosecutors.

The Court of Appeal ruled that the holding of this secret trial was contrary to the “fundamental principles” of the justice system, but it refused to make public the name of the judge who presided over this extraordinary exercise, the district where he sits, and the sentence he had imposed on the police informer. The names of the lawyers involved also remain confidential to this day.

In his motion, the Attorney General of Quebec therefore asks the Court of Appeal to modify its orders in order to allow the creation of a real file in good and due form before the court of first instance, with a real file number which allow the case to be recorded in the court records.

“The publicity of judicial proceedings, even the very existence of a judicial file, is a matter of public interest and a fundamental principle in any democratic society”, specifies the request.

However, “in the present case, any possibility of knowing the existence of the judicial body, except for people whose identity has been kept secret, has been absolutely annihilated”, continues the text.

The request also asks the Court of Appeal to make public the elements of the file which would not compromise the security of the police informant, whose identity is protected by law.

“The Attorney General of Quebec is justified in intervening in these proceedings, in order to preserve the rule of law and public confidence in the justice system, out of concern for the sound administration of justice,” explains the request.

The rule of law is a centuries-old concept. According to the Canadian Encyclopedia, “the rule of law is an overriding constitutional principle that the law applies both to the government and to all public officials who must answer for their actions in the ordinary courts”.

The Attorney General’s motion is signed by Mr.and Pierre-Luc Beauchesne, a ministry lawyer who has also represented the government on important issues such as the Lac-Mégantic tragedy and the legality of imposing a curfew during the pandemic.