In Swimsuit bottoms – Another body story, Audrey Millet, doctor of history and researcher at the University of Oslo, retraces the history of the swimsuit. A sometimes controversial piece of fabric that reveals our relationship to the body, to water, and to the evolution of mores. Interview.

Why write a book about swimwear?

I had been thinking for a long time about the swimsuit. I found myself on the beach two years ago and I noticed that the bodies were much more covered than in the 1990s. I wondered why. There is modesty and sobriety, the freedom not to show off, the complexes we have and the religious excuse to cover up. How come ? The beach is the only place where there is peace! We hope to go there once a year! We work to find ourselves by the sea or by a lake, on vacation, to have a good time, to go there with the children, to swim, to bask, to do nothing, and it is a space of freedom . When freedom overlaps, that’s when I wonder. You know, the story of the swimsuit is that of the skin which has become public, of the unveiling of the body. It is also the story of prohibitions, decided by men.

I went back to Antiquity and the relationship between the body, water and society. Ancient myths reveal the anxieties and injunctions of the female body. The water is unstable, so it is forbidden to approach it. The humidity of female nature does not inspire confidence either. Fertile like water, the woman is uncontrollable. In mythologies, whenever a woman approaches water, she is either seduced or raped. It’s tragic, because we’re afraid of water, we can’t control it and we’ve also always been afraid of women.

Will advances in medicine change this relationship with water?

Yes. Much later, we realize that the water washes and that it does not give diseases. We will discover the benefits of seawater on health. There is also the discovery of hygiene, made possible by water. With scientific progress and advances in medicine, we educated in water, in public baths, then in swimming. Collective and individual hygiene is booming in the 19th century.and century.

When did the first swimsuits appear?

In the 19thand century, in the form of long-sleeved shirts and woolen trousers. Around 1830-1840, we have bathing suits that bear the name of seaside resorts. In the beginning, these bathing suits are made of wool, so when you enter the water, it weighs a ton, and you need two people, one on each side, to be able to get out of the water, because we are too heavy ! Then, at the end of the 19thand century, the aristocrats took a passion for water sports, the boat for example, and the women were also going to be interested in them. There are heroines like Annette Kellermann, who swims across the English Channel and decides to show off her legs and arms by wearing a skin-tight suit to go faster. In 1907, she finds herself in court for shamelessness, and her trial will set a precedent, because the judge rules in favor of the sporting argument.

When do we see the bikini appear?

The bikini arrives in 1946, the year of the first nuclear test on Bikini Atoll in the Pacific. Louis Réard, automotive engineer turned knitwear manufacturer, creates the two-piece swimsuit that reveals the navel. This is the birth of the bikini, and the slogan is “an atomic bomb”. What shocks is that we show the navel. Countries will ban it, such as Italy and Spain. In Los Angeles, we tell ourselves that we want to be modern, we rely on advertising by praising the benefits of the sun and women in bikinis. […] The bikini is synonymous with a new freedom, carelessness and the consumer society.

But to show off in a bikini, does the body have to be sculpted?

Yes ! Sometimes you have to be wary of the words “freedom” and “emancipation”! We remove the corset from women, but we make them understand that their natural body is not beautiful… The body must be athletic. You have to watch his figure. Women are going to reveal themselves on the beach, so the pharmaceutical industry is going to offer slimming diets, creams; the beauty industry will offer rollers to feel cellulite, cosmetic surgery. Women will really integrate the public sphere, but new injunctions are being imposed on them — you have to suffer to be beautiful! The discovery does not only have happy consequences for the body of women, which found itself subjected to new injunctions, and scrutinized. We realize that it is a false freedom.

What is the future of swimwear?

The swimsuit market in the world is more than 20 billion dollars, but the swimsuit is very polluting, because it is made from synthetic fibers, such as nylon, and polyamide, polyester and elastane, derived from petroleum. It is absolutely necessary that the industry make more efforts to offer recyclable ecological materials. Also, swimsuits should automatically be made with materials that block UVB rays. And finally, as far as the body is concerned, when you’re in a bathing suit on vacation by the pool, the sea or a lake, it’s a time to reclaim your body, without judgement, without complexes. . It’s a time of year when you want to enjoy the sun, the holidays, and the happiness of lazing around. 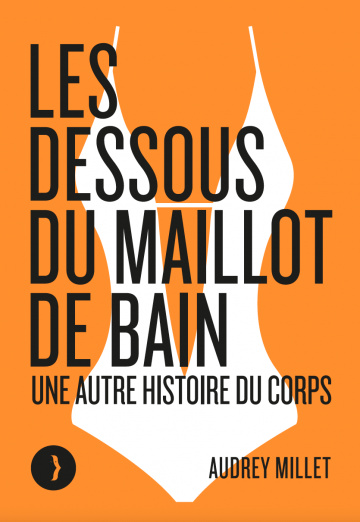 The underside of the swimsuit – Another story of the body