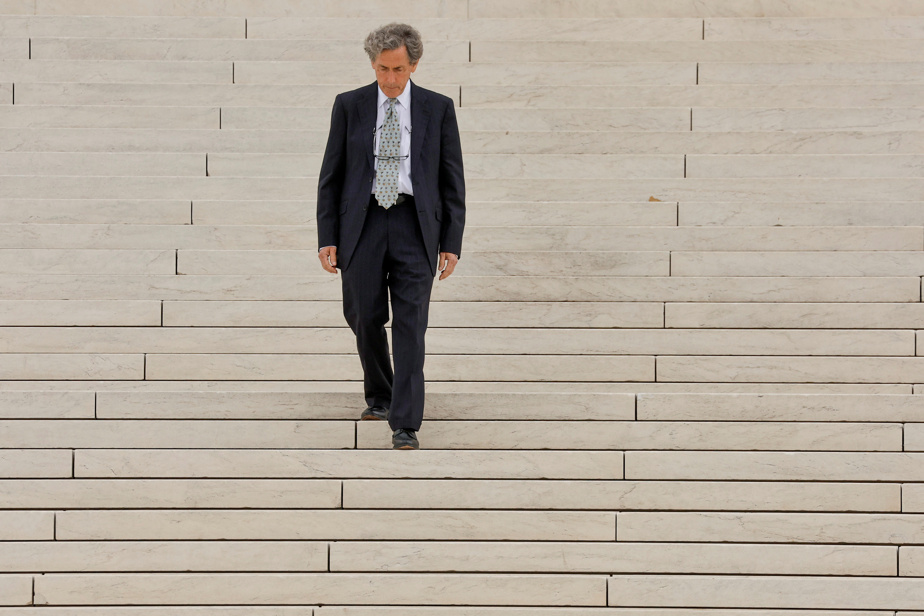 (Washington) The very conservative United States Supreme Court seemed ready on Monday to end affirmative action programs at universities, which would be a new historic U-turn after its reversal on abortion.

The high court devoted, exceptionally, nearly five hours of hearing to the admission procedures in the oldest private and public universities in the country, those of Harvard and North Carolina.

Like many very selective establishments, they take into account the color of the skin or the ethnic origin of their candidates in the evaluation of their files. The goal is to correct inequalities stemming from the segregationist past of the United States and to increase the share of black, Hispanic or indigenous students in higher education.

These policies, known as positive discrimination, have always been highly criticized in conservative circles who consider them opaque and see them as “reverse racism”.

Referred to several times since 1978, the Supreme Court has banned quotas, but authorized universities to take into account, among other things, ethnic criteria, judging that the search for greater diversity on campuses was “legitimate “.

In 2014, neoconservative activist Edward Blum adopted a new angle of attack. At the head of an association called “Students for Fair Admission”, he accused the two universities of discriminating against students of Asian origin.

After having suffered several defeats in court, he turned to the High Court, which was profoundly overhauled by Donald Trump.

“Ethnic criteria are a penalty for candidates of Asian origin,” argued one of his lawyers, Cameron Norris, on Monday, judging Harvard’s programs “racist”. These candidates, who have significantly above average academic results, would be more numerous on campus if their performance were the only selection criteria, he argued.

For his colleague Patrick Strawbridge, using ethnocultural criteria is “intrinsically divisive”, and the high court must declare this practice unconstitutional.

Their arguments seemed to hit home with a Supreme Court that has never been as diverse as it is today with two African-American judges and one Hispanic, but which has a solid conservative majority (six out of nine justices).

“What are the academic benefits of greater diversity? “, questioned insistently the black judge Clarence Thomas, a detractor of the programs of positive discrimination, of which he nevertheless benefited to study at the prestigious university of Yale.

Harvard used “diversity as a subterfuge” to weed out Jewish students in the 1930s, Judge Neil Gorsuch said.

“Using ethnic classifications is dangerous, there must be an end point,” insisted Judge Amy Coney Barrett, recalling that the Court had itself imagined that these policies would no longer be necessary in 25 years.

The three progressive justices tried to defend the status quo.

Ethnic criteria “are never the only ones taken into account” and the students provide this data “on a voluntary basis”, underlined the African-American judge Ketanji Brown Jackson, who recused herself in the Harvard file because She sat on the institution’s Supervisory Board.

If universities no longer have the right to take ethnic criteria into account, “the place of minorities will collapse”, added judge Elena Kagan, stressing that campuses served “as a breeding ground for the leaders of the country”. .

Such a decision “would have devastating effects,” added Elizabeth Prelogar, who gave them her support on behalf of the government of Democratic President Joe Biden.

For her, diversity is essential in the army, where it strengthens “cohesion” between soldiers, but also in the business or scientific world, where it promotes “innovation”.

Large companies, including Google or General Motors, had also written to the Court before the hearing to emphasize that a “diverse workforce improved their performance” and that they were drawing to select it from the pools of students on campus.

The high court must render its decision before the end of June 2023.