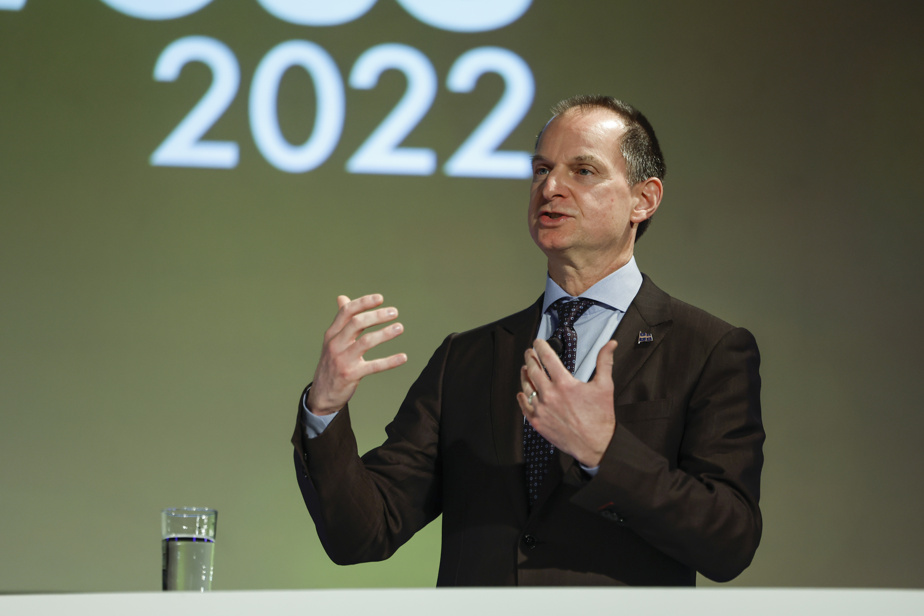 (Montreal) Young people will also benefit from the tax cuts promised by the Legault government, underlines the Minister of Finance of Quebec, Eric Girard, who defended the decision to finance a promise of tax cut by reducing the payments to the Fonds des generations.

“The young people, they work today, insists the minister in scrum after a speech before the Board of Trade of Metropolitan Montreal on Monday. Today’s young people, my children who are entering the job market, they want to save, they want to buy a house, they have aspirations. They too pay high taxes. Lowering taxes is not fair for people aged 50 and over. It is for all workers in Quebec. »

During the election campaign, the Coalition avenir Québec (CAQ) had promised to lower personal income tax by 1 percentage point for the first two tax brackets (from $15,000 to $92,000 in income) as of 2023. This reduction will be financed by reducing the payments provided for in the Generations Fund.

The economic update presented by the minister last week made no mention of this promise, but the government still intends to confirm it in its budget which will be presented next spring. Its cost would be 7.4 billion over four years.

The president of Force Jeunesse, Simon Telles, for his part, does not believe that young people come out winners from a reduction in their tax contribution. “While significant cost increases are expected in key sectors such as health and education over the next few years, it is very hard to understand the intention to lower taxes, and even less the choice to pass this invoice to the next generations who will already have difficulty in maintaining access to quality public services and healthy public finances”, he reacts.

Mr. Girard defended his government’s choice before an audience of Montreal business people. He said that middle-class taxes are higher in Quebec than in Ontario, without mentioning the services obtained in exchange such as affordable child care, the public drug insurance plan or the health insurance plan. parental.

Mr. Girard says that the size of the payments would have grown significantly if the status quo was maintained. By funding the tax cut in this way, the government would also protect funding for services, he said.

“When the Generations Fund was created in 2006, the contributions were in the hundreds of millions,” he said. This year, we are contributing more than 3 billion. If we do nothing, we are going to 5 billion in 2026-2027. We suggest you keep that at 3 billion. »

The limit on infrastructure spending

Asked by the president and CEO of the Chamber of Commerce, Michel Leblanc, about investments in infrastructure, Mr. Girard said that Quebec had reached a limit as to the amounts the government could deploy in infrastructure.

The Quebec Infrastructure Plan (PQI) provides for spending of $142 billion over ten years. “The PQI is one and a half times the size of Ontario’s,” replied Mr. Girard. We are already pushing the envelope to the maximum. Moreover, we are forced to ask ourselves if in certain cases, when we push demand like that, if the effect is not only on prices and not on production. »

The money is available for infrastructure, said the minister. “We are very close to our limits of physical capacity. It has nothing to do with money. »

At a time when the government must renovate schools and hospitals, Mr. Girard seemed unfavorable to the request of the Board of Trade of Metropolitan Montreal to expand the Palais des congrès de Montréal. “Me, I find that the COP[15], it fits very well in the existing size. »