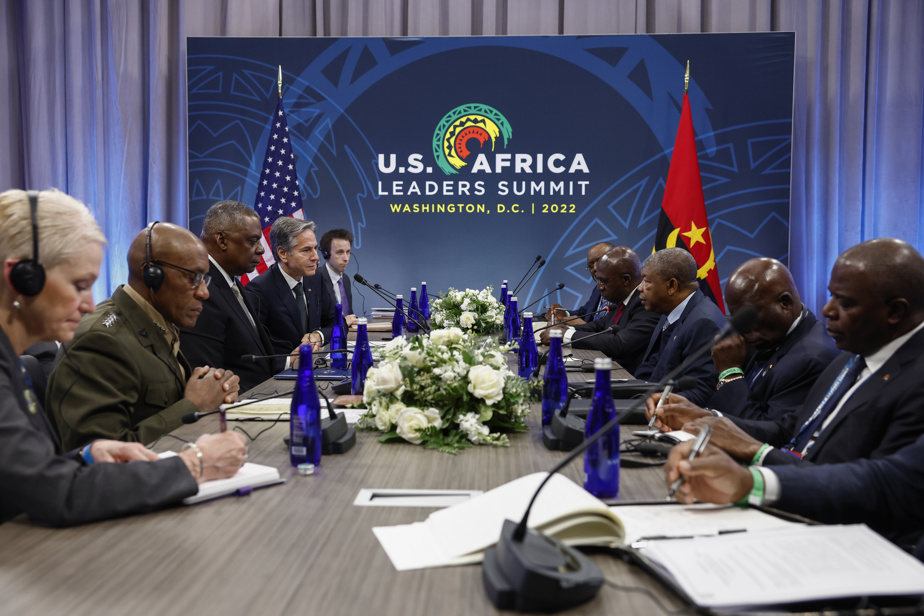 (Washington) Long accused of neglecting Africa, the United States rolled out the red carpet on Tuesday for dozens of African leaders, with the stated aim of regaining influence on the continent in the face of Chinese competition in particular.

And in this charm offensive to seduce sometimes reluctant African partners, the United States has put its hand in the wallet, promising to devote “55 billion dollars to Africa over three years”, according to the White House.

These funds, the details of which will be distilled throughout this three-day summit under the leadership of President Joe Biden, must in particular be devoted to health and the response to climate change, presidential adviser Jake told the press on Monday. Sullivan.

The Biden administration thus announced on Tuesday the granting of up to 4 billion dollars by 2025 for the hiring and training of healthcare workers in Africa, drawing lessons from the COVID-19 pandemic.

The first day of the summit also touched on the subject of space exploration with the signing by Nigeria and Rwanda of the Artemis agreements under the impetus of the United States. They are the first African countries to do so.

Nearly fifty African leaders, some of whom have been widely criticized for respect for human rights, are taking part in this summit, the second of its kind after the one organized in 2014 under the presidency of Barack Obama.

President Biden, who has not yet visited sub-Saharan Africa since the start of his term, is due to speak on Wednesday and Thursday before the summit.

In particular, he will plead in favor of an increased role for Africa on the international scene, with a seat on the UN Security Council, and for the African Union to be formally represented in the G20.

During a forum organized on the sidelines of the summit with the African diaspora in the United States, the head of American diplomacy Antony Blinken assured Tuesday that the new strategy of the United States can be summed up in one word: “partnership”.

All this, “recognizing that we cannot resolve our shared priorities alone,” he said during the forum at the Africa Museum in the United States capital.

This new strategy was unveiled last summer announcing an overhaul of US policy in sub-Saharan Africa, to counter the Chinese and Russian presence there.

China is the world’s largest creditor to poor and developing countries and invests heavily in the African continent, which is rich in natural resources.

In addition to investments, climate change, food insecurity – aggravated by the war in Ukraine – or even trade relations and good governance will be at the center of the meeting.

US diplomacy also expects a “robust discussion” on a 2000 Africa Growth Act linking the lifting of tariffs to democratic progress and which expires in 2025.

The summit and, on the sidelines, its cohort of bilaterals, is also an opportunity to address a series of conflicts, from Ethiopia to the Democratic Republic of Congo (DRC).

The question of security in Africa should notably be at the center of a working session on Tuesday afternoon in the presence of Mr. Blinken.

The latter must also meet on Tuesday with Congolese President Félix Tshisekedi, struggling with the M23 rebellion which has seized large swathes of territory in the east of the country in recent months.

The DRC accuses Rwanda of supporting the M23, which Kigali denies. Rwandan President Paul Kagame is also due to be in Washington.

Ethiopia is also on the agenda in the presence of Prime Minister Abiy Ahmed, just over a month after the signing of a peace agreement on November 2 between the Ethiopian federal government and the Tigrayan rebels, intended to end two years of devastating conflict.

In the morning, US officials met with Somali President Hassan Cheikh Mohamoud, welcoming his action in the fight against radical Islamists Shebab.

The United States “welcomes working alongside the brave Somali forces and will continue to support your government’s efforts,” said US Secretary of Defense Lloyd Austin.