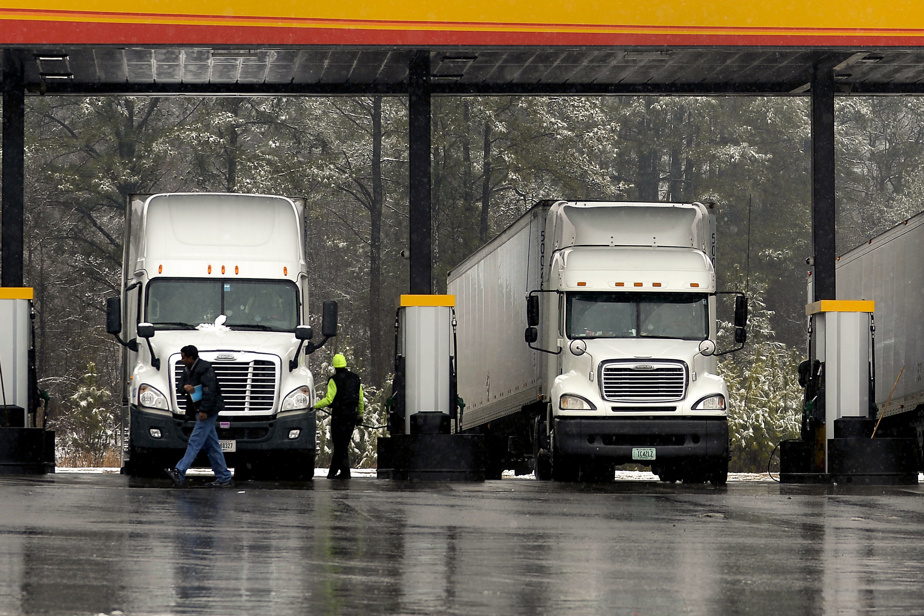 (Washington) The American authorities announced on Monday that they wanted to tighten pollution standards for heavy vehicles in the coming years, whose emissions dangerous to health primarily affect disadvantaged populations.

“In America, an estimated 72 million people live near freight routes used by trucks, and they are more likely to be people of color or low-income,” the CEO said in a statement. the Environmental Protection Agency (EPA), Michael Regan.

The proposed new rules first tackle emissions of nitrogen oxide (NOx), gases known to cause asthma or respiratory illnesses, and of which heavy vehicles are the main emitters. The last standard on the subject dates from 20 years ago.

If adopted, these new limits will apply to vehicles built from 2027. Authorities estimate that nitrogen oxide emissions from trucks would be reduced by up to 60% by 2045.

The agency has also said it wants to tackle greenhouse gas emissions from heavy-duty vehicles separately, but this time for models built from 2030.

According to authorities, by 2045, these measures announced Monday would prevent 2,100 premature deaths, nearly 7,000 hospital visits, and 1.1 million missed school days.

But for the “Union of Concerned Scientists” (UCS), an NGO dealing in particular with environmental issues, these announcements do not go “far enough”.

They thus offer “insufficient reductions in pollutant emissions and fail to require the adoption of zero-emission trucks”, a possible alternative if the deployment of electric trucks were encouraged, she underlined.

Separately, the government on Monday announced more than $1.4 billion to help states and cities buy American-built electric buses for their transit systems, and train drivers to use them.

This investment, which is part of the major infrastructure modernization plan voted last year, will create “good jobs, jobs for the future”, Vice President Kamala Harris said on Monday.

The EPA has finally announced $17 million dedicated to the purchase of electric school buses, in addition to the $5 billion already announced for this purpose under the infrastructure law.