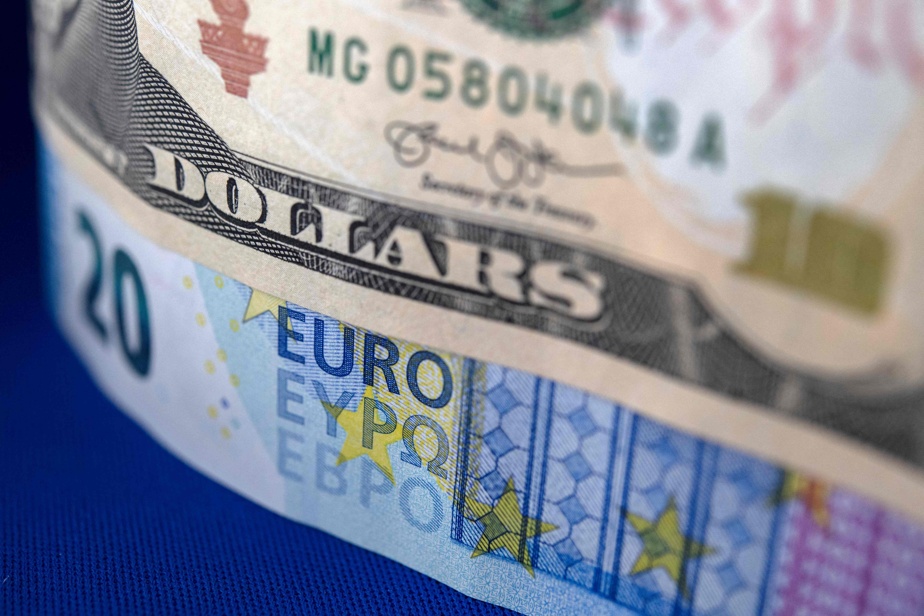 (New York) The US dollar remained below parity with the euro on Friday, in a market that was digesting a series of announcements from central banks and preparing for the meeting of the Federal Reserve (Fed) next week.

Around 4 p.m., the greenback was stable against the single currency, at 0.9965 dollars for one euro.

The “greenback” benefited from the rise in US bond rates, which made investments in dollars more attractive.

The yield on 2-year US government bonds, considered a good indicator of market expectations in terms of monetary policy, tightened to 4.42%, against 4.27% the previous day.

The phenomenon compensated for traders “taking a bit of a step back” against the dollar in the short term, according to Bannockburn Global Forex’s Marc Chandler ahead of the Fed meeting on Tuesday and Wednesday.

The movement was particularly palpable against the pound sterling.

For several days, the dollar has been suffering “from the vision of a Fed which could slow the pace of its rate hikes by December”, underlined Joe Manimbo, of Convera.

This does not mean, however, that the institution is done with its tightening cycle. Operators even still give a probability of nearly 40% to the scenario of a key Fed rate above 5% in March.

The dollar’s hesitations continued after the publication of the PCE price index, which showed an acceleration in underlying inflation (excluding food and energy) in September, year on year, compared to August.

“It keeps the pressure on the Fed not to relax its fight against inflation,” said Edward Moya of Oanda.

Elsewhere on the foreign exchange market, the yen began to slide against the dollar after the Bank of Japan (BoJ) maintained its key rate and its ultra-accommodative monetary policy on Friday.