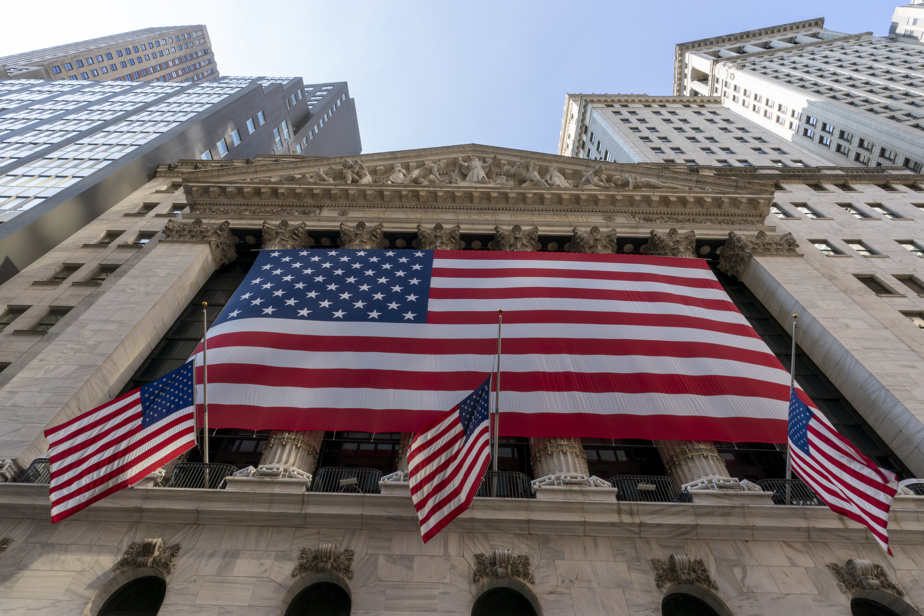 The three flagship indices of the New York market thus ended at their lowest closing level since the beginning of November, more than a month ago.

“Investors are unable to digest the offensive rhetoric of central bankers this week, against the backdrop of a clear deceleration in the economy”, commented, in a note, Edward Moya, of Oanda.

The American central bank (Fed), like the European Central Bank (ECB) or the Bank of England repeated this week that their fight against inflation was not over and that they would have to go up even further rates, to keep them high for longer than expected.

A series of poor US macroeconomic indicators also confirmed that the US economy was showing signs of fatigue.

On Friday, the PMI indices of activity in services and in the manufacturing sector both came out well below economists’ forecasts, each significantly below 50, which reflects a contraction in the economy.

“These data contribute to investors’ fears that central banks will go too far in their monetary tightening,” explained Angelo Kourkafas of Edward Jones. They “fuel the view that the pace of growth will slow significantly in 2023.”

If they are worried about the speech of the Fed, the operators nevertheless expect that the institution frankly eases the foot over 2023, as the American economy runs out of steam.

The central scenario is that of a key rate raised by only half a percentage point by June, ie less than what was expected a week ago.

Short-term bond rates thus fell on Friday. The yield on 2-year US government bonds, considered representative of monetary policy, stood at 4.17%, compared to 4.23% on Thursday.

At the rating, Meta (+2.82% to 119.43 dollars) benefited from an increase in the recommendation of analysts at JPMorgan, encouraged by what they see as an improvement in the financial discipline of the group.

General Motors backtracked (-3.91% to 36.15 dollars). The American Highway Safety Agency (NHTSA) has announced the opening of an investigation into the vehicles of its subsidiary Cruise, which specializes in autonomous driving, after several accidents linked to sudden braking or an impromptu stop.

The software publisher Adobe jumped (+2.99% to 338.54 dollars) after the publication of a quarterly net profit above expectations, with growth driven by its remote computing services (cloud computing). The San Jose (California) firm also reported better than expected forecasts for the current quarter.

The Chinese group Lanvin Group, which notably controls the fashion houses Lanvin and Sergio Rossi, continued its chaotic course, the day after its listing on the New York Stock Exchange.

After plunging 22.93% on Thursday, the first day after its merger with listed company Primavera Acquisition Corporation, Lanvin Group took off 31.06% to 10 dollars. The operation allowed the company to raise more than $150 million in new money.

The Novavax laboratory continued its tumble (-2.56% to 11.03 dollars), weighed down by the revision of its agreement with the British authorities on the purchase of anti-COVID-19 vaccines. The planned volumes have been halved in the new version of the agreement.

Furthermore, this biotech company plans to issue new shares and bonds convertible into shares for a total amount of up to $250 million in total, which will dilute the shares of existing shareholders.

In two sessions, the Novavax title has melted by more than 35%.

Investors who had hoped to see Santa Claus visit the financial markets in December were disappointed once again on Friday, as a generalized decline ended a week of losses for North American stock markets.

In the currency market, the Canadian dollar traded at an average rate of 73.06 cents US, down from 73.31 cents US on Thursday.