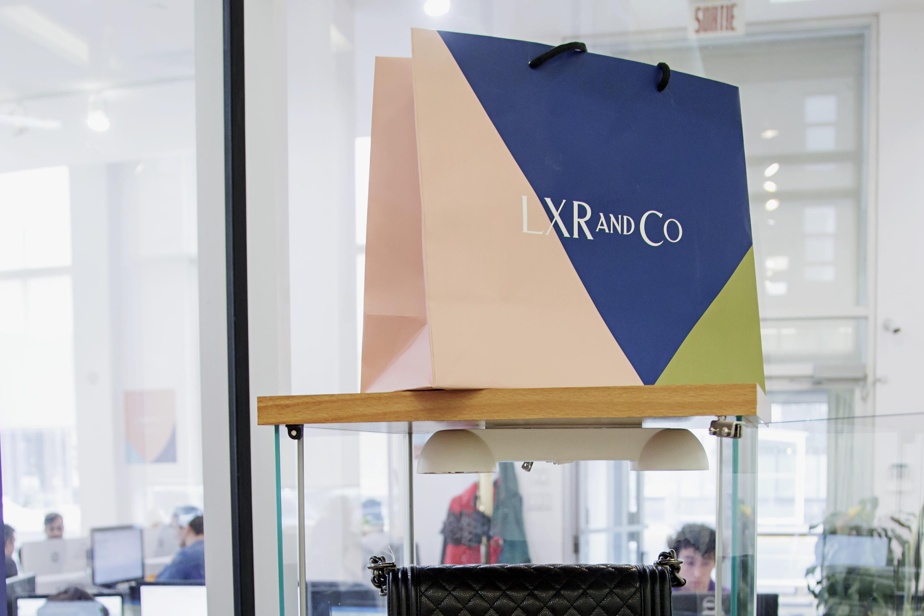 The Toronto firm Windsor Private Capital has been buying shares of the Montreal company LXR and Co massively since the beginning of the fall, while the specialist in the online sale of second-hand fashion items has just announced Thursday evening that she was considering her options.

A sale of the business, a financing transaction or an acquisition are all possibilities.

Windsor Private Capital first purchased shares on September 29 to increase its stake in LXR. Subsequent purchases in early October and most recently over the past week have taken it to 14%.

Cogeco Communications lost a buy recommendation mid-week. Canaccord withdraws its purchase proposal as the Quebec telecommunications company prepares to publish its year-end results on Thursday. Acknowledging the shrinking valuations of US cable companies, analyst Aravinda Galappatthige opts to in turn use a lower valuation multiple in her calculations. They are now only three out of ten analysts to suggest the purchase.

5N More won the confidence of National Bank Financial earlier this week. Citing an improvement in growth prospects, analyst Rupert Merer now recommends becoming a shareholder in the Montreal producer of technological materials. 5N Plus on Monday announced a 10-year deal to supply space solar cells to the company Sierra Space. At the end of September, 5N Plus announced the renewal of an agreement to provide FirstSolar semiconductor materials. They are now four out of five analysts to propose the purchase of the title.

Saint-Bruno-de-Montarville asset manager Medici has stopped following Stingray after concluding that the business model of the Montreal company that programs digital music channels and markets them to cable television network operators such as Videotron had weakened in a market “in full mutation, marked by the inevitable decline cable television”.

Stingray’s music channels are often included by default in TV packages. However, each subscriber who cuts the cord causes Stingray to lose revenue, Medici points out in its quarterly letter published this week.

The acquisition made in 2018 in the radio niche, “which has no connection with linear television channels”, is another reason raised by Medici.

Waterfalls is another title that does not meet Medici’s investment criteria, although the Kingsey Falls paper mill is recognized as one of the “beautiful successes” of Quebec inc. “Cascades does not rank among the potential candidates because the return on its capital is inadequate relative to our scales. »

The only analyst who still offered to buy the stock of Goodfood Market threw in the towel earlier this week. Frédéric Tremblay, of Desjardins Securities, withdrew his purchase suggestion last Sunday, pointing out the uncertainty stemming from the abandonment of the fast grocery delivery service as well as the financial situation in which the Montreal supplier of ready meals finds itself. to cook. After the flip-flop surrounding the fast delivery strategy, Canaccord said Goodfood was in the penalty box until further notice.

Nanoxplore gained a new follower mid-week. Ben Jekic, at PI Financial, launched an official follow-up of the activities of the Montreal producer of graphene by recommending the purchase of the action. The title has lost 50% of its value since the beginning of the year. Ben Jekic points out that the management will specify its strategic plan for the next five years next month and will offer an update on the VoltaXplore project, a joint venture manufacturing batteries for electric vehicles. The seven analysts who follow the title say to buy.

An administrator of Richelieu Hardware has just purchased $70,000 worth of shares in the Montreal hardware supplier. Marc Poulin bought 1000 shares on Thursday. He also bought a block of 1,000 shares on October 13. The former boss of Sobeys/IGA has been a member of the Richelieu Board of Directors for nine years.

“Current indicators of investor sentiment, leading inflation indicators and extremely oversold markets suggest that we are much closer to a market bottom than a top,” reads the weekly financial letter published. this week by Montreal-based asset manager Palos.