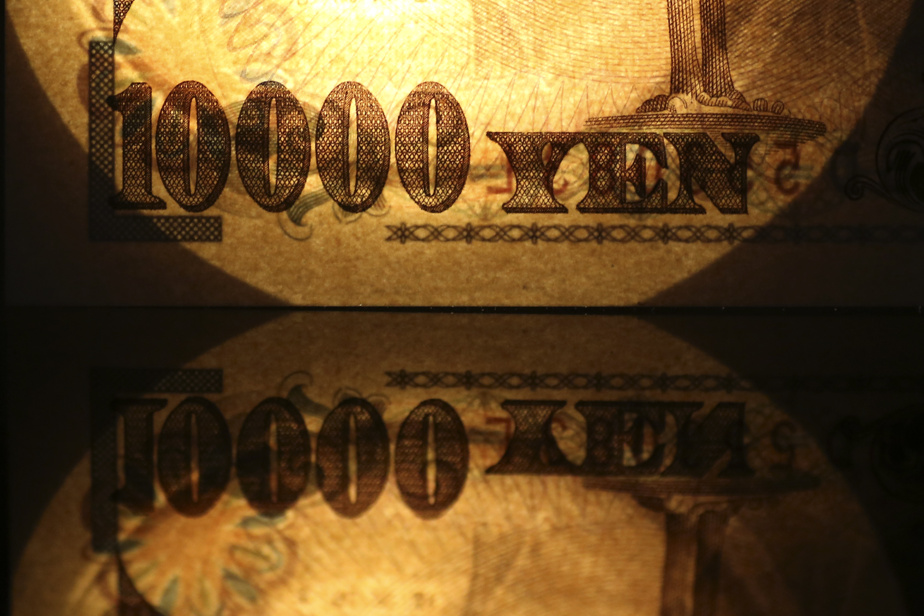 (New York) The yen melted on Monday and approached its lowest level in 20 years against the American dollar, weighed down by the prospect of a very loose monetary policy in Japan, while the euro remained stable after the first round of the French presidential.

The Japanese currency also suffered from soaring US bond yields, while the rate on ten-year Treasury bills climbed to 2.78% (+3.18% on Monday), its highest since January 2019.

The US government is due to publish inflation for March on Tuesday and the White House spokesman has already acknowledged on Monday that it will be “extraordinarily high”.

Unlike his counterparts in the euro zone or the United States, the Governor of the Bank of Japan (BoJ) Haruhiko Kuroda is not overly worried about the level of inflation, which is much lower in Japan than in the West.

He said Monday that his institute could ease its monetary policy.

“The BoJ may be worried about the speed of the yen’s decline, but is in favor of anything that could allow Japan to get out of the deflationary trap in which the country has been caught” for years, comments Kit Juckes, analyst at Societe Generale.

Result, despite the conflict in Ukraine, “risk aversion does not benefit the yen”, yet usually considered a safe haven, notes Stephen Innes, analyst at SPI AM.

The Japanese economy is also closely linked to China, where inflation accelerated in March (+1.5%) as a resurgence of COVID-19 led to the closure of several regions.

For its part, the euro held firm, climbing 0.06% to 1.0884 dollars per euro, moving away a little from its low in a month reached on Friday.

The arrival at the top of outgoing President Emmanuel Macron, who will face far-right candidate Marine Le Pen on April 24, has slightly reassured the markets.

“Mr Macron is clearly perceived as the candidate who will benefit the markets, in particular with his passion for European unity”, while Mme Le Pen has adopted positions hostile to European integration, commented Victoria Scholar, an analyst at Interactive Investor.

But according to Scotiabank’s Shaun Osborne, “if the second-round polls tilt significantly in favor of Mr.me Le Pen, we can expect the euro to hit its trough of 1.0636, reached during the pandemic, in the days or weeks to come.

On the other hand, if voters on the left move “towards a postponement on Mr. Macron, his re-election, which would calm concerns in the markets, could help the euro […] back above 1.10,” the FX strategist at Scotiabank added.

Before the second round, traders will focus Thursday on the European Central Bank (ECB).