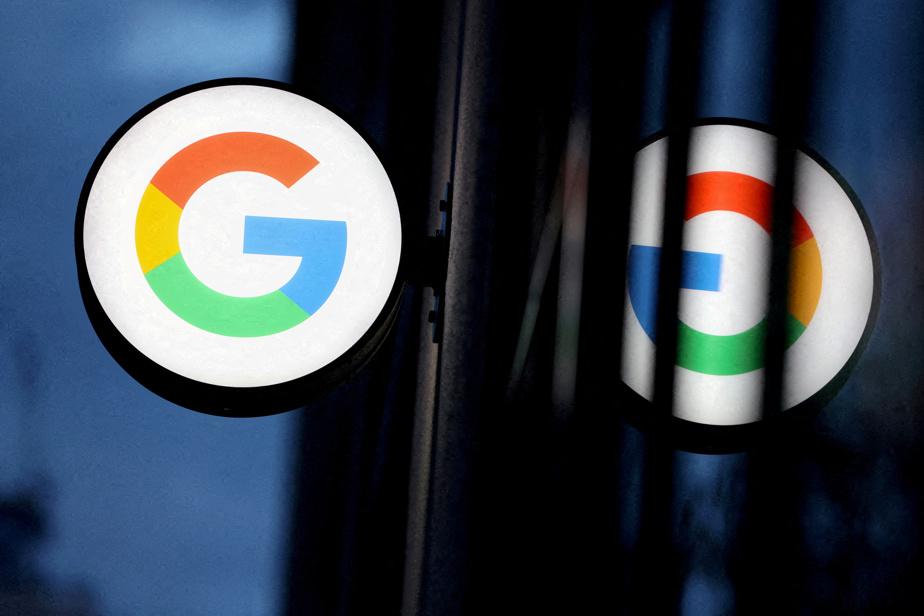 (San Francisco) Alphabet, the parent company of Google, achieved its weakest revenue growth this summer since 2013, apart from the start of the pandemic, a strong sign that the digital advertising giants are less and less resistant. less well to inflation and competition.

The Californian group published Tuesday a turnover of 69.1 billion dollars in the third quarter, up 6% year on year. Its net profit came out at 14 billion dollars, a result well below expectations.

Its title lost more than 6% during electronic trading after the closing of the New York Stock Exchange.

From July to September, YouTube advertising revenue fell 2% to $7 billion, as the market expected a small uptick.

“It’s the first time that advertising revenue on YouTube has fallen since the company began publishing them separately in late 2019, primarily due to competition from online streaming and short-form video formats” on the apps mobiles like TikTok, she pointed out.

Philipp Schindler, Alphabet’s vice president and chief sales officer, admitted on a conference call that some advertisers, including financial services, had “pulled out” of the platform.

The world’s number one digital advertising company is suffering brand budget cuts plagued by inflation and rising interest rates. And its results suffer from the comparison with the year 2021, when the pandemic and health restrictions largely favored online activities.

The meteoric rise of TikTok has also undermined the domination of Google and Meta (Facebook, Instagram) in this market. In 2021, the entertainment app overtook Google as the world’s most popular website, according to Cloudflare, an internet service provider.

The major platforms have tried to copy TikTok’s formats (Instagram has the “Reels” and YouTube has the “Shorts”), but they are struggling to turn the investment into profits.

“We have had extraordinary periods of growth, but also moments which in my opinion serve to take the time to optimize the business, to ensure that we are ready for the next decade of growth”, philosophized Sundar Pichai, the boss of the Mountain View group. “We are in one of those moments. »

Alphabet has slowed recruitment after hiring relentlessly during the pandemic. The company had nearly 187,000 employees on September 30, or around 13,000 more than at the end of June.

But “we will continue to find new people for critical roles, especially engineers,” said Ruth Porat, the chief financial officer, while several of her Californian neighbors, from Netflix to Twitter via Snap, thanked employees this year.

A month ago, Google announced the closure of its Stadia online video game platform, three years after the launch with great fanfare of this service allowing players to play without a console or computer, via cloud computing.

At the same time, the company reaffirmed its ambitions in smartphones, with the launch of the Pixel 7. From July 2021 to June 2022, some 6.2 million devices from the brand were delivered, an increase of 129% year-on-year. , according to figures from Canalys.

And its remote computing business, Google Cloud, is doing well: it continued to grow, with quarterly revenue of $6.9 billion, up from $5 billion in the same period of the year. last.

But the global Pixel market share remains tiny, and Google Cloud comes in third place among cloud computing providers, far behind Amazon (AWS) and Azure (Microsoft), which took 55% of the cake in August, according to Canalys.

Alphabet’s core business remains finely targeted advertising on a very large scale, which is frowned upon by authorities and many consumers.

Google recently added a new tool to give Internet users more control over the content of ads that appear while browsing the Internet, hoping to reconcile with its users, at a time when ads are mixed seamlessly to original content on services like TikTok and Instagram.