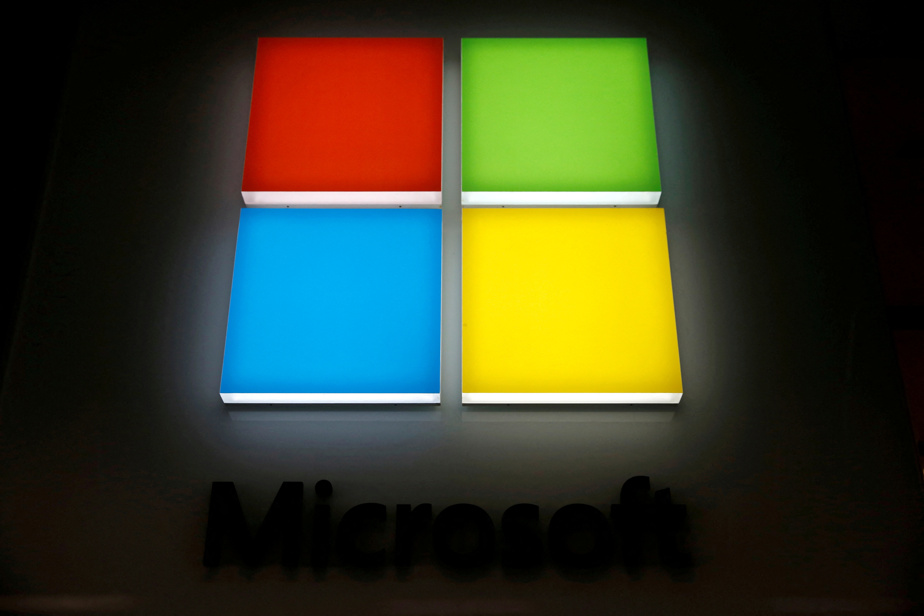 (New York) Microsoft once again saw its business driven by remote computing, between July and September, and reported continued strong demand despite the uncertain environment, even though software and video games marked the not.

The giant of Redmond (State of Washington), published Tuesday a turnover of 50.1 billion dollars for the first quarter of its staggered exercise, an increase of 11% over one year.

Microsoft was hit hard by the strong dollar, which hit all of its sales outside the United States.

The conversion into dollars of income generated abroad in other currencies depends, in fact, on the exchange rate, which has depreciated for almost all currencies against the greenback.

It thus cut $2.2 billion from the group’s overall turnover.

The dollar effect also deprived Microsoft of $1.3 billion in net profit, which was down 14% to $17.5 billion.

The adjusted profit is nevertheless higher than analysts’ expectations, as well as the turnover.

“In the face of increasingly strong headwinds, digital technology is the most buoyant of the currents,” said CEO Satya Nadella, quoted in the statement released on Tuesday.

The leader pointed out that revenues from cloud computing were up 24% year-on-year.

They now weigh more than half of the group’s turnover ($25.7 billion), most of whose activity was long concentrated around its Windows operating system.

As a sign of the times, the Windows OEM (Original Equipment Manufacturer) division, which includes Windows, is the one that has gone through the least well this quarter, with a turnover down 15%.

Another segment in difficulty, the XBox console and video games, which fell by 3%.

Even if they remained in growth, the Office software suites also decelerated, with an increase of only 7% over one year for the branch of direct sales to individuals.

“We continue to see strong demand in our business operations,” Amy Hood, chief financial officer, said in the statement.

Satya Nadella nevertheless warned that the group intended to “manage its costs in a disciplined way”, while “investing in growing activities”.

Microsoft confirmed last week that it had made job cuts, without confirming the number, which the Axios news site put at nearly 1,000.

In electronic trading after the closing of Wall Street, the group’s share lost nearly 2%.