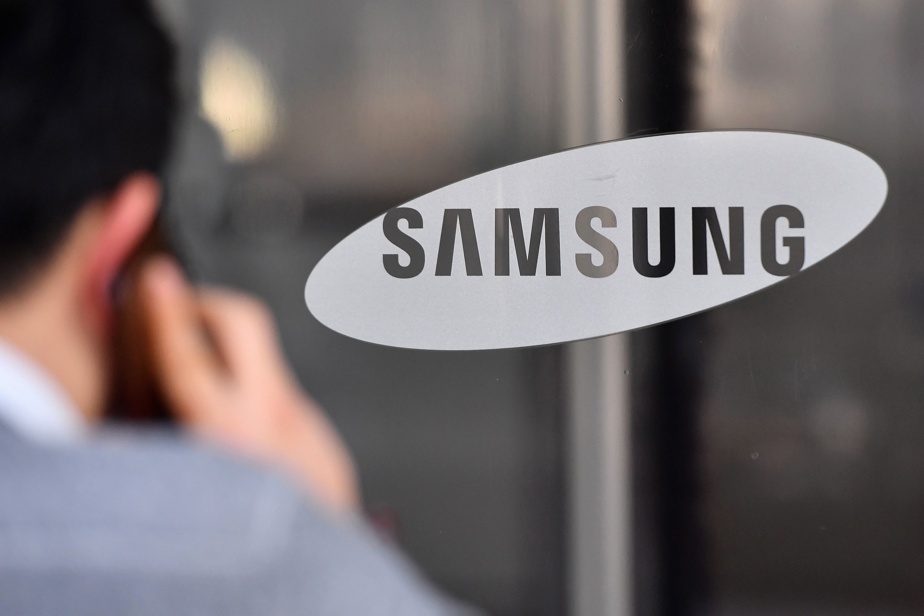 Profits from its crucial memory chip business also fell, the company said in a statement, adding that “demand for consumer products remained weak.”

Operating profit between July and September 2022 rose to 10 trillion won (C$9.6 billion) from 15.8 trillion (C$15.15 billion) in the same period last year, according to the company.

This is the first time in three years that the world leader in the production of smart phones has recorded a fall in profit.

The electronics giant, however, has seen an increase in sales. They rose 3.79% in the third quarter compared to the same period last year, reaching 76 trillion won (72.9 billion Cdn).

Samsung Electronics is the flagship of the Samsung Group, which is by far the largest of the family conglomerates – the “chaebols” – which dominate the 12e economy in the world.

The turnover of the group as a whole is equivalent to one-fifth of South Korea’s GDP, and it is therefore a key economic player for the country.

Until the second quarter of this year, Samsung, like other companies in the technology sector, largely benefited from the strong demand for electronic devices – as well as the chips that power them – during the COVID-19 pandemic. .

But the global economy now faces multiple challenges, including runaway inflation, rising interest rates and the threat of a full-scale debt crisis.

The situation has deteriorated with the war in Ukraine, which has led to soaring energy prices and rising food tariffs, but also due to China’s strict zero COVID-19 policy.

“In 2023, demand should recover,” qualified Samsung Electronics, stressing however that “macroeconomic uncertainties” will undoubtedly still be present.

Same trend for memory chips, according to the company, which is counting on a rebound in demand, in particular “with the resumption of data center installations”.

But Samsung will surely have to “focus on adjusting its supply rather than counting on a recovery in demand in the near future”, detailed to AFP Park Sung-soon, analyst at Cape Investment & Securities, who says he doesn’t expect a recovery in demand before the second half of 2023.

Despite these prospects, the company has done quite well, he argued. For example, it benefited from the strength of the US dollar against the Korean won, “resulting in a gain of approximately 1 trillion won in company-wide operating profit compared to the previous quarter”. .

Most of the world’s most successful electronic chips are made by two companies, Samsung and TSMC (Taiwan), both of which are running at full speed to fill a global shortage.

And sourcing microchips is now a global geopolitical issue, as US President Joe Biden’s visit to South Korea in May showed.

The latter had started his tour by visiting the huge Samsung chip factory in the city of Pyeongtaek.