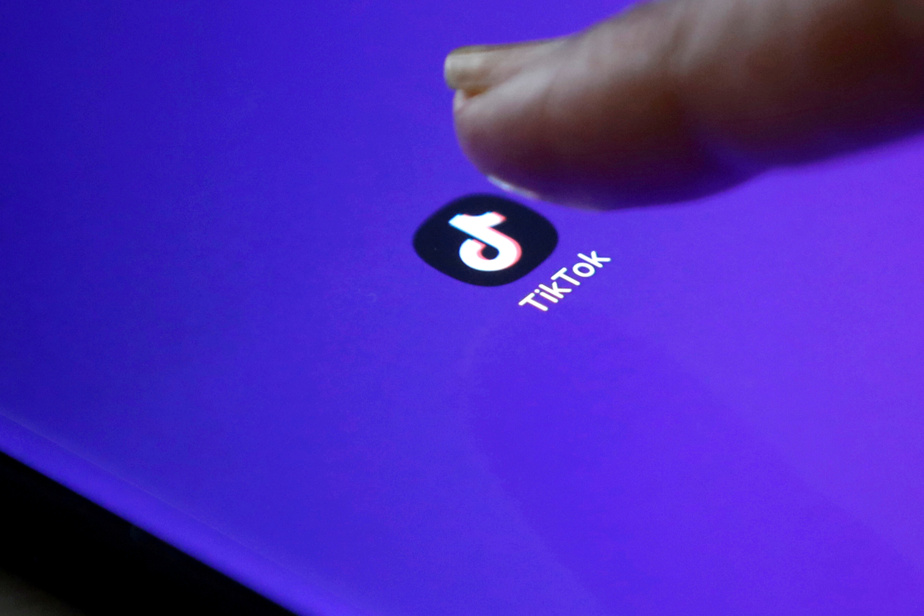 (New York) The American elected members of Congress are preparing to ban TikTok on the devices of civil servants because of a threat to national security, while many States have already taken the plunge: the social network is in a delicate position in the United States. States, where its very presence is in question.

After the Senate last week, the House of Representatives could adopt, as early as this week, a text prohibiting the downloading and use of TikTok on the professional equipment of employees of the American federal state.

Nearly twenty US states have already taken similar measures for their own employees.

“This is not a Democratic or Republican subject, it is a question of national security”, explains Ryan McDougle, local senator from Virginia, at the forefront of the file.

“The fundamental problem is the following: TikTok belongs to ByteDance (its parent company), which is itself subject to the effective control of the Chinese Communist Party” (CCP), explained, on Sunday on the CNN channel, Republican Mike Gallagher, elected to the House of Representatives.

And what has long been a red rag brandished by Republicans alone is increasingly clear consensus, to the point that the Speaker of the House of Representatives, Nancy Pelosi, said Friday in favor of the text being submitted to the vote this week.

Another bill, tabled last week by elected officials on both sides, calls for the outright banning of TikTok in the United States, which Donald Trump had tried unsuccessfully in 2020, at the end of his mandate.

TikTok took several steps to try to convince US authorities that the data of US users of the platform was protected, including storing it on servers located in the United States.

But he admitted that employees based in China had access to this data, even if it was done, according to him, within a strict and limited framework.

“The Chinese Communist Party did not ask us to share this data,” TikTok regularly claimed. “We have not passed the CCP any information relating to US users and we would not do so if asked to do so.”

The social network has been waiting for many months for the conclusions of a review by the Committee on Foreign Investments in the United States (CFIUS), a government agency that assesses the risks of any foreign investment for American national security.

The CFIUS is currently studying a “comprehensive solution”, with measures relating to governance, content moderation and data security, TikTok told AFP, which would “address the concerns” of the US government. .

Defining a protocol between the US government and TikTok “is going to be tricky”, nevertheless believes Michael Daniel, director general of the Cyber ​​Threat Alliance, a non-governmental organization dedicated to cybersecurity.

Without a new framework, US authorities could force ByteDance to sell TikTok, according to the Politico site.

While the subject was hitherto confined, for the most part, to the political sphere, it could now be extended.

“People have not realized the chain reaction that this will cause,” warns Karen Freberg, professor of strategic communication at the University of Louisville (Kentucky).

It mentions in particular “companies subcontracting to the government, such as Amazon”, which could be encouraged to act to align with the obligations made to the public sector.

TikTok’s partner, which stores the data of American users in the United States, is none other than Oracle, which is also a service provider to the American state.

Like all major social networks, TikTok derives most of its revenue from advertising. For Rebecca Long, of the digital marketing agency VisualFizz, the latest developments in the TikTok file are “worrying” for advertisers.

As for users, if the core target of TikTok, namely those under 25, is not very sensitive, on average, to echoes from the political world, the oldest “are very aware” of personal data collection issues. and ready to act accordingly, according to Rebecca Long.

On TikTok, many videos are already circulating on the subject. Influencer Natalaya Michele is already planning and recommends, in the event of a ban, to go through a VPN, a virtual private network, a tool that hides the user’s address and allows him to connect from another country. .

As for BryanBoy (Bryan Gray Yambao of his real name), fashionable “vlogger” with 4.1 million subscribers, he is more fatalistic: “If I were you, I think it would be time to acquire a new talent.