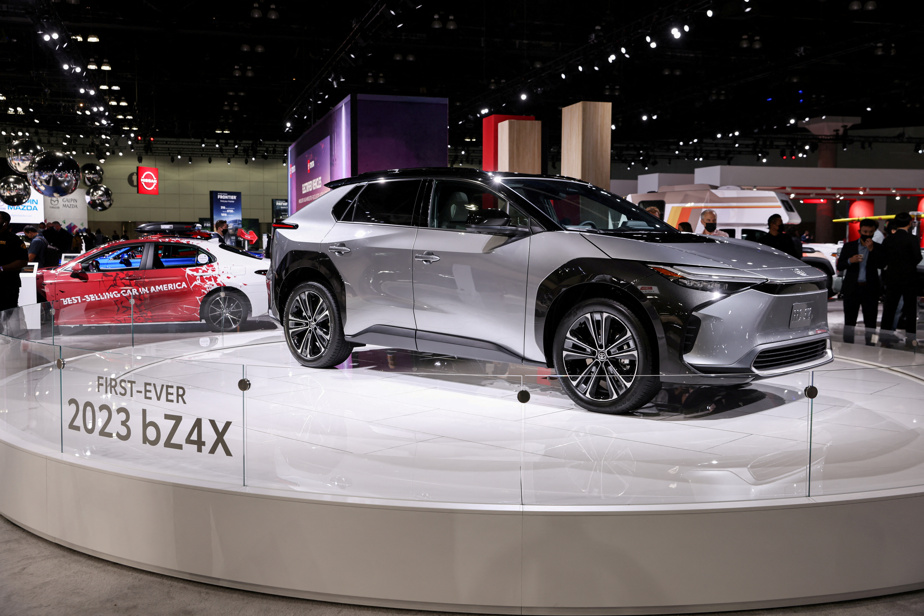 (Tokyo) Japanese car giant Toyota said on Thursday it would quickly resume production of its first all-electric mass-market model, whose commercial launch this year was hampered by an embarrassing recall campaign.

Toyota had to recall in June 2,700 units of its bZ4X electric SUV sold so far in the world because of a problem with the fixing of its wheels.

The group had also subsequently detected a problem with a curtain airbag due to an incorrectly adjusted strap.

The Japanese Ministry of Transport on Thursday approved Toyota’s file for resolving these problems.

The manufacturer will therefore be able to start sales of the bZ4X, starting with Japan from the end of October, said a spokesperson for the group.

The latter was not able to immediately provide the dates for the resumption of marketing in Europe and North America.

Manufactured exclusively in Japan for the moment, the bZ4X is a highly symbolic model for Toyota, as it is the inaugural vehicle of its first 100% electric range, announced last year.

Toyota plans to launch 15 electric models by 2025 and 30 in total by 2030. It hopes to sell 3.5 million electric vehicles per year worldwide by the same date.

The group currently sells around 10 million vehicles a year, almost exclusively with thermal or hybrid engines.

Toyota hesitated before embarking on a large scale on the all-electric market and continues to believe that this segment will not develop as quickly as many would like to believe, due to the very pace and strategies of energy transition in mobility. different depending on the region of the world.