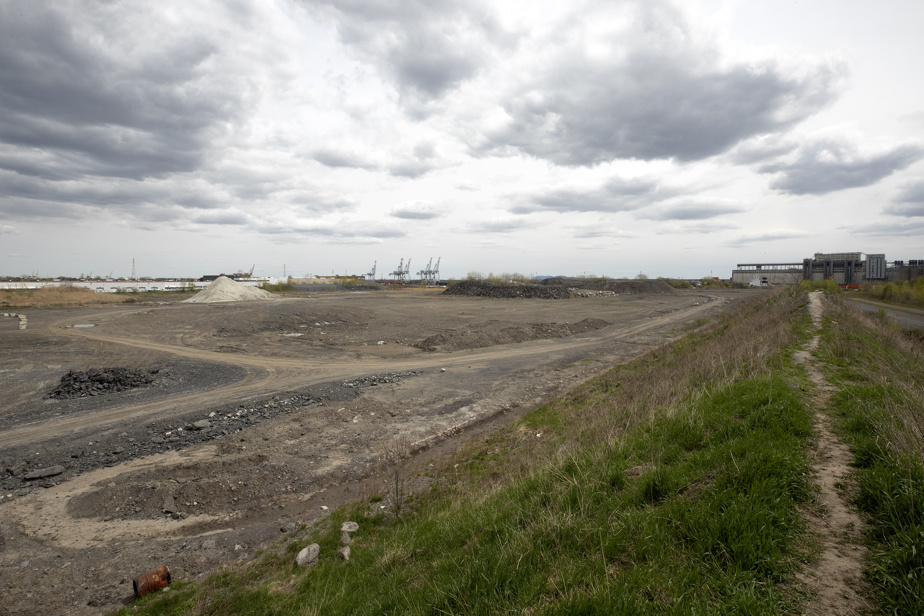 Work began Wednesday on the container terminal of Ray-Mont Logistiques, in Hochelaga, to the chagrin of citizens opposing it. The promoter says he had no choice but to proceed “in order to ensure the preservation of his rights”.

In a press release Wednesday, Ray-Mont Logistiques says the City recently informed it that it would no longer be possible to extend the municipal authorizations required to continue discussions on the future development of the land, “unless work and operations are starting shortly”.

“This situation therefore forces Ray-Mont Logistiques to begin certain works and operations on its site, as required by the applicable regulations. Despite everything, the company reiterates its desire to put in place the cohabitation measures identified and calls on the City to speed up the pace to get there, ”says the group of promoter Charles Raymond.

In November, a report by the working group recommended a series of actions to be taken on the ground to minimize the impacts on the neighbourhood, including the creation of a vegetated “buffer zone” between the train tracks and residences.

The proponent affirms that the extension of the authorizations was precisely to “allow these measures to materialize”, to give time to stakeholders such as Canadian National (CN), the Ministry of Transport (MTQ) and CDPQ Infra to agree on the implementation of these mitigation measures. “This reversal of the situation of the City of Montreal therefore takes us by surprise, especially since it puts the coherent and concerted development of the sector at risk”, maintains Charles Raymond.

Ray-Mont Logistiques first acquired the land of the former Canadian Steel foundry, between Hochelaga and Notre-Dame streets, in 2016. The company wants to build a vast direct bulk-to-container transhipment terminal there. In 2017, the borough initially refused to issue the permits. Two lawsuits followed, which Ray-Mont Logistiques won, forcing the authorities to issue these permits.

“It’s not over”, swears the City

The Plante administration was quick to react on Wednesday. “Work continues to minimize the nuisance that this project will cause,” said the advisor associated with the mayor, Alia Hassan-Cournol. It’s not over. We always have the opportunity to improve this project. »

Montreal confirms that the work had to begin “before April 3, 2022 so that the company does not lose its acquired rights”. “That’s what the company did this morning. I would like to reaffirm our firm desire to protect the sector’s green spaces. We are also very proactive in our discussions with the other levels, ”assures Ms.me Hassan Cournol.

At the Mobilization 6600 citizens’ group, spokesperson Anaïs Houde said she was “outraged” to note “that once again, the same scenario of opacity and lack of transparency on the part of Ray-Mont Logistiques is repeated “. “We learn by press release that work will begin today. It’s shocking. We don’t know what’s going on,” said the resident.

She denounces that the “posture of victim in which Ray-Mont Logistiques wallows is totally unacceptable”. “He bought this land more than five years ago. He could have shown initiative and proposed mitigation measures. However, he did nothing, and now he is complaining that the City refuses to extend his permit, ”she concludes.

In the ranks of the Opposition, the adviser Julien Hénault-Ratelle estimated Wednesday that the Plante administration “is not credible in this file”. “It asks the promoter to start the work even though the steps have not been completed with regard to the mitigation measures. By doing this, she adds confusion to the case for citizens and puts herself at risk in the face of the 300 million lawsuit that is underway, ”he lambasted.