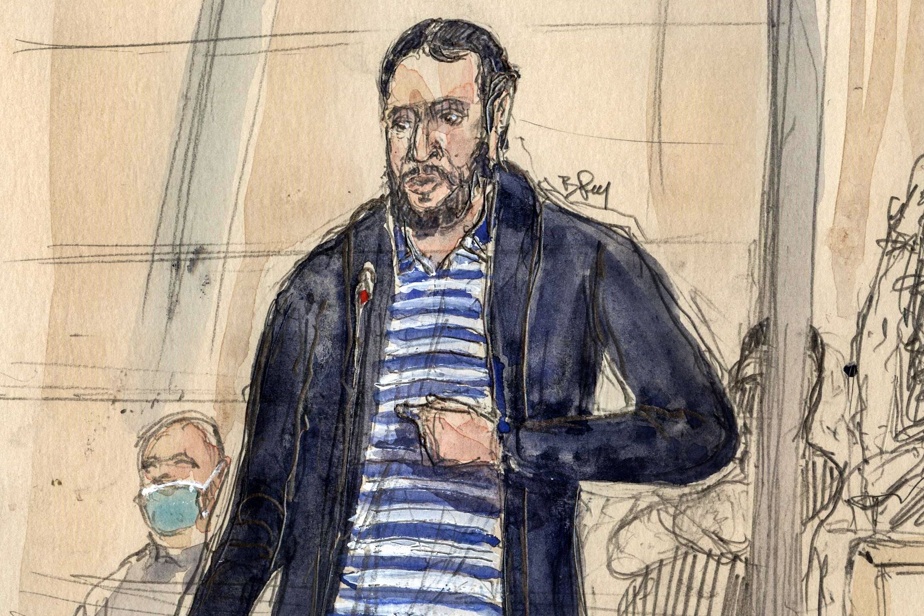 (Paris) “I’m going to go into this café, look at the people around…”. At the November 13 trial, Salah Abdeslam, for the first time, recounted his evening in detail on Wednesday, and maintained that he had “given up” on blowing himself up in Paris.

The suspense did not last long. It is 6:15 p.m. when the final interrogation of the only surviving member of the commandos begins.

Last time, Salah Abdeslam refused to answer questions, citing his right to remain silent. “It’s because I didn’t feel listened to,” he told the president of the special assize court in Paris, Jean-Louis Périès.

“I’m backtracking, I’m going to explain myself because this is the last time I will have the opportunity to do so,” announces the main defendant, provoking relieved exclamations in the courtroom.

He does not “promise anything”, but this time will say a lot about his “mission”, “the objective” which was set for him on November 13, 2015, the night of the attacks which will kill 130 people in Paris and Saint-Denis.

“I’m going to go to this cafe (in the 18and arrondissement of Paris), I will order a drink, I will look at the people around me and I said to myself “No, I will not do it”, relates Salah Abdeslam after a few minutes, blue and white striped polo shirt and dark vest on the back.

“I saw people laughing, dancing, I understand that I was not going to do it,” adds the 32-year-old Frenchman. After having “given up”, he “returned to the car” with which he had transported the three suicide bombers to the Stade de France. “I drive, I drive, I drive”, but the car “breaks down”.

“With an explosive belt, I’m burned,” continues Salah Abdeslam, very talkative in the box. “Two solutions are available to me: either I go back to Belgium, or I go all the way and I blow myself up”.

He says he wandered around Paris, called “everyone” to be picked up, but “it’s the total unexpected”, the “stunned”. He then takes a taxi to go south of the capital. He got rid of the belt in Montrouge and walked to Châtillon where he was picked up in the early morning of November 14 by two Belgian “buddies”, now his co-defendants.

Salah Abdeslam maintains that he only joined the plan for the attacks in Paris “at the last moment”, on November 11, 2015, and that he did not know the details, just that he should “be made explode”.

“It’s a shock for me”, “I had to go to Syria”, assures the main defendant, with a black beard collar. “I will end up accepting”.

“Did you know it was terraces, a concert hall? “relaunches the president. “No, no”, sweeps Salah Abdeslam.

The court recalls that he told several relatives that he had failed in his mission, because his belt had not worked.

“It was a lie that I couldn’t get rid of throughout my run. So I took it as a reality,” he says.

To the other members of the jihadist cell, he is “ashamed” to tell the truth. But “I gave up out of humanity, not out of fear,” Salah Abdeslam later assured.

He did “not dare to do it, that’s all”, had said before him his childhood friend Mohamed Abrini, who believes that the defective belt is “the Hollywood version” of the story.

A little before 8 p.m., President Périès turns to the court. “Maybe we’ll stop there for the evening…”

Big smile in Salah Abdeslam’s box: “With me, you don’t know what to expect. Sometimes I speak, sometimes I don’t speak…

The president will end up suspending the hearing one hour later. The interrogation of Salah Abdeslam will resume Thursday, in the second part of the afternoon.