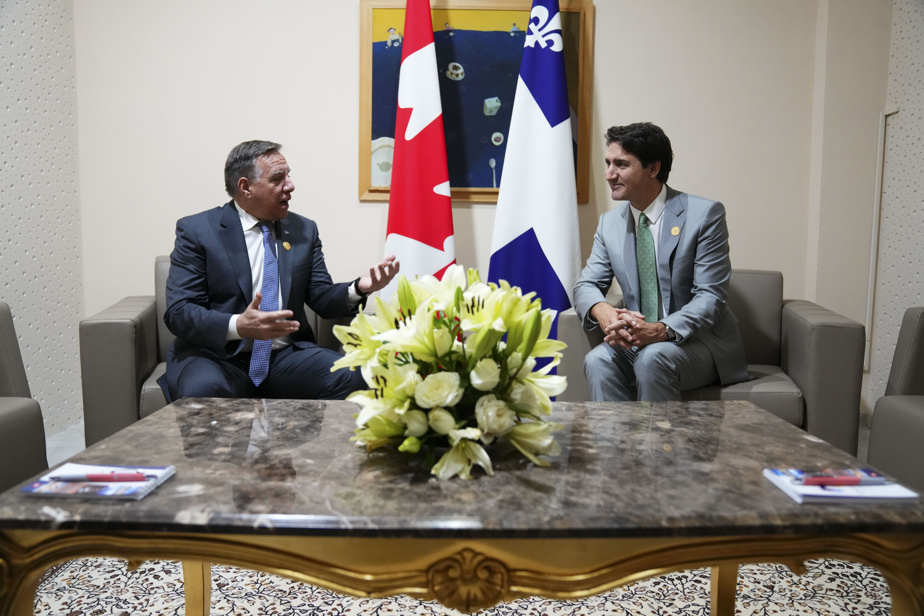 (Montreal) Prime Ministers Justin Trudeau and François Legault will finally meet next week, after their important meeting was canceled on Friday due to the snowstorm sweeping Quebec and Ontario.

MM. Trudeau and Legault were able to speak on the phone, however, and they have already discussed several subjects, it is said, including COP15 on biodiversity and immigration.

Immigration was likely an inescapable issue of their face-to-face meeting, given that the subject has been in the news a lot this week.

In an interview with The Canadian Press this week, Mr. Trudeau said that Quebec had the capacity to welcome up to 112,000 immigrants, a statement lambasted by the Legault government.

Mr. Trudeau had to clarify his remarks later, affirming that he had not wanted to propose figures for Quebec.

The subject of health transfers is also proving thorny.

Remember that Quebec, along with the other Canadian provinces, has been pleading for years for a substantial increase in federal health transfers.

The Trudeau government has said it would raise them on the condition that the provinces and territories collaborate on a national system for sharing health data. Mr. Legault is, however, awaiting a concrete offer from the federal government.

The two prime ministers met last month on the sidelines of the Francophonie Summit in Djerba, Tunisia.