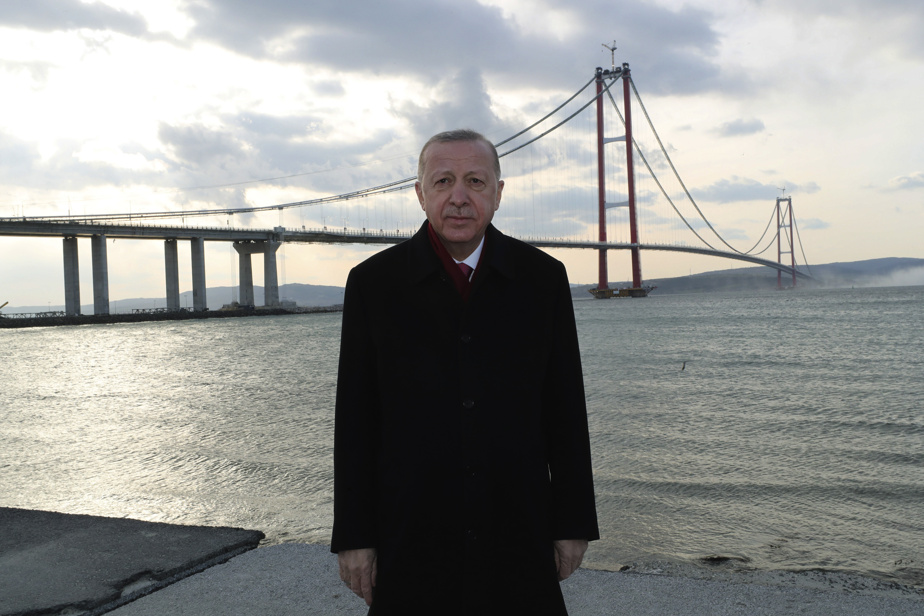 Le « pont de Canakkale 1915 », long de 4,6 kilomètres et d’une portée [distance entre les deux piles] of 2 kilometres, is the first to span this arm of the sea of ​​about sixty kilometers which connects the Aegean Sea to the Sea of ​​Marmara.

The work, at a total cost of 2.5 billion euros (3.5 billion Canadian dollars), comes on top of the three other Istanbul bridges forming the link between the two continents and will connect Eastern Thrace to Anatolia bypassing Istanbul.

Its inauguration comes on the anniversary of the naval victory of the Ottoman forces on March 18, 1915 against the allies in the Battle of the Dardanelles (also called the Battle of Gallipoli).

The fighting, which lasted until January 1916, resulted in the victory of the Ottoman Empire against British and French troops.

This bridge is “a way of keeping alive the memory of the martyrs of Canakkale”, President Recep Tayyip Erdogan said on Friday in his inauguration speech.

In addition to this bridge, the Turkish president has overseen since coming to power – first as prime minister from 2003 to 2014, then as president – the construction in Istanbul of a tunnel under the Bosphorus, a third bridge spanning it and a colossal airport.

Mr. Erdogan also launched in June the construction of the “Istanbul Canal” project, a gigantic 45-kilometer canal parallel to the Bosphorus Strait decried by the opposition and environmentalists.