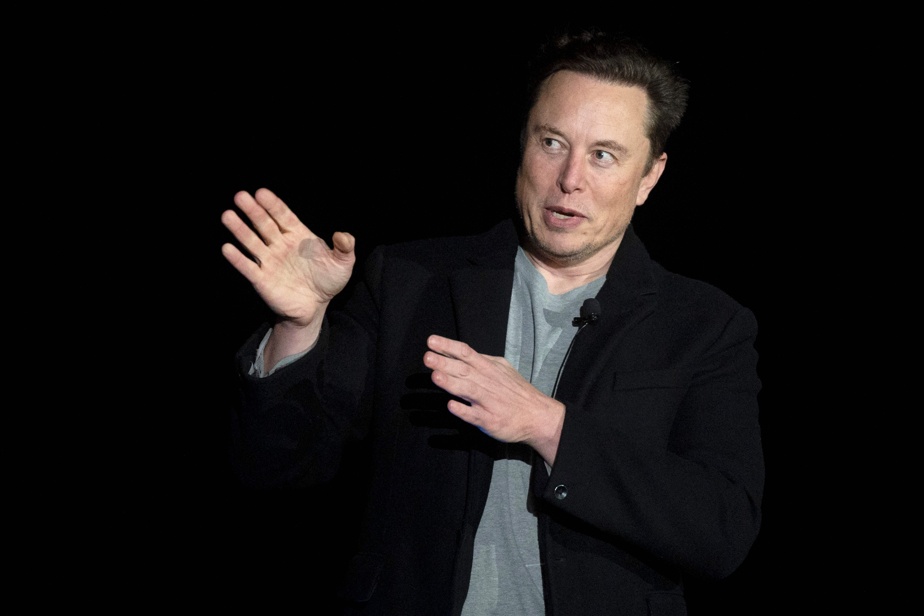 (San Francisco) Self-proclaimed defender of freedom of expression, the controversial billionaire Elon Musk, new owner of Twitter, provoked an outcry on Friday and is threatened with sanctions by the European Union for having suspended the accounts of several American journalists.

Describing this decision as “worrying”, the Vice-President of the European Commission Vera Jourova recalled that there are “red lines” not to be crossed, threatening Elon Musk in a tweet “of sanctions, soon”.

“Freedom of the press must not be turned on and off at will,” the German Foreign Ministry denounced in a tweet on Friday, adding that “for this reason we have a problem with Twitter”.

For its part, Reporters Without Borders (RSF) called for the accounts of the journalists concerned to be restored, considering that “the arbitrariness of the major platforms” represented a “major danger for democracy”, and called for “regaining control before […] let it not be too late”.

A dozen American journalists have been suspended from the social network. Among them, media workers like CNN (Donie O’Sullivan), the New York Times (Ryan Mac), the washington post (Drew Harwell) and independent journalists.

Some had tweeted about Twitter’s decision on Wednesday to suspend the account that automatically reported Elon Musk’s private jet rides.

The latter accused them of endangering his safety and that of his family. He claimed in a tweet on Wednesday that a vehicle with one of his children on board was tracked in Los Angeles by “a crazed stalker”, appearing to create a causal link to the real-time positioning of his jet.

“Everyone will be treated the same,” he said in an audio conversation organized live on Twitter on Friday, indicating that there would be no privileges for journalists. Relaunched on the subject, Mr. Musk left the discussion. He then deactivated the Twitter Spaces audio chat service, citing a “technical problem”.

In a tweet posted overnight from Thursday to Friday, Mr. Musk announced a temporary suspension of 7 days for “accounts involved in doxing”.

The term “doxing” means publicly disclosing personal information about an individual on the Internet without their consent.

“They published my exact geographic location in real time, that is to say literally the coordinates allowing an assassination, in direct violation [et évidente] of the Twitter Terms of Service,” Musk also assured.

“The impulsive and unjustified suspension of a number of reporters like the one [du journaliste] from CNN Donie O’Sullivan is disturbing but not surprising,” CNN responded in a statement.

“Twitter’s growing instability and volatility is of particular concern to anyone using the platform. We have asked Twitter for an explanation, and we will re-evaluate our relationship based on that response,” CNN added.

“We hope that the accounts of all these journalists will be restored and that Twitter will provide a satisfactory explanation,” said a spokesperson for the company. New York TimesCharlie Stadtlander.

After the tracked vehicle incident involving his son, Mr Musk announced in this tweet that he was going to take legal action against the person behind the now-suspended @ElonJet account.

Created by a student and followed by around 500,000 people, @ElonJet used public data to automatically indicate when and where the SpaceX and Tesla boss’s device took off and landed.

Twitter subsequently communicated to announce that its policy now prohibited most tweets that showed someone’s location in real time.

When he arrived at the head of Twitter, Elon Musk had promised not to touch the @ElonJet account.