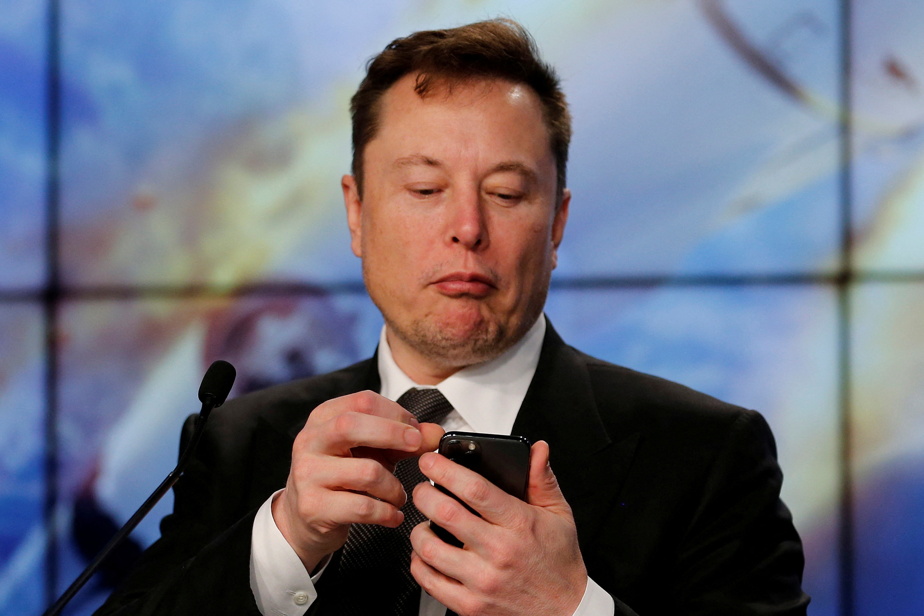 (New York, Paris) Could Elon Musk ultimately not buy Twitter? Doubts seem to be emerging on Wall Street as Tesla’s and the social network’s shares lost ground on Thursday, and the whimsical businessman stepped up provocations against the platform and its executives.

“Everything we’ve seen over the past month has happened so quickly, and so unexpectedly, that people are bracing themselves for the possibility that the deal won’t happen,” said Scott Kessler, analyst at Third Bridge, for AFP.

On Monday, Twitter accepted a takeover bid by Elon Musk for $44 billion, or $54.20 per share. The stock approached that amount on Monday afternoon, but has since fallen. It remained under $50 Thursday at 3 p.m.

“The cost of breaking the deal is only $1 billion,” said Scott Galloway, a marketing professor at New York University. “Elon Musk did not buy Twitter, but a buyout option at 44 billion […]. I don’t think he’s going to enable that option.”

The richest man in the world said he had secured $46.5 billion: $21 billion from his personal fortune and two bank loans from Morgan Stanley.

But “there are still a lot of uncertainties around the operation,” added Scott Kessler, evoking in a hint the latest escapades of the multi-billionaire.

Since Monday, he has published many messages for the attention of his 88 million subscribers: great statements on the defense of freedom of expression – his stated objective – ideas for improving the platform, jokes ( “I will then buy Coca-Cola and put the cocaine back in”), but also criticism and mockery targeting current senior Twitter officials.

In particular, he supported a derogatory tweet towards Vijaya Gadde, the lawyer considered to be the moral authority of the social network, and then published a meme (parody image) to make fun of the content moderation policy and the person in charge. .

However, the takeover agreement signed by Elon Musk expressly authorizes him to tweet about the operation, but with this restriction: “provided that the tweets in question do not denigrate the company or its representatives”.

Another concern for the market: the action of Tesla, the flagship of the ambitious boss, has lost more than 13% since Friday.

This fall is caused in particular by the possibility that Elon Musk will sell shares to finance his new project.

“A significant portion of Musk’s Tesla shares are going to be reserved/used as collateral for the transaction,” Wedbush analyst Dan Ives explained in a note, “which is not ideal for Tesla investors.”

They are also worried that the boss of SpaceX, Neuralink and other companies, “distracted” by his new adventure, takes care less of the automotive group, noted the expert.

By financing a large part of the acquisition with bank loans, Elon Musk will also increase the level of indebtedness of Twitter, a company that does not shine with its profitability.

Thursday, it published a turnover of 1.20 billion dollars, a little below expectations for the first quarter. Its net profit was $513 million.

The tweeting network, on the other hand, saw its number of active users climb to 229 million (6.5% more than at the end of the year), better than the 226 million anticipated.

This could be one of the last results publications for the group, because Elon Musk intends to withdraw the platform from the New York Stock Exchange if he achieves his ends.

The California-based company said in its press release that it expects the transaction to be finalized by the end of 2022, if it meets regulatory conditions and is approved by shareholders.

“We believe that the results as well as the current difficulties faced by the advertising industry support the board’s decision to accept Mr. Musk’s offer, as we see little reason to believe that Twitter could generate more value for its shareholders by remaining on the stock market,” commented Angelo Zino of CFRA.

But Elon Musk also said that by buying the “public square”, he was “not looking to make money”.