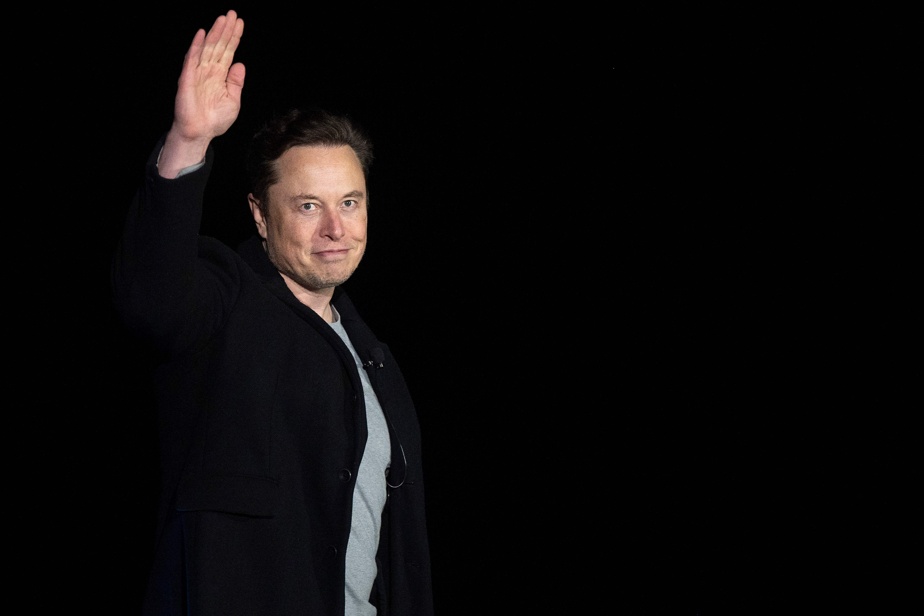 (San Francisco) By finally renouncing to join the board of directors of Twitter, Elon Musk retains the possibility of investing even more in the platform, as well as the freedom to ram and criticize it.

The boss of Tesla was to join the CA of Twitter after becoming its largest shareholder last week, thanks to a 9.2% stake in the capital. In this case, he would have had to agree not to exceed 15%.

“The Cinderella fairy tale of Musk coming to help Twitter move forward, by participating on the Board of Directors and staying below 14.9%, turns into a possible ‘Game of Thrones’ battle between Musk and Twitter,” reacted Wedbush’s Dan Ives.

A document filed Monday with the American stock market policeman specifies that Elon Musk will be able to buy or sell other so-called “ordinary” shares, and that he will be able to discuss with the Board, “without limitations” on various subjects, from Twitter business to its strategy.

The voluble shareholder, followed by more than 80 million people on Twitter, also retains the right “to express his opinions” on the platform, including “via social networks”.

Dan Ives believes that Elon Musk could now team up with an investment fund to force Twitter to implement his ideas, or even be sold to another group.

But it is just as possible that the whimsical businessman decides on the contrary that the game is over, and refocuses on his many companies, such as Tesla (electric cars), SpaceX (spaceflight) or Neuralink (brain implants), has added the expert.

Elon Musk bought back some 73.5 million shares of the California company, and it quickly became clear that this was not a passive investment.

The richest man in the world multiplied provocations and polls last week on changes he is considering for Twitter.

“Everyone seems to think Musk wants a bigger chunk of the business than the board would allow,” noted Creative Strategies analyst Carolina Milanesi.

“He would never have respected the rules, it does not suit him,” she added.

Several controversial tweets posted this weekend by Elon Musk have disappeared, including two polls: “Remove the w in twitter? (with, as a choice of answers, “yes” or “of course”) and “Convert the headquarters of Twitter in San Francisco into a shelter for the homeless since nobody goes there anyway”.

His suggestions for changes to the paid subscription plan for the social network, Twitter Blue, have also been deleted from his profile.

At the time of the announcement of Elon Musk’s arrival on the board, Twitter general manager Parag Agrawal described him as “a passionate and intense critic of the network, which is exactly what we need”.

The entrepreneur has repeatedly criticized the platform about freedom of expression, believing that it went too far in moderating content.

On Saturday, he wondered if the social network was “dying”, mentioning accounts that were very followed, but not very active.

And last week, he conducted a poll to ask if users wanted an “edit” button, to correct a tweet after posting. The overwhelming majority of the 4.4 million voters answered “yes”, while specifying “not having had this idea thanks to a survey”.

“He pulls a lot of ideas out of his hat,” but just because he has a huge following doesn’t mean he knows how to help Twitter make more money, comments Carolina Milanesi.

For Avi Greengart of Techsponential, Elon Musk may see Twitter as a good investment, because the network “has room in terms of revenue growth through subscriptions and advertising”.

“Or he is doing all this just for fun,” added the analyst.

Last Tuesday, the business executive said he “looks forward to working with Parag and Twitter’s board to implement meaningful improvements. […] In the coming months ! “.

But on Sunday night, when Parag Agrawal announced that he wouldn’t be joining the board after all, Elon Musk simply tweeted a laughing emoji.