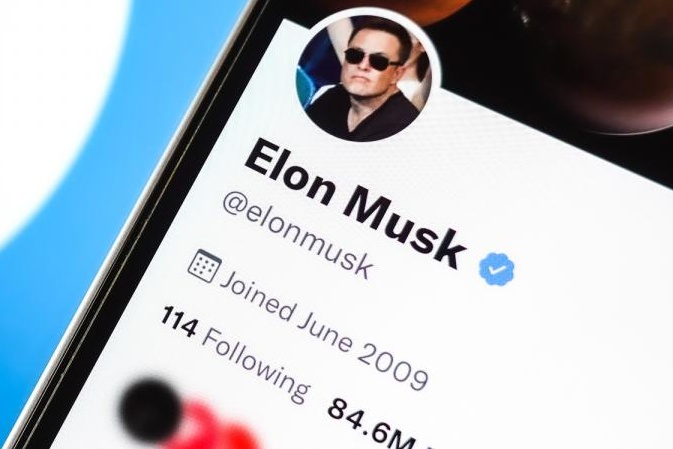 (New York) Twitter on Saturday launched an $8 monthly subscription service that would include a small blue check mark to indicate that the account is that of a trusted person or entity.

The company’s new owner, Elon Musk, made the announcement on Tuesday.

In an update to the Twitter app on Apple iOS, the company tells customers they can get the little blue hook “just like the personalities, businesses and politicians” they follow.

The service will be available in English-speaking countries like the United States, Canada, Australia, New Zealand and the United Kingdom. Probably because it will not yet be in France, Twitter’s French page on Apple’s App Store was content to mention on Saturday: “We have made improvements and corrected bugs to make your Twitter experience even better.

The change marks the end of Twitter’s current verification system, which was launched in 2009 to prevent bad guys from hacking into high-profile accounts, like a celebrity’s. To date, Twitter has approximately 423,000 verified accounts, many of which belong to journalists from all over the world.

Experts have raised concerns about the new verification system. The one that existed wasn’t perfect, but it did help the company’s 238 million subscribers determine whether the account a piece of information came from was genuine or not. The update available for iOS devices does not mention whether the verification is part of the “blue hook”.

The launch comes the day after a massive layoff at Twitter. About half of the 7,500 employees have been laid off, according to Yoel Roth, head of security and integrity.

A Twitter co-founder, Jack Dorsey, accepted responsibility for all of the layoffs on Saturday. He served as the company’s chief executive twice, most recently for a period spanning 2015 to 2021.

“It’s my fault for this situation. I grew the business too quickly. I’m sorry about that,” he tweeted.

The United Nations High Commissioner for Human Rights Volker Türk on Saturday urged the new owner of Twitter Elon Musk to ensure that these rights are respected on the social network.

“I urge you to ensure that human rights are central to the management of Twitter under your leadership,” Mr. Türk wrote in an open letter, where he said his “apprehension about our public place digital and Twitter’s role in it”.

“Respect for our shared human rights should act as safeguards for the use and evolution of the platform” and “like all businesses, Twitter needs to understand the harms associated with its platform and take steps to fix it,” he added.

In this sense, the information that Elon Musk has fired the entire Twitter team that was dedicated to human rights is “not, from my point of view, an encouraging start”, regretted Mr. Türk.

The High Commissioner for Human Rights, who rightly posted his open letter on Twitter, where he has some 25,000 followers, set out six fundamental principles, including freedom of expression, protection of privacy and guarantee of transparency.

Elon Musk, the world’s richest man, took control of Twitter on October 28, after buying the social network from the bluebird for $44 billion. He immediately dissolved the board of directors, fired the leaders, before dismissing about half of the 7,500 employees.