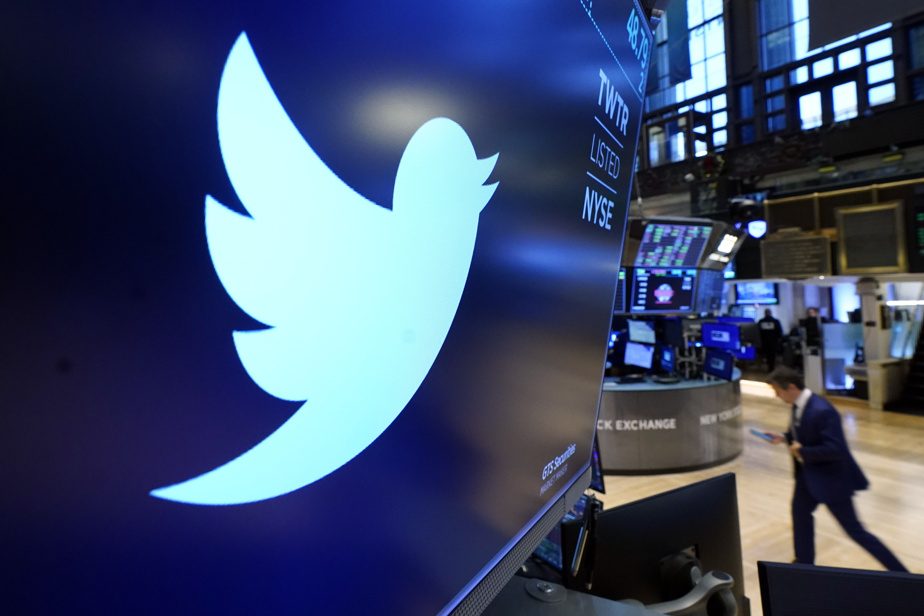 (New York) Twitter shares tumbled 11.3% on Wall Street on Monday as Elon Musk openly mocked the social network after dropping plans to buy the platform for $44 billion. , a decision paving the way for a legal battle.

The title of the company ended at 32.65 dollars on the New York Stock Exchange, 40% less than what the multi-billionaire had offered when he announced his intention to get his hands on Twitter in mid-April.

The board of directors of the social network, which initially had no plans to sell at all, accepted his offer a few days later. But after several months of twists and turns, Mr. Musk let it be known in a letter to Twitter on Friday that he was terminating this agreement, considering that the company had not respected its commitments by not communicating the share of fake accounts and of spam.

Twitter claims that the number of inauthentic accounts on its platform is less than 5%, a figure disputed by the multi-billionaire who considers it much higher.

The social network claims that the number of inauthentic accounts is less than 5%, a figure disputed by the multi-billionaire who considers it much higher.

To justify his renunciation, Mr. Musk also invokes several recent decisions by Twitter such as the recruitment freeze, contrary to his obligation for the company to continue to operate normally.

The reasons given by the entrepreneur do not legally justify a breach of contract, however, several specialists argue.

The two sides are now engaged in a legal tussle, which could cost Mr. Musk a few billion dollars if he loses.

According to several American media, Twitter has joined the services of the New York law firm Wachtell, Lipton, Rosen & Katz. This same firm had represented the Californian group just after Mr. Musk’s offer in April, when the board of directors had initially chosen to resist the project before submitting to it.

For his part, Mr. Musk shared his first reaction on Twitter on Monday since the announcement of his withdrawal by posting an image containing several photos where he appears hilarious.

Soon after, he posted a picture of actor Chuck Norris winning at chess, simply with the phrase “Chuckmate”, a pun on “checkmate” and the actor’s name.

Wedbush Securities’ Dan Ives said, “This is an ‘extremely dangerous’ situation for Twitter and its board as the company takes on Musk in a serious legal battle. Game Of Thrones to salvage the deal or recoup at least the billion dollar severance payouts. »

“We do not see any other bidder standing out at the moment as the legal proceedings are about to begin in court,” adds the analyst.

Ali Mogharabi, analyst for Morningstar, however, believes that at the level where the action is currently evolving, “other parties could be interested in Twitter”. There is always the scenario where Elon Musk ends up buying the site, but at a renegotiated lower price, he adds in a note.

Without advancing on the result of the legal battle, analysts from the rating agency S&P Global Ratings note that in any case, this “increases the uncertainty and the risks for the reputation” of the platform.

The slowdown in economic growth was expected to “significantly affect Twitter’s advertising revenue” which constitutes about 90% of its turnover, they also argue.

They plan to lower Twitter’s rating by one or more notches if the transaction is confirmed at the original price or if it is canceled. On the other hand, they could decide to leave it at its current level if the two parties reach an agreement and that the reputation of the social network, both with its users and advertisers, is not too damaged.