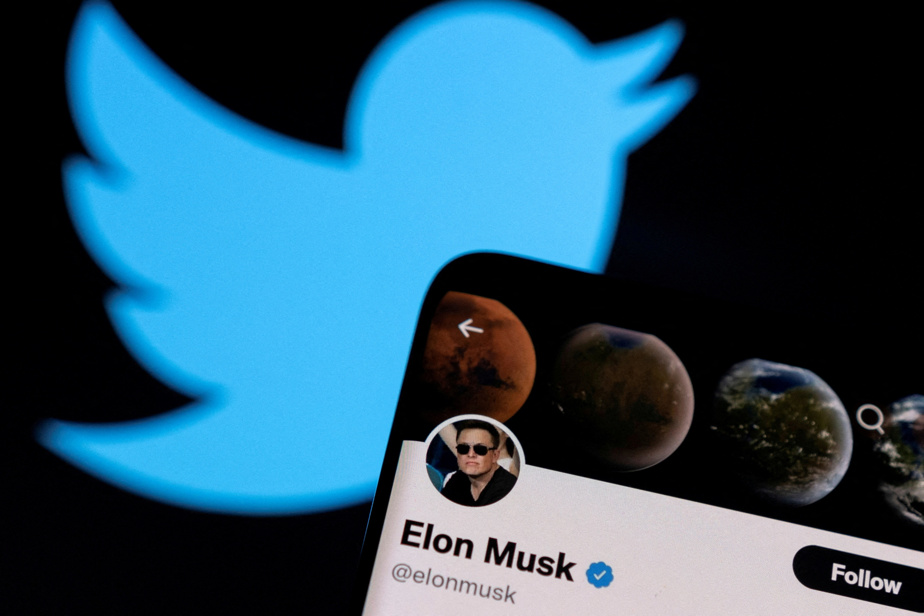 (San Francisco) Tensions and anxiety reign in the exchanges between Elon Musk, the new owner of Twitter, and many users anxious to understand how he intends to give substance to his vision of freedom of expression on the influential platform.

On Wednesday, the multi-billionaire assured that the accounts that had been suspended from the social network would not be restored before “a few weeks”, the time to put in place a “clear process”.

He thus ruled out the hypothesis that Donald Trump would return to Twitter a few days before crucial elections in the United States.

The former US president was ousted from the platform shortly after the Capitol stormed in January 2021, accused of calling his supporters to violence.

He has since claimed he would never return to Twitter after launching his own network, Truth Social, to the Confidential Hearing. But many believe that he will be tempted to find his tens of millions of subscribers on the platform which was at the heart of his political communication.

However, Elon Musk had estimated in May that this banishment constituted “a morally bad and insane decision in the extreme”.

The libertarian entrepreneur defends an absolutist vision of freedom of expression.

But since Thursday, he has been blowing hot and cold around the implementation, promising some that the network will not become unlivable, and others to put an end to “censorship”.

Elon Musk wants to form a content moderation council. He also claimed to have spoken with several minority rights NGOs about “how Twitter will continue to fight hate and harassment”.

“It sends mixed signals,” says Suzanne Nossel, director of Pen America, an association for the defense of freedom of expression. “He is realizing that (the task) is more difficult than it seems at first sight”.

A collective of nearly 50 associations for the defense of democracy or the fight against disinformation has urged the biggest advertisers on Twitter (including Coca-Cola, Google and Disney) to threaten Elon Musk to stop all advertising on the network if ever he “liquidated” content moderation.

General Motors has already announced that it will temporarily suspend its spending on the platform.

On Wednesday, Elon Musk asked in a poll of his 113 million subscribers whether advertisers should “support free speech” or “political correctness.”

Several associations for the defense of minorities, fearing a resurgence of abuse (harassment, racism, disinformation), call for their part to better police the application.

“Hate speech under the guise of ‘free speech’ is unacceptable,” tweeted African-American singer Toni Braxton, announcing that she was leaving the platform. “Twitter is no longer a safe place for me, my sons and other minority people.”

For some ultra-conservatives, on the contrary, liberalization is not going fast enough. Columnist Benny Johnson asks Elon Musk to fire Twitter executives who “censored” certain topics to “restore public confidence”.

“Being attacked by both the left and the right is a good sign,” joked the whimsical leader.

“He is convinced that the speeches of the Conservatives are censored on Twitter, whereas studies prove that this is not the case”, remarks Suzanne Nossel.

She hopes he will reconsider this false assumption and understand “why we value freedom of expression”, such as the ability to dialogue, to persuade and to bring out interesting ideas.

“When a public square is drowned in misinformation, when you can no longer distinguish between right and wrong and when people are detached because they cannot find valid information … then the benefits of freedom of expression are disappearing,” she elaborates.

In principle, Elon Musk seems in agreement with this approach.

“Our goal is to make Twitter the most trusted source of information on Earth, regardless of political affiliation,” he said Wednesday, praising the merits of “Birdwatch”, a Twitter program that allows to back up disputed messages from the context written by independent contributors.

The White House thus withdrew a tweet on Wednesday that praised the rise in pensions thanks to Joe Biden, while the background note recalled the role played by a 1972 law on pensions.

But on Sunday, Elon Musk relayed a conspiracy theory about the assault on the husband of Nancy Pelosi, the leader of the Democrats in Congress. He himself deleted his tweet afterwards.