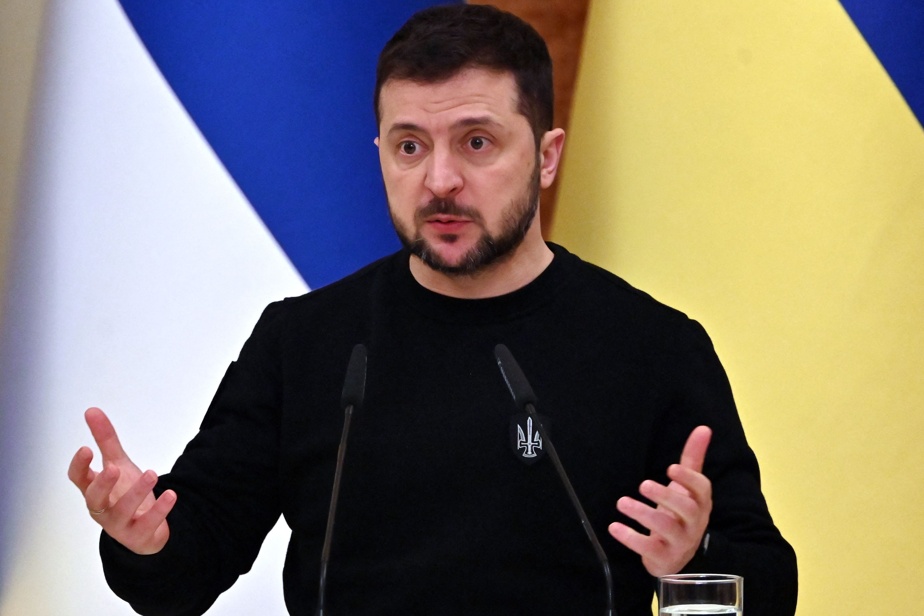 (Kyiv) A series of senior Ukrainian officials were dismissed from their posts on Tuesday in the wake of a corruption scandal over army supplies, the first scandal of this magnitude since the start of the Russian invasion.

A total of five regional governors, four deputy ministers and two heads of a government agency will leave their posts, in addition to the deputy head of the presidential administration and the deputy attorney general.

“It’s right, it’s necessary for our protection and it helps our rapprochement with the European institutions,” he insisted in his daily address. “All the internal problems that prevent the state from strengthening itself are being resolved and will be even more so” in the future, he stressed.

He had announced on Monday evening “personnel decisions” concerning “executives of different levels in ministries and other central government structures, in the regions and in the law enforcement system”.

The United States on Tuesday hailed these “quick” and “essential” decisions, through State Department spokesman Ned Price, who added that to his knowledge no American aid had been diverted in the framework of these cases, and promised “rigorous oversight” of the use of these billions of dollars.

This wave of departures comes at a time when Kyiv is asking its Western allies, whose military and financial support is crucial, for hundreds of modern tanks and other armaments for a new offensive on the front.

At the origin of the reshuffle, a scandal relating to a contract signed by the Ministry of Defense at an allegedly overvalued price and relating to food products intended for its soldiers.

According to a survey by the ZN news site. UA, this contract of 13 billion hryvnias (about 324 million euros) was signed with prices “two to three higher” than the current tariffs in force for basic food products.

As a result, Deputy Defense Minister Viatcheslav Shapovalov, responsible for the logistical support of the armed forces, was dismissed from his post on Tuesday.

However, on Monday, Minister Oleksiï Reznikov had assured that the scandal was part of an “artificial informational attack” based on a “false pretext”.

If no link has been established between the other officials on departure and this scandal, some have been accused in recent months of other offenses or missteps.

Deputy head of the presidential administration Kyrylo Tymoshenko, one of the few aides to the president present since his election in 2019, including overseeing reconstruction projects, was charged in October with using a donated all-terrain vehicle to Ukraine by the American group General Motors.

After these revelations, he assured to have transmitted the vehicle to the needs of the front.

Deputy Prosecutor General Oleksiï Simonenko has been accused of having recently gone on vacation to Spain while travel abroad, except for professional purposes, is prohibited for men of fighting age.

Mr Reznitchenko was accused by several media outlets in November of awarding road repair contracts worth tens of millions of euros to a group co-founded by his girlfriend working as a fitness coach.

According to press reports, his name and that of his colleagues from the regions of Sumy, Kherson and Zaporizhia appear in judicial investigations.

Mr Kouleba could, according to the press, join the presidential administration.

Finally, Anatolyi Ivankevitch and Viktor Vyshniov, both deputy heads of the Ukrainian maritime and river transport service, were also removed from their posts.

Other dismissals had preceded Tuesday’s departures in Ukraine, a country ranked 122e place out of 180 on the NGO Transparency International’s corruption perception index in 2021.

On Sunday, Deputy Infrastructure Minister Vassyl Lozinsky was arrested, accused of receiving a $400,000 bribe to “facilitate” the purchase of generators at inflated prices, as the country faces extensive power cuts following massive Russian bombardment of its energy infrastructure.

Pavlo Galimon, the deputy leader of the presidential party “Servant of the People”, was sacked on Monday, amid accusations of corruption linked to the purchase of a property in Kyiv for an amount greater than his declared income.

The EU has made anti-corruption measures a key reform that Ukraine must implement if it wishes to gain candidate status for membership in the European bloc.

According to the Ukrainian think tank Center for Economic Strategy, the total amount of Western aid (financial, military, etc.) to Ukraine could reach a total of 100 billion dollars in 2023, including more than 40 billion for its armed forces alone. .