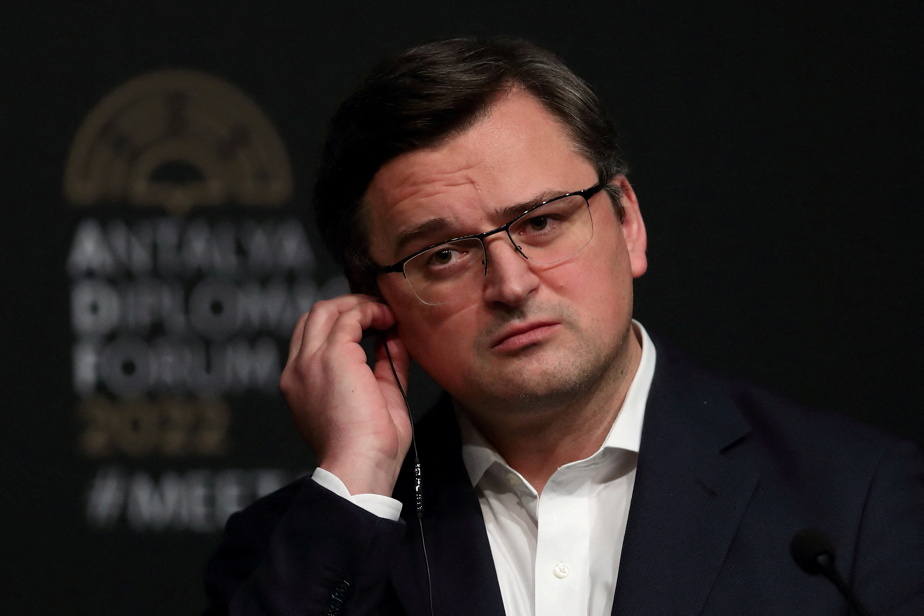 (Istanbul) Ukrainian Foreign Minister Dmytro Kouleba called on Thursday for Turkey to be “one of the guarantors” of a possible agreement with Russia, announced his counterpart Mevlut Cavusoglu, visiting Lviv in the west of Ukraine.

“Ukraine has made an offer on the collective security agreement: P5 (the five permanent members of the Security Council, editor’s note), plus Turkey and Germany,” said Mr. Cavusoglu during a joint press conference with the Ukrainian minister.

“Turkey is one of the countries that we would like as a guarantor,” said Kouleba, whose words, translated, were reported by the official Turkish Anadolu agency.

“During my contacts in Moscow yesterday, I saw that the Russian Federation saw no objection to it and that it could accept such an offer”, specified the Turkish minister who met Wednesday in Moscow the head of the Russian diplomacy Sergei Lavrov.

Mr. Cavusoglu, who spoke to the press after these two diplomatic meetings, considered that “hopes for a ceasefire have increased”.

In addition, Turkish President Recep Tayyip Erdogan spoke by telephone on Thursday with Russian President Vladimir Putin, to whom he reiterated his offer to host a meeting with Ukrainian President Volodymyr Zelensky “in Ankara or Istanbul”.

For Mr. Cavusoglu, however, it is “difficult to predict a date” for this meeting.

“Both leaders have to be ready for it. You have to prepare the ground. The date will be set by them,” he added.

Mr. Erdogan insisted “on the need to open the humanitarian corridors” to allow civilians to leave the combat zones, reported the Turkish presidency in a press release.

The Turkish president has proposed that Turkey send observers for a ceasefire in Mariupol, a city besieged by Russian forces in southeastern Ukraine.

Mr. Cavusoglu said Thursday that “more than a hundred Turks” were still in this city.

“The clashes continue and thousands of civilians have not been able to leave the city,” continued the minister.

“We have proposed that international observers, such as the Red Cross, OCHA (the United Nations Office for Humanitarian Affairs), the Turkish Red Crescent, observe the observance of a 24-hour ceasefire and the corridors” humanitarian, he explained.