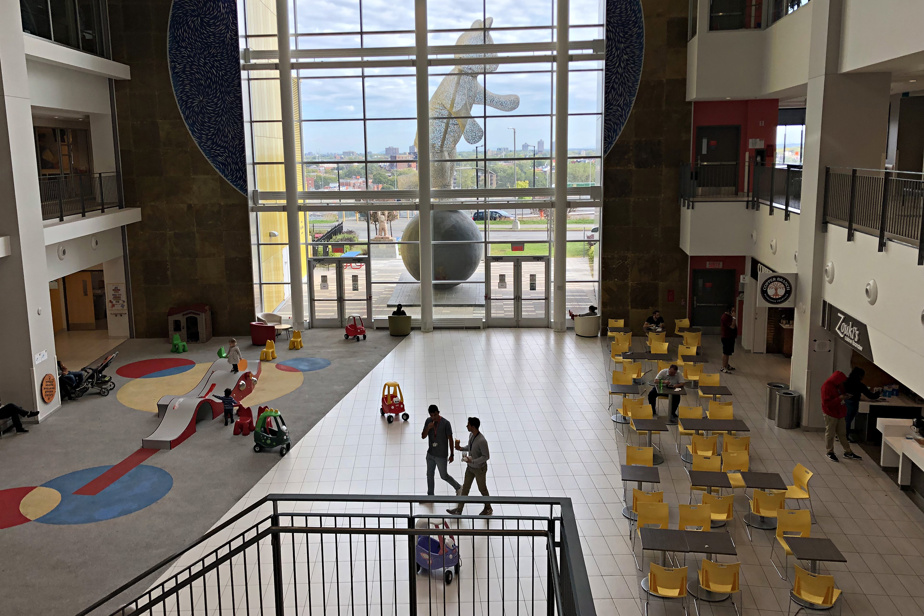 The Montreal Children’s Hospital will soon be welcoming little Ukrainian patients who have fled the war and who are suffering from cancer.

The Hospital Foundation launched a fundraiser on Wednesday to help these sick children and their families. The money raised will be used to cover their accommodation, meals, medication, psychological support and interpretation and translation services.

It was the Ministry of Immigration, Refugees and Citizenship that approached various pediatric hospitals in the country, including the Montreal Children’s Hospital, to take care of young Ukrainians in need of care. The Montreal establishment does not yet know how many patients will come to Quebec, but they will arrive soon, confirms the McGill University Health Center.

“These children and families will arrive in Montreal with very little,” laments Renée Vézina, President of the Montreal Children’s Hospital Foundation. Some families will also arrive in a “state of shock”, she adds.

Having a child with cancer is terrible. But having to stop the treatments abruptly [à cause de la guerre]moving to a new country and trying to understand the language is unimaginable.

Psychological help will be made available to all children and their family members.

The Foundation hopes to raise $100,000, but depending on the number of sick children who need to be cared for, the goal could be increased. Former Montreal Canadiens star player PK Subban also announced on social media that he would match each donation up to $100,000.

“The children will be treated at the hospital, but the money raised as part of the fundraiser will mainly be used for those around them. Because these children, they will arrive with a parent, maybe two, as well as their brothers and their sisters, ”says Ms.me Vezina.

Welcoming children with cancer poses a challenge, as they are immunosuppressed patients. Their immune system is very weakened by chemotherapy treatments.

The task of finding accommodation for these Ukrainian families will fall to the social services of the hospital. A donor to the Foundation – an anonymous real estate developer – has also offered some accommodation to accommodate the refugees.

Sick children whose condition does not require full-time hospitalization will not be able to use public transport to get treatment, as this would put their health at risk. The money raised through the fundraising campaign will also be used to pay for transportation between their accommodation and the hospital.

These first patients will be treated in the oncology department, but the Hospital has nevertheless been informed that other children suffering from other illnesses may need care in Montreal.

Everyone wonders what we can do besides sending clothes to Ukraine? There, we have the opportunity to do something. It is concrete. Sick children come here, to Montreal, and we will be able to house them, help them. If the Montreal community embarks on this project, it will be fantastic.

“We will be ready”

The CHU Sainte-Justine has also said it is ready to welcome refugee children if the Government of Canada asks it to. “When they arrive, we will be ready to care for them, support them and accompany them in this difficult situation,” explained Lucie Dufresne, assistant to the establishment’s communications director.

The CHU de Québec-Université Laval has not yet received confirmation, either, that it will welcome patients from Ukraine. “Details concerning the current situation are currently being discussed by the ministries,” explains Marilou Couture, communications advisor at the Center mère-enfant Soleil.

Immigration Canada has not released the number of children who will be cared for in children’s hospitals across the country “due to the Privacy Act “. In Europe, 10,000 hospital beds have been reserved for Ukrainian patients, children and adults.