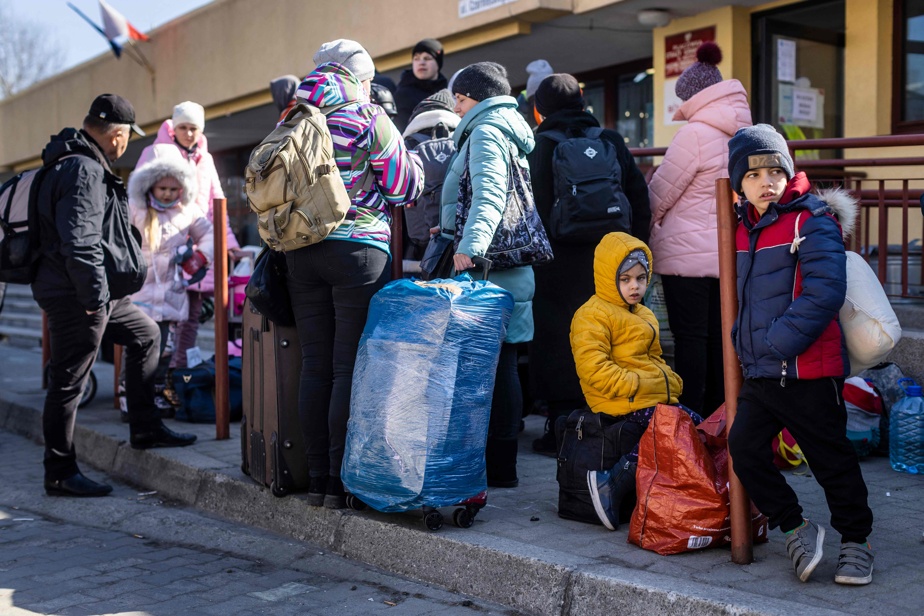 (Ottawa) Immigration Canada’s new program aimed at quickly welcoming Ukrainians who have fled the war will finally allow people whose applications are accepted to stay in the country for up to three years.

When the government announced its intention to set up this program, the Canada-Ukraine Emergency Travel Authorization (AVUCU), the maximum period of the measure was instead set at two years.

“We are at the side of Ukraine”, launched on Twitter the one who was not immediately available to grant an interview to The Canadian Press.

Immigration, Refugees and Citizenship Canada (IRCC) is committed to processing temporary resident applications within 14 days under its new program “for regular and non-complex cases”, reads a backgrounder published by the Ministry.

“We have increased our processing capacity and we will continue to expedite the processing of applications from the region,” assured Minister Fraser.

Ukrainian nationals and their immediate family members are eligible for AVUCU and Ottawa, as agreed, is waiving any caps on applications that can be accepted.

Thresholds exist for other types of applications, i.e. those “for resettlement as refugees and for the permanent residence streams”, specifies the IRCC backgrounder attached to the press release. of Thursday’s announcement.

The goal of the AVUCU is to allow Ukrainians to settle in Canada, but then to decide where they wish to settle in the longer term, Prime Minister Justin Trudeau reiterated on Wednesday.

“If they only want to come until the war is over, we have a special process […] which will not just be a tourist visa, but which will allow them to live, work and find stability for as long as the war could last,” he said at a press briefing.

IRCC is waiving, along with AVUCU, the application fees that would normally have been associated with it. Applicants will also be able to register for an open work permit free of charge.

In terms of employment, Ottawa also launched a web portal on Thursday for employers wishing to help Ukrainians in their own way. The aim is to connect workers from Ukraine with organizations ready to hire them.

Voices have been raised for weeks to demand a complete lifting of visa requirements for Ukrainians, but Canada has so far not acceded to this request.

In the Commons, both the New Democratic Party and the Bloc Québécois expressed themselves in this direction, in addition to criticizing the fact that biometric data is required. Opposition parties are also calling for security checks to be done when Ukrainians arrive in the country rather than being done beforehand.

“Under this special program, applicants are exempted from many of the normal requirements associated with a visitor visa or work permit,” IRCC said in its statement.

It is also emphasized that most services are accessible online and that ministry employees are ready to operate effectively in Europe. IRCC notes in particular in its publications on Thursday that it has dispatched “additional supplies and equipment, such as mobile biometric data collection kits”.

In addition, we invite applicants who do not have a valid passport in hand to apply anyway. The department will be able to provide them with “a one-way travel document on a case-by-case basis, if applicable”.

Ukrainians who are already in Canada as students or visitors can also apply for AVUCU for a three-year temporary residence permit.

Ottawa has also committed to setting up a special family reunification sponsorship program to obtain permanent residence. However, the Trudeau government has not yet announced how it intends to do so.