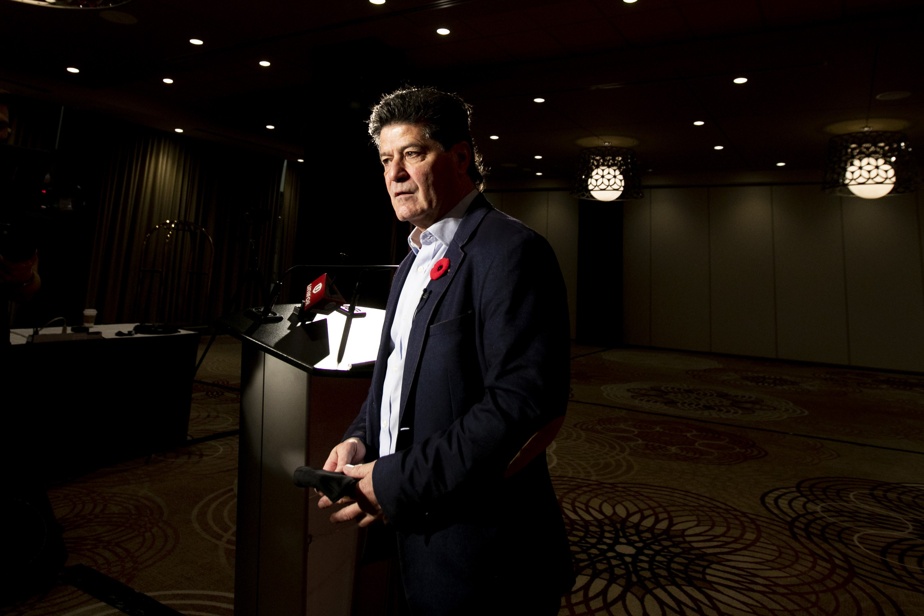 (Toronto) A day after Unifor President Jerry Dias announced his sudden retirement due to health reasons, the national union revealed Monday that it had been investigating him since late January.

The union, which represents 315,000 workers in Canada, did not release details of the complaint, but said Mr. Dias was informed of an independent investigation, which is underway, on January 29, and that he had taken sick leave on February 6.

He was due to retire next August at the Unifor convention, but he informed the National Executive of his immediate retirement last Friday. He then specified that he continued to face health problems, indicated the union on Sunday when announcing the news.

“After eight and a half years, I can proudly say that we have built a great organization and made Unifor the influential and successful union it is today,” he wrote in the press release on Sunday. I have full confidence that the leaders, staff and locals will continue to make Unifor a bold and progressive force for workers from coast to coast. »

The union declined to comment on the case until it receives the investigation report, expected “in the near future”, it says. Unifor’s national executive board plans to discuss the issue at a meeting on March 21.

In Quebec, Unifor has nearly 55,000 members and is affiliated with the Quebec Federation of Labor (FTQ).

A tough and resolute leader

Mr. Dias, who had led the union since 2013, had been re-elected in 2016 and 2019. He was known to be a tough and resolute union leader, ready to do anything to guarantee job security, gains and workers’ rights .

Dimitry Anastakis of the University of Toronto credits Dias with revitalizing Unifor, which he says is now in better shape. But he admits the investigation could damage his reputation. “It’s not (the exit) that you want, and as someone who supports ordinary workers, as we all should be, it does not help,” said the professor of business history Canadian.

News of the investigation is particularly “disappointing” because many unions have a history of internal scandals, he adds, and Mr. Dias had appeared to be reversing that trend — he was “pugnacious, down-to-earth, and an advocate for the regular guy”.

Mr. Dias took over as Unifor leader in 2013, following the merger of the Canadian Auto Workers union and the Communications, Energy and Paperworkers Union of Canada. But his union involvement had begun long before that. The son of union activists, he followed in the footsteps of his father, who was local president at aircraft manufacturer De Havilland in the 1960s and 1970s. Son Dias replaced his father in that role in 1987.

Jerry Dias was a key figure in the negotiation of the Canada-United States-Mexico Agreement, but one of his greatest victories came in Oshawa. It was there that General Motors of Canada announced it would close an assembly plant that employed about 2,600 unionized Unifor workers by the end of 2019.

Furious, Mr. Dias called for a boycott of GM vehicles made in Mexico, as part of a campaign to save the plant. He also released Doug Ford’s home phone number and invited British singer Sting to perform outside the factory in solidarity with the workers.

His efforts paid off in 2020 when, in a dramatic turnaround, GM announced it would reopen the plant, invest up to $1.3 billion and hire up to 1,700 workers.

That year, Mr. Dias also fought for the rights of workers at the Co-Op Refinery in Saskatchewan. He did so with such enthusiasm that he was arrested and faced mischief charges, after Unifor implemented lockdowns as tensions over the pension plan escalated.