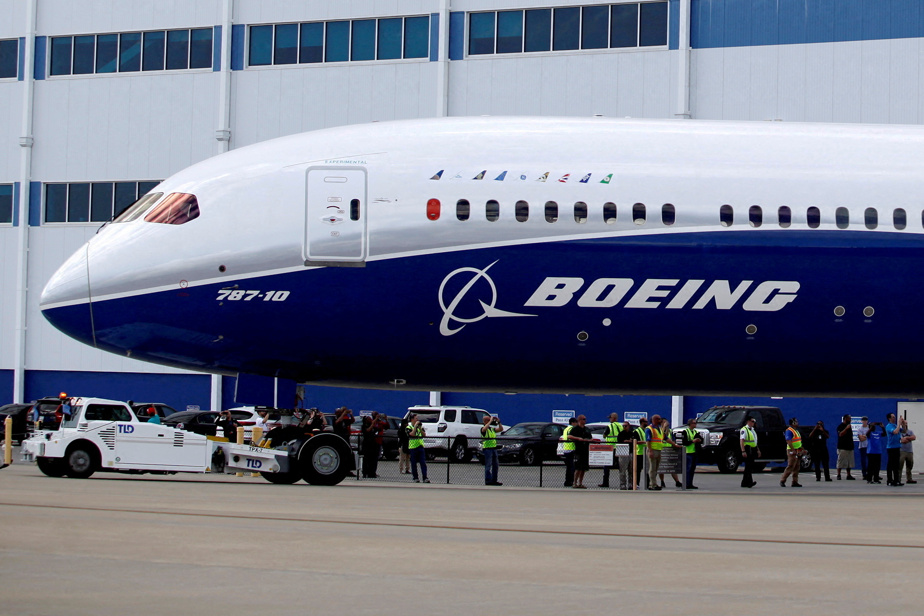 (Charleston) United Airlines on Tuesday ordered one hundred 787 wide-body aircraft from Boeing and optioned % additional aircraft, which represents the largest purchase of aircraft in this category ever made by an American company.

These long-haul aircraft, which recently faced significant manufacturing issues, are due for delivery between 2024 and 2032.

They are intended to gradually replace the company’s aging Boeing 767s, as well as some Boeing 777s, which should lead to a 25% reduction in carbon emissions per seat.

This order “marks a new step” in the positioning of United as a major international company, welcomed its boss, Scott Kirby, in a briefing with journalists.

In the midst of a pandemic, despite the drop in air traffic, the company had decided to move forward.

Betting on a solid recovery in air transport, it had already placed a huge order for medium-haul aircraft in the summer of 2021, with 200 Boeing 737 MAX and 70 Airbus A321neo.

Also banking on a renewed demand for international flights once the health restrictions have been lifted, it has significantly extended its network outside the United States, adding 13 destinations and 40 new lines in two years.

In total, Boeing currently has 530 aircraft destined for United in its order book.

The company plans to finance its new purchases with its cash or possibly with loans if the financial conditions are attractive.

They also bring to the American manufacturer “more margin in the production of the 787”, estimates Michel Merluzeau of the specialized firm AIR. It could make it possible to “relaunch the pace” in its factory in Charleston, South Carolina; “maybe to switch to two production lines,” he says.

With the 787 and 777, Boeing historically dominates this higher-margin market segment, with Airbus rivaling its A350 and A330.

The collapse of long-haul air traffic during the pandemic, however, had plunged the wide-body aircraft market, which was already struggling a little before the spread of COVID-19. But demand is starting to pick up a bit.

Aerospace giants predict demand for new long-haul jets will soar, with Airbus estimating it at 7,870 aircraft over the next 20 years, Boeing at 7,230.

The 787 was however still in difficulty recently.

Manufacturing defects were discovered at the end of summer 2020. The device being examined closely, other problems then appeared.

Boeing had to suspend deliveries, from November 2020 to March 2021 initially, then between May 2021 and August 2022. And reduce production rates.

“Despite these small original problems, the aircraft is beginning to have a certain maturity, and it is appreciated by the crews and the passengers”, remarks Mr. Merluzeau.

Boeing’s stock took nearly 3% on Tuesday in electronic trading before the opening of the New York Stock Exchange.